Felicia has been a friend of mine for many years, so when Kenny reached out to me to photograph his proposal to her… I was ecstatic!

He took Felicia back to the spot of their first date: The Bottle Shop! It was a cold Saturday afternoon in late January, but Felicia didn’t suspect a thing when Kenny took her there to enjoy drinks on their outdoor patio. They actually met a friend there, to completely throw her off. Since Felicia knows me, I couldn’t hang out nearby pretending to take photos of random like I sometimes can do. I had to hide really well behind a food truck, my identity covered by a mask, sunglasses and a hat.

So, suddenly the friend had to “take a phone call” and excused herself, and Kenny presented Felicia with a book, full of things he loves about her. The last page read: “I am so in love with you, that I want to marry you!” and that’s when he dropped to one knee and presented a ring. And in between tears, she said YES!

I let Felicia and Kenny take it all in, and enjoy the rest of their drinks, before we took a walk around the block for some “just engaged” photos. It was such an honor to be a part of a special moment for my friends! Happy wedding planning!! 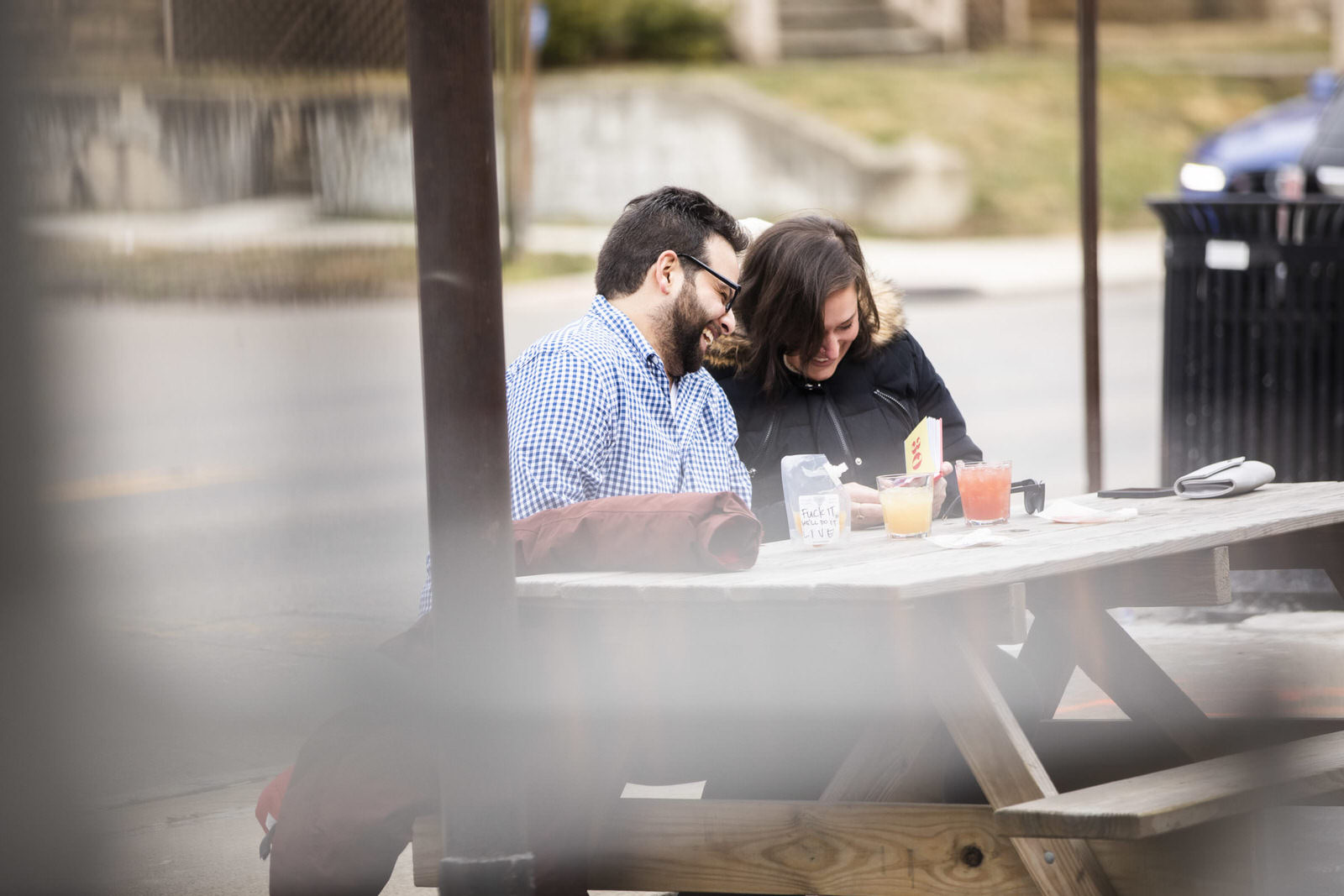 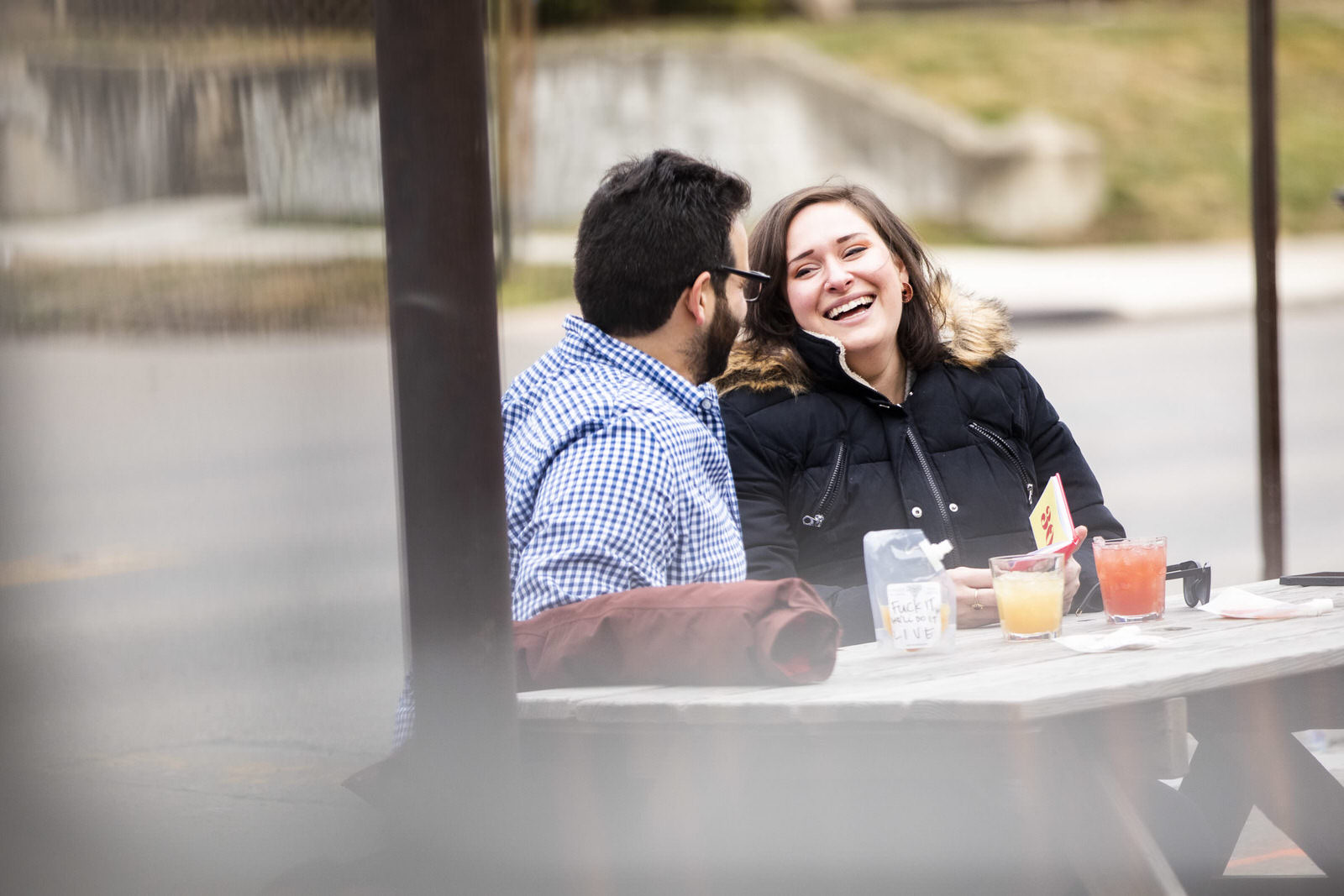 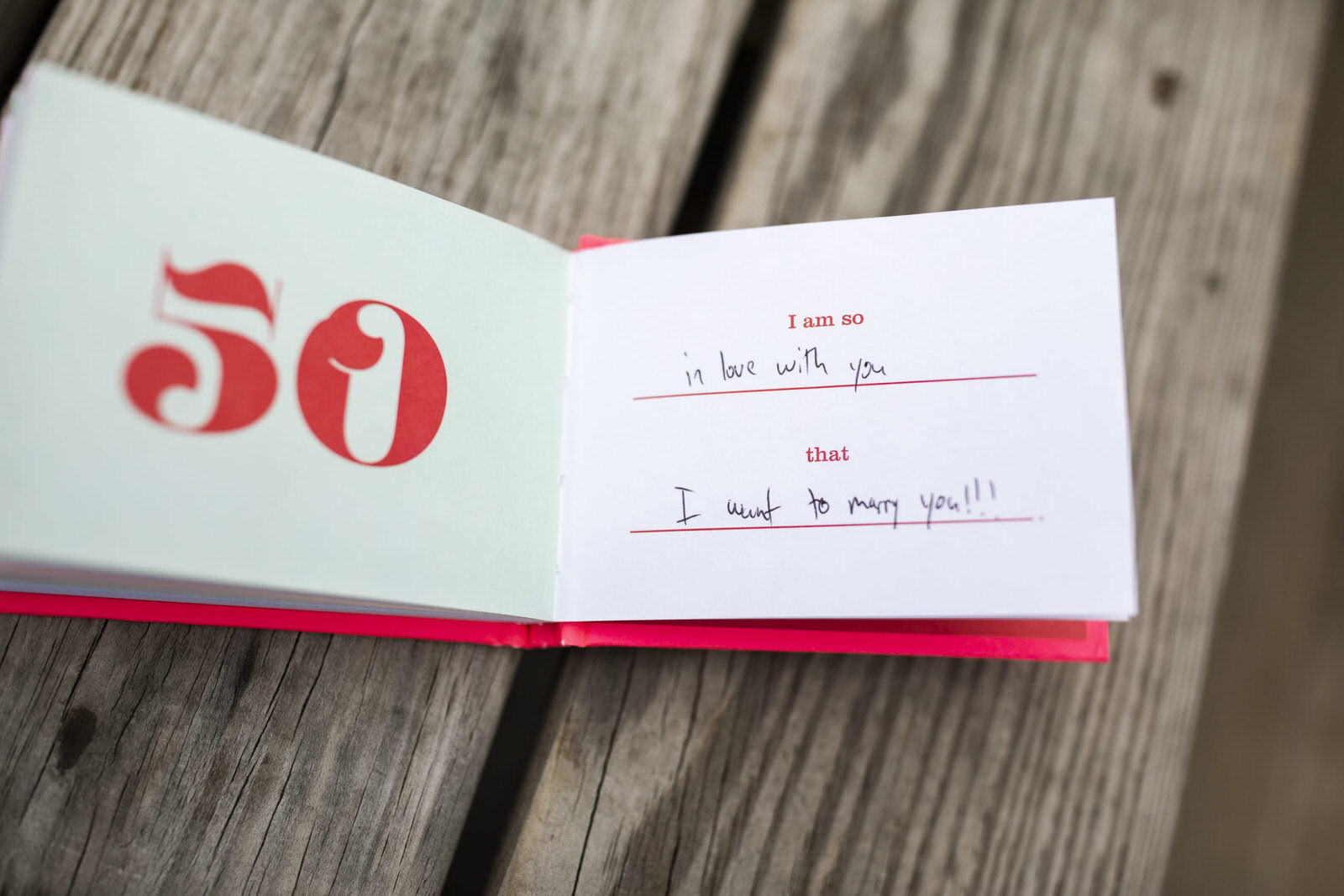 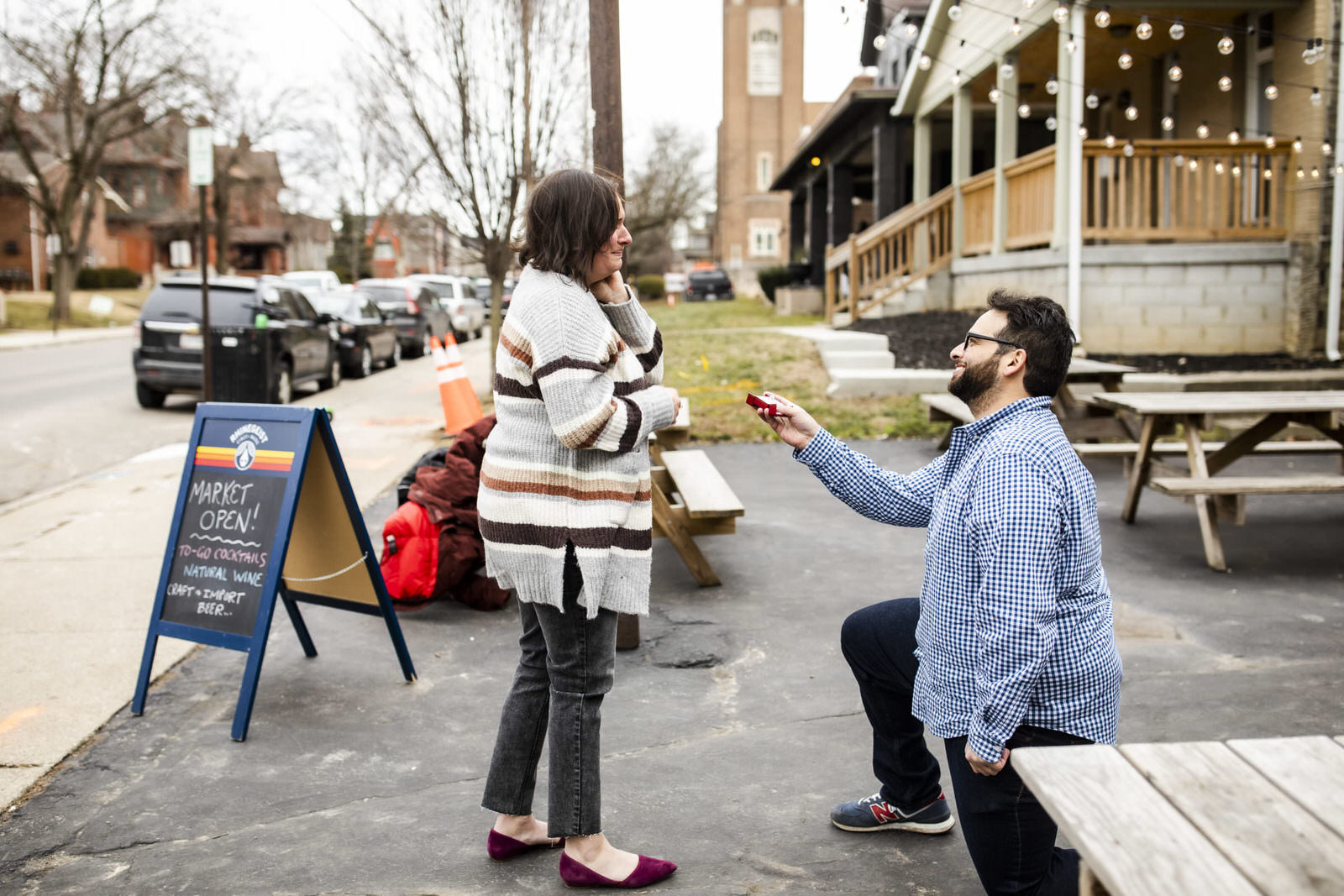 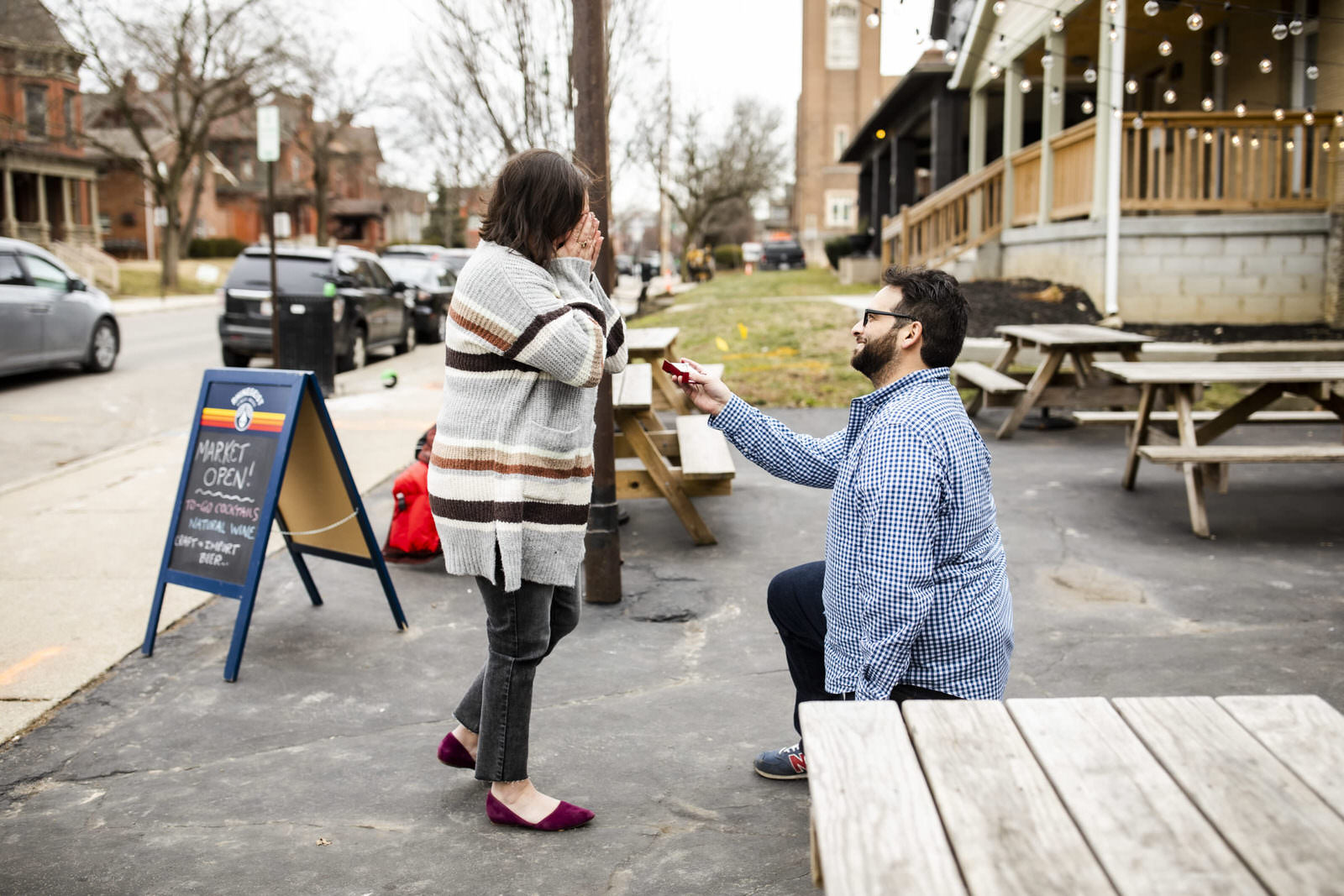 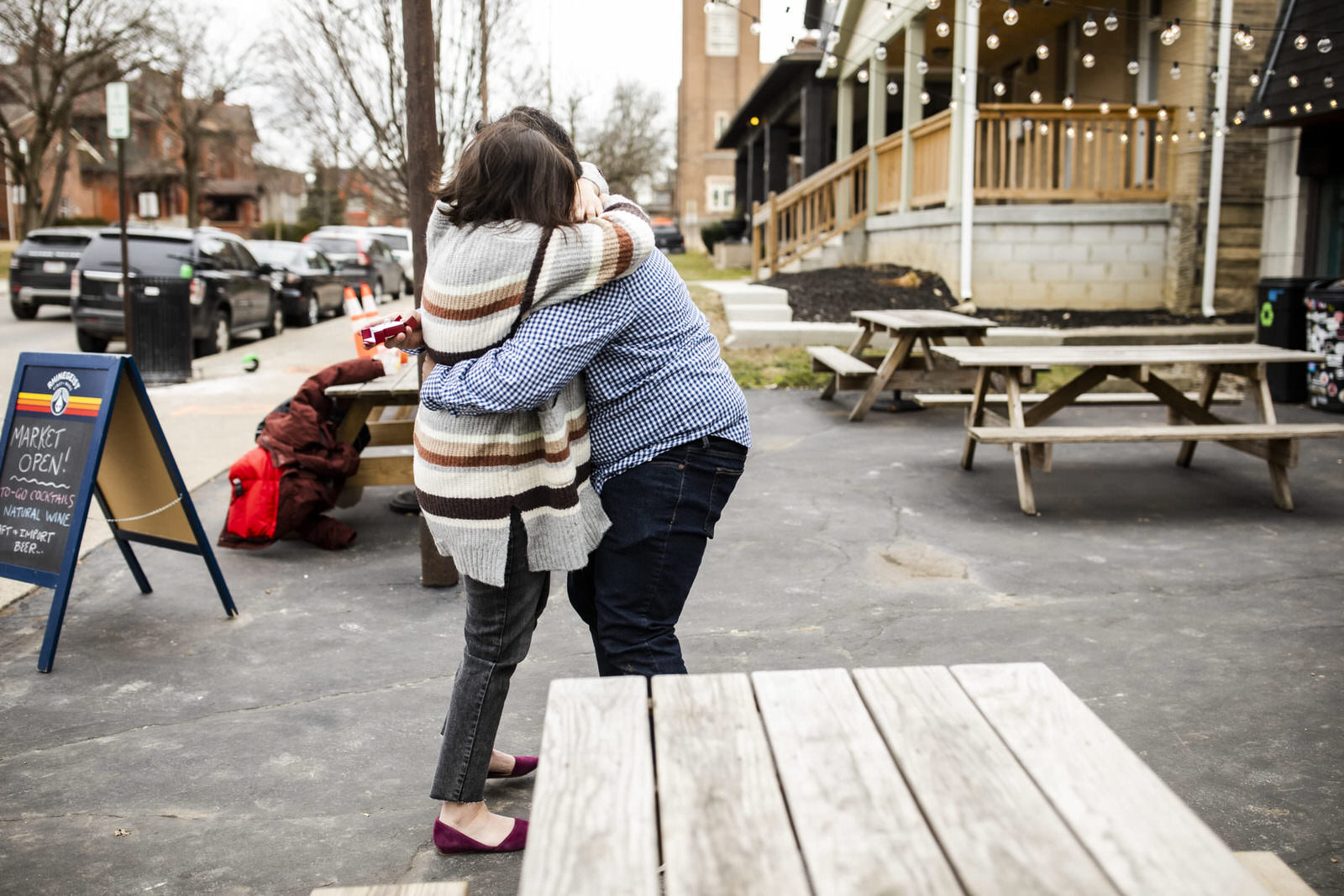 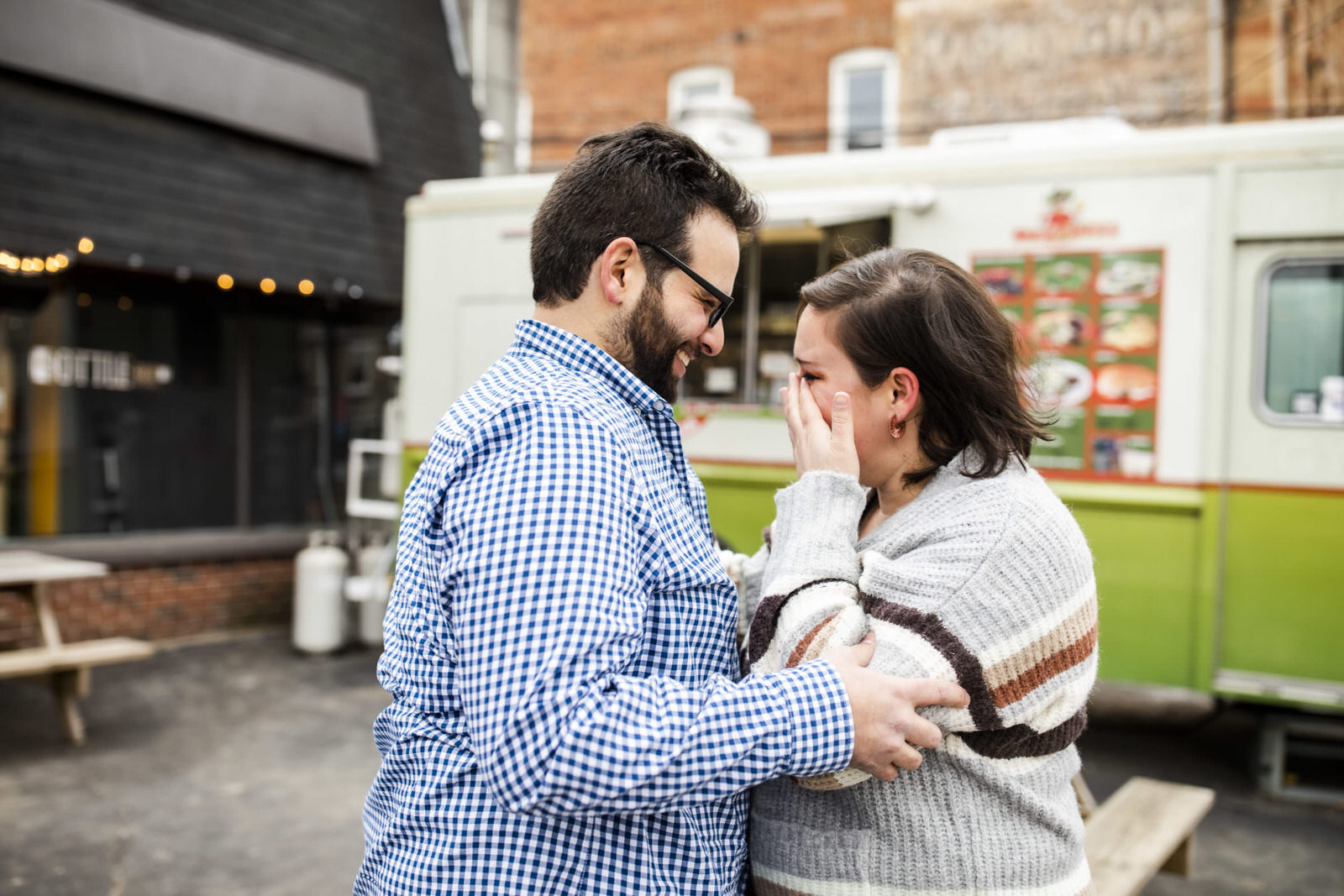 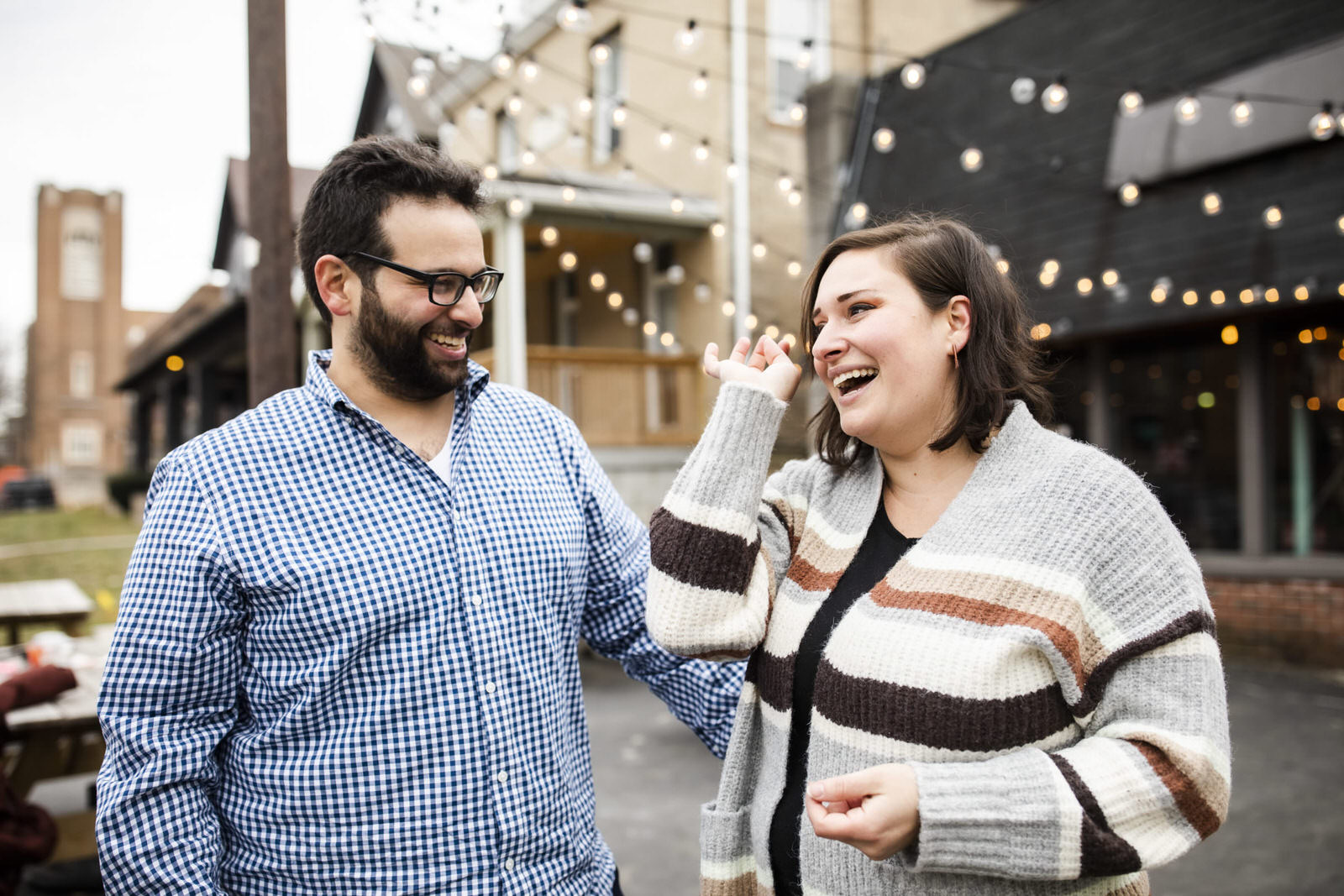 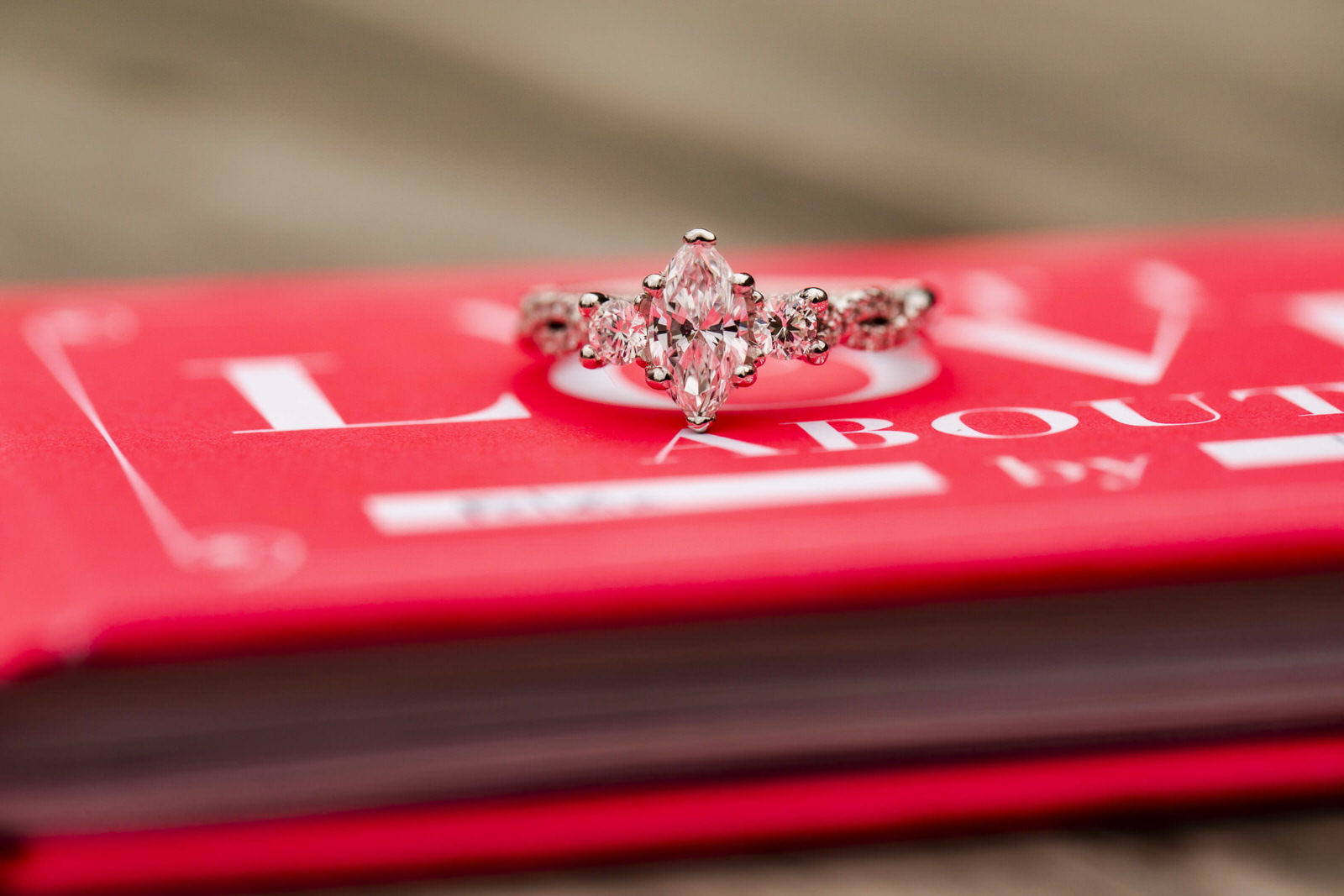 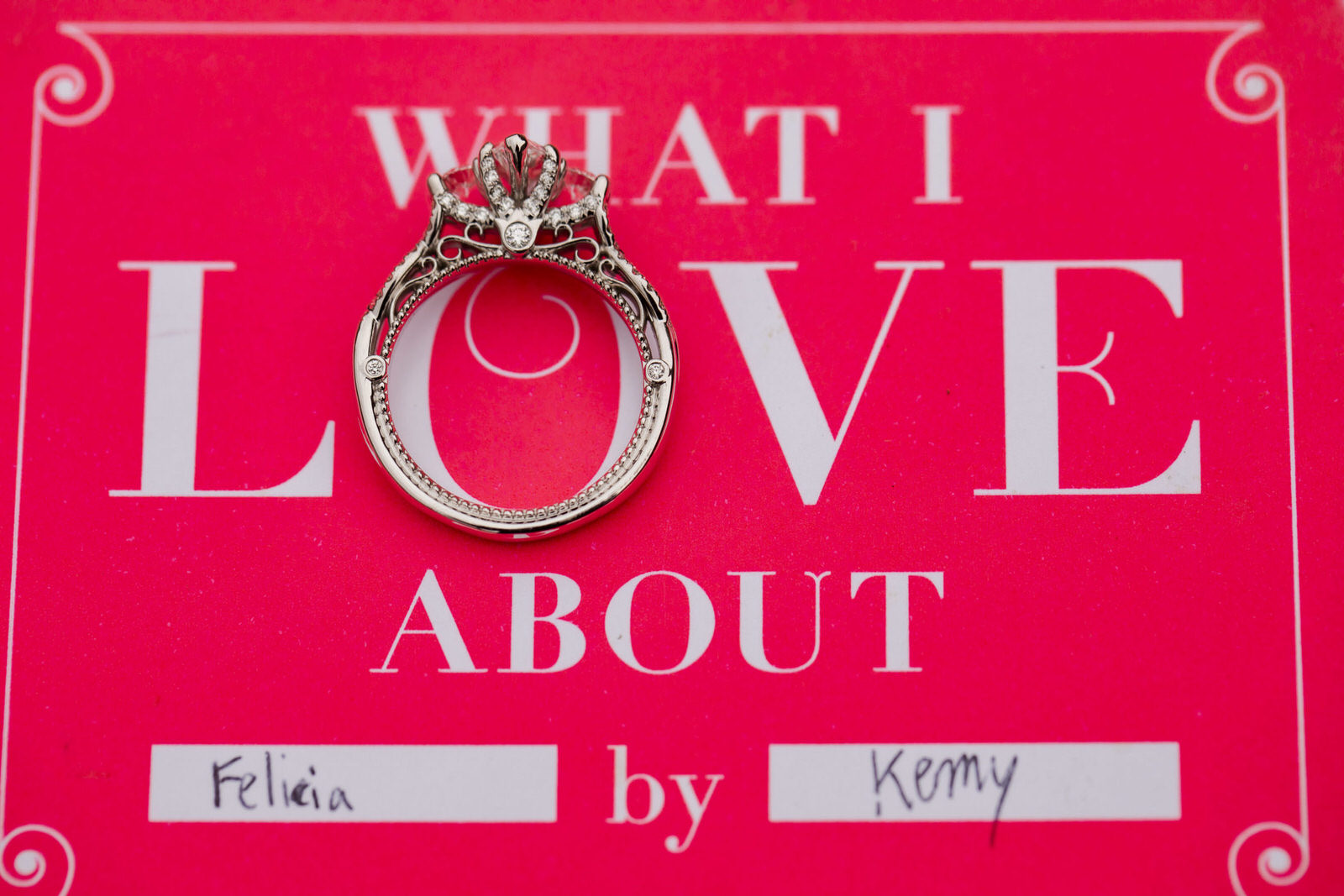 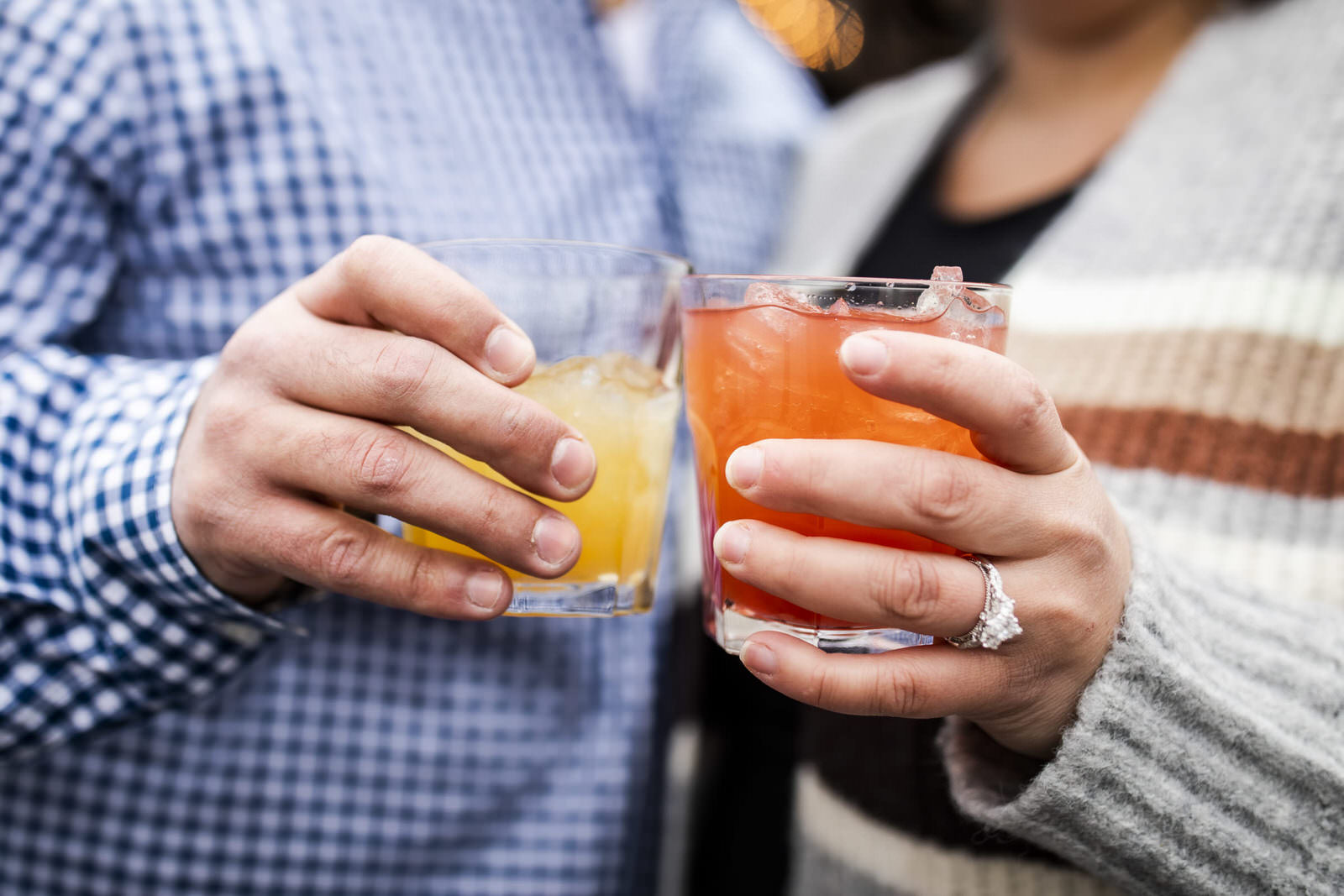 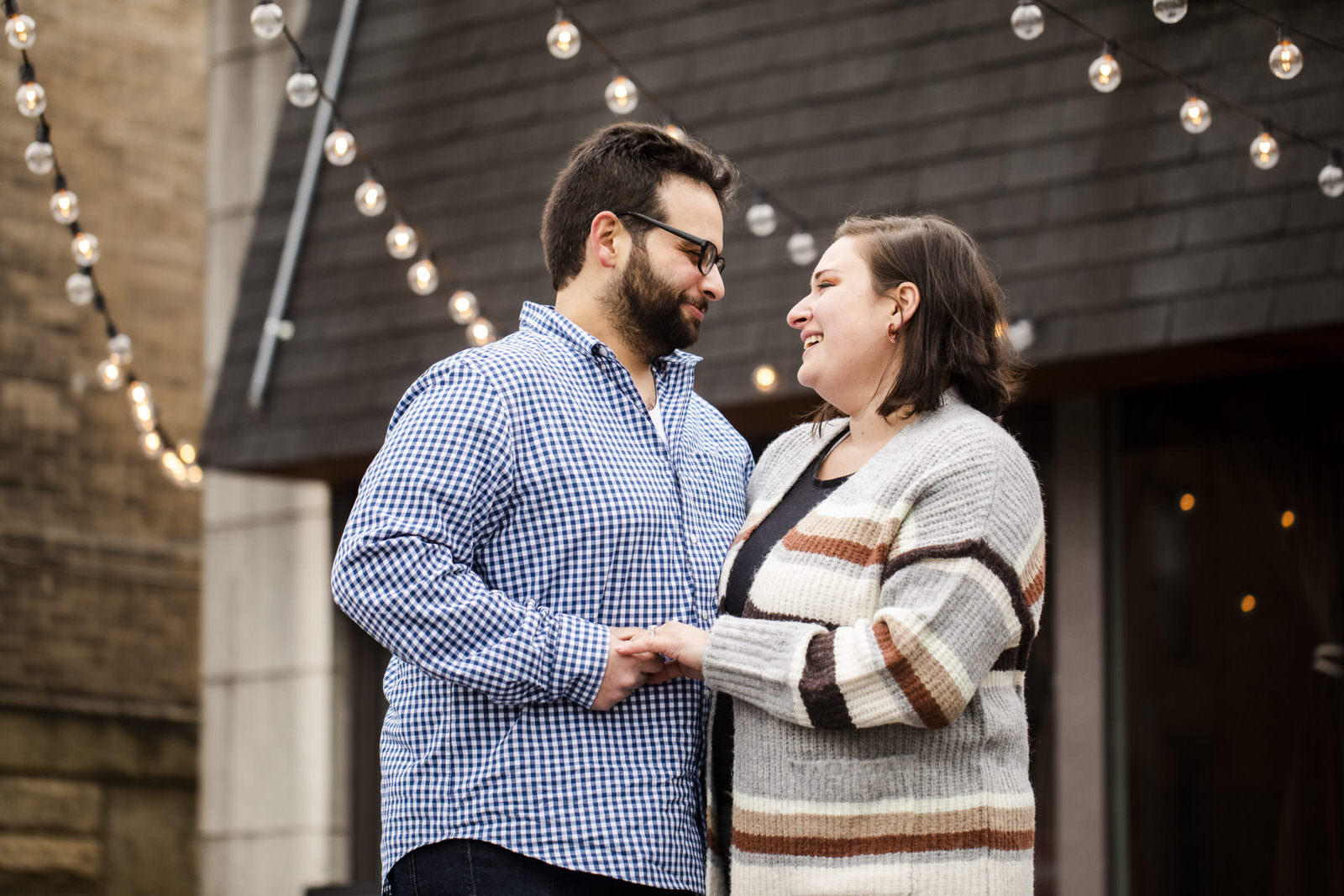 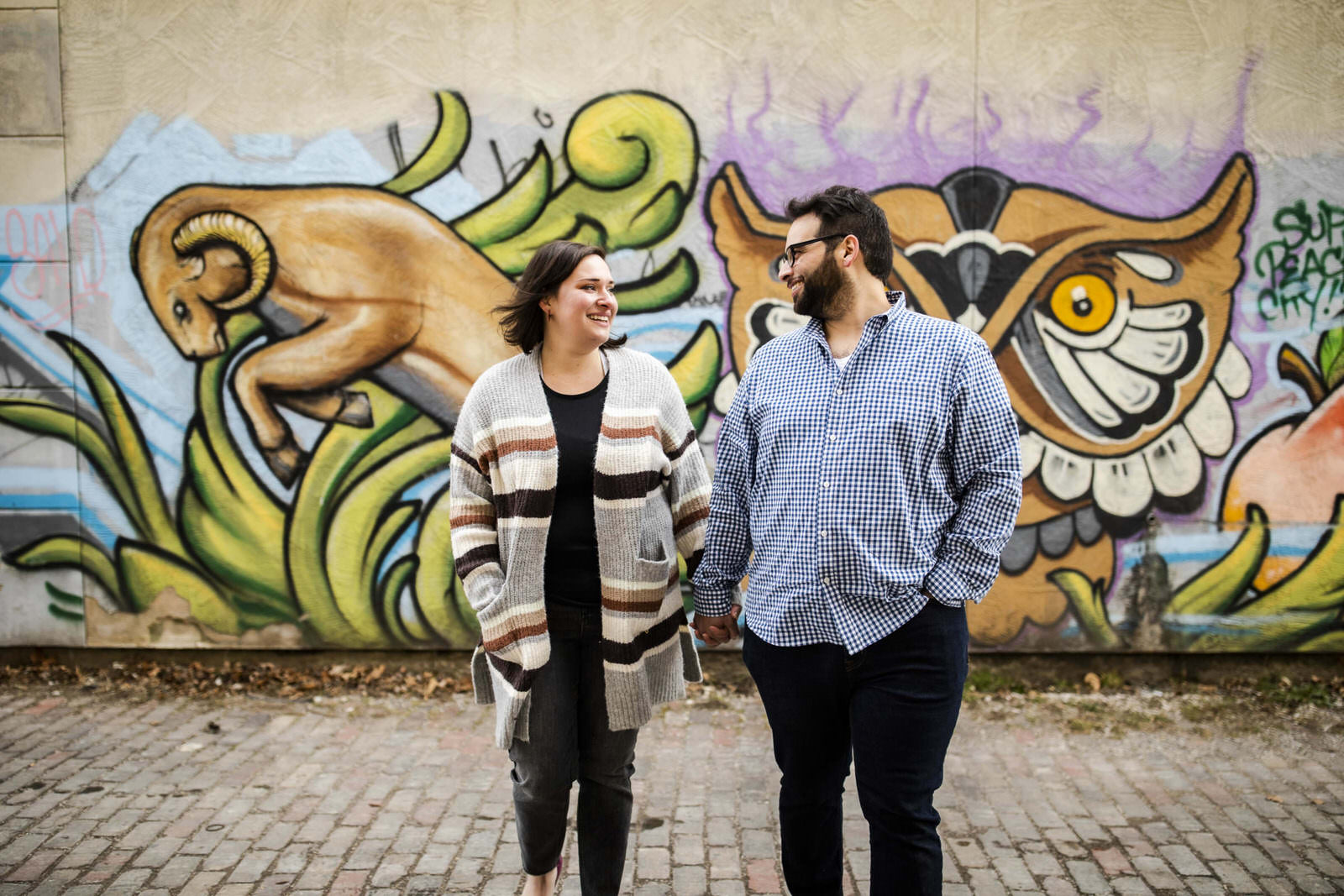 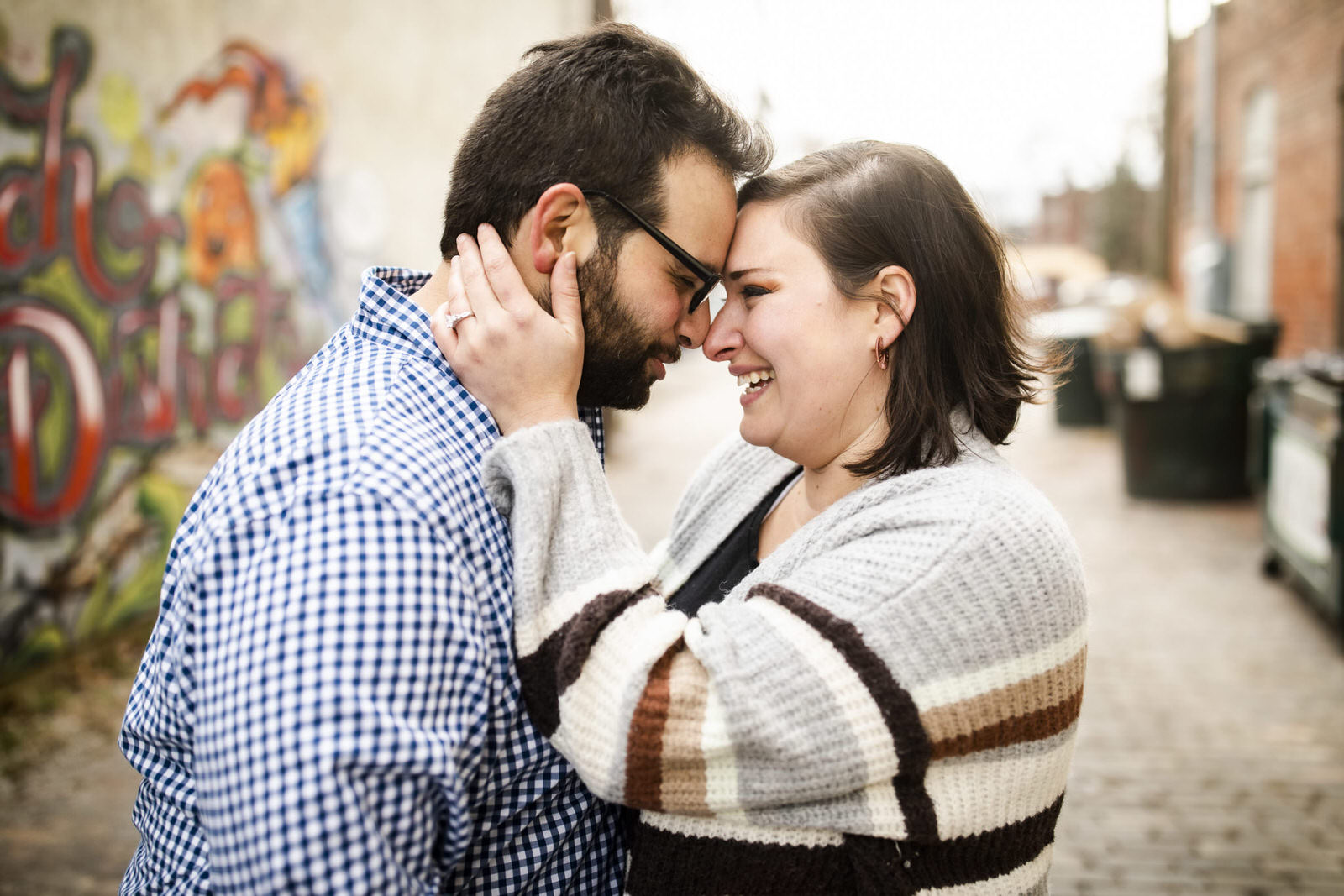 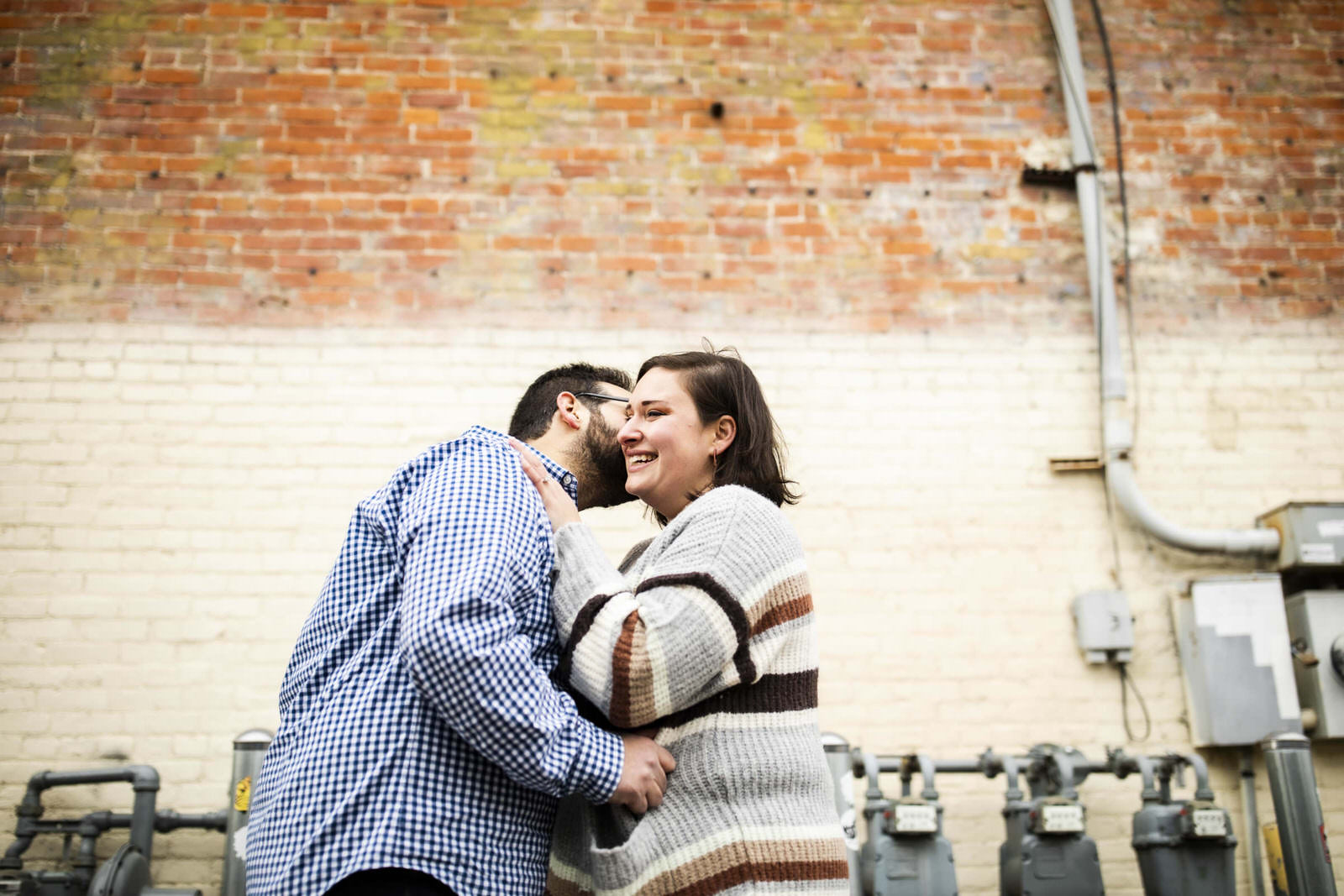 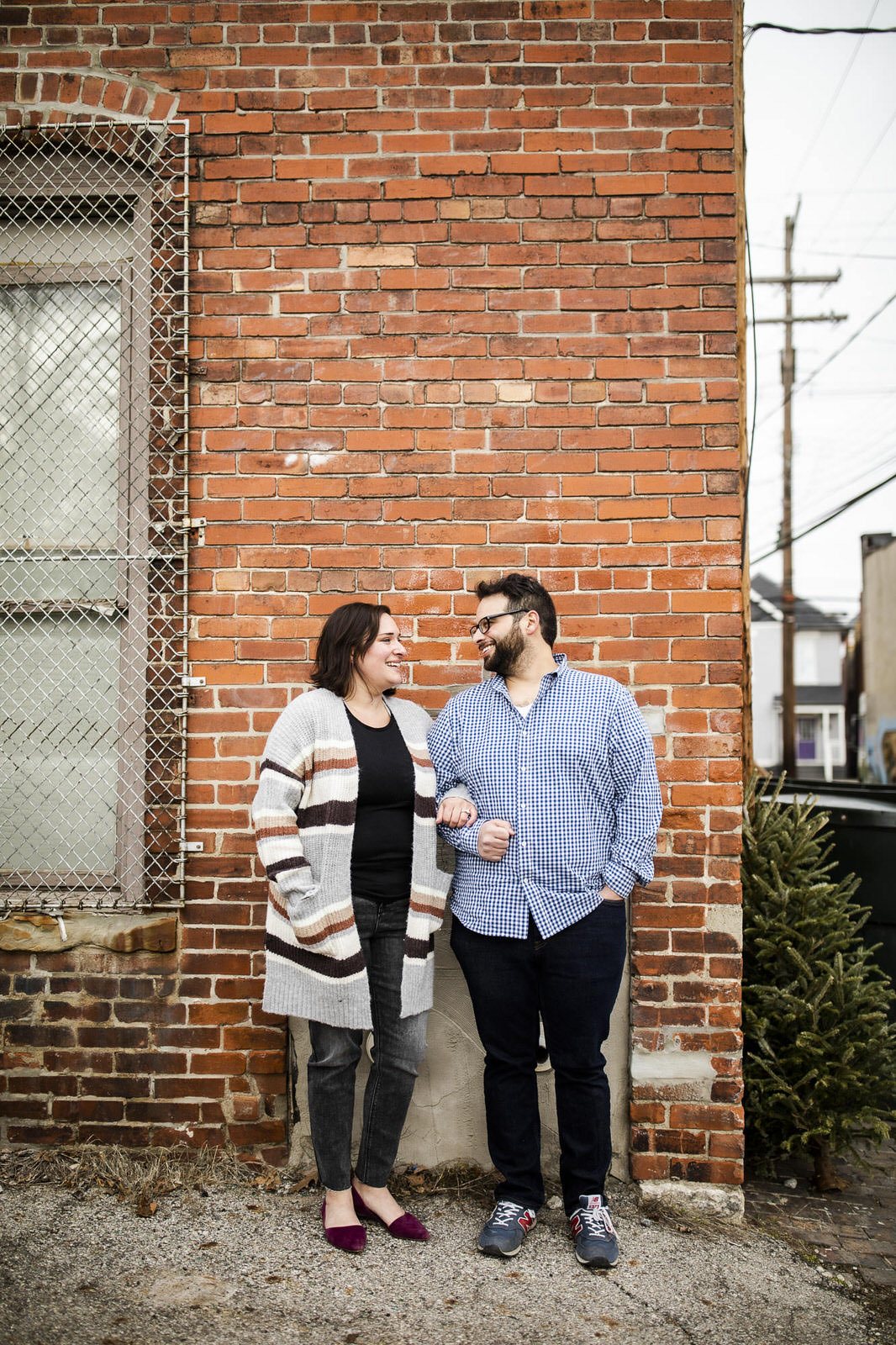 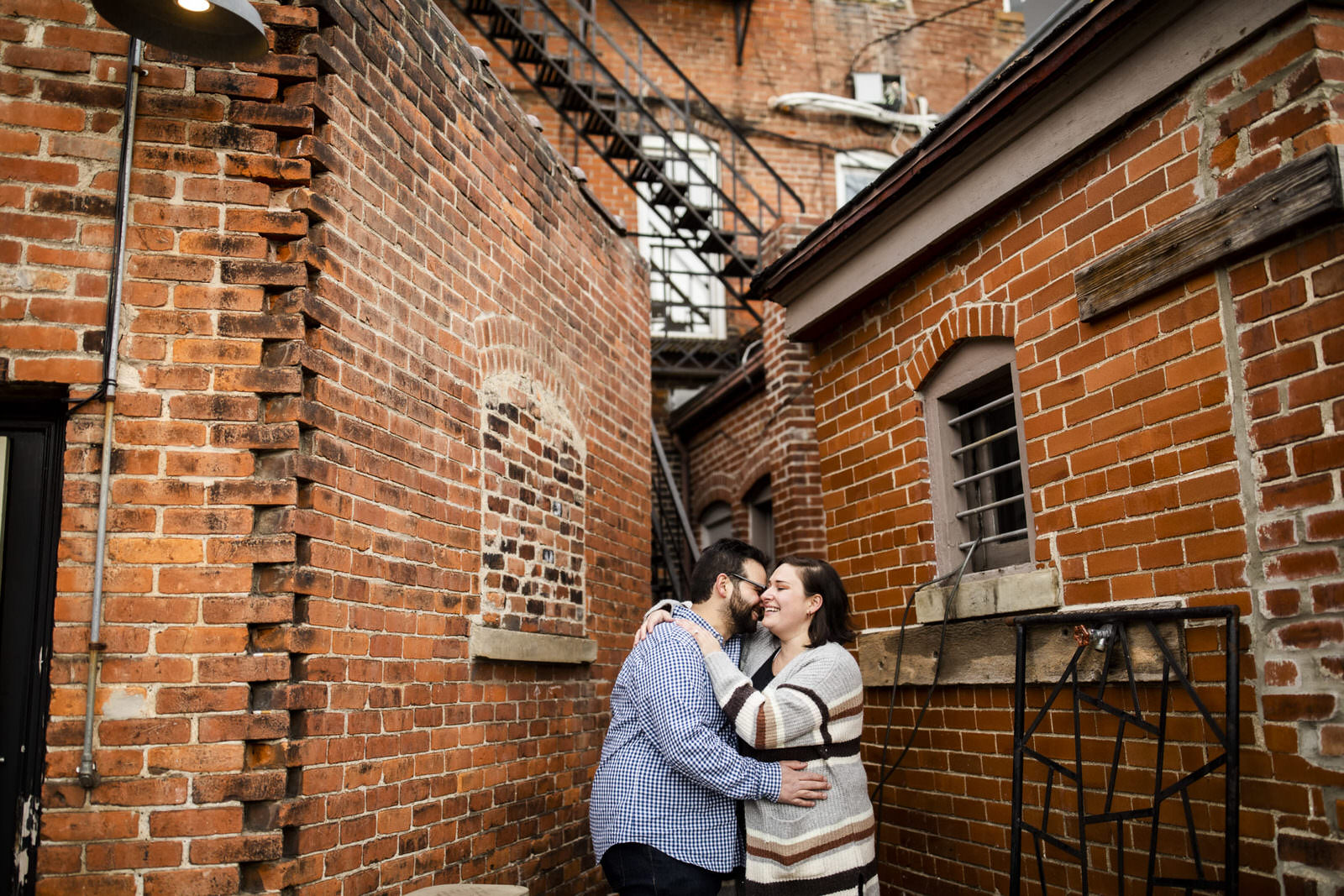 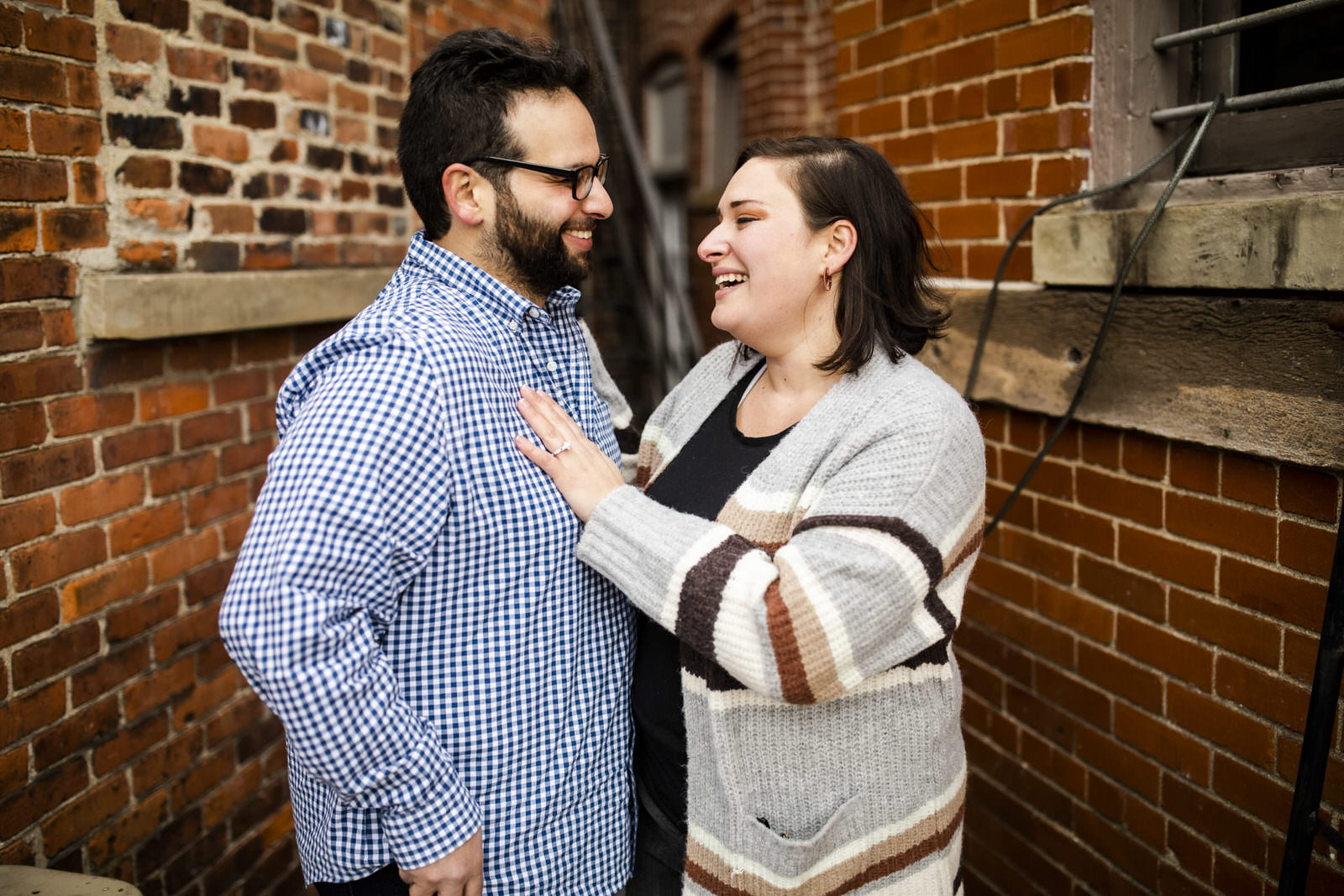 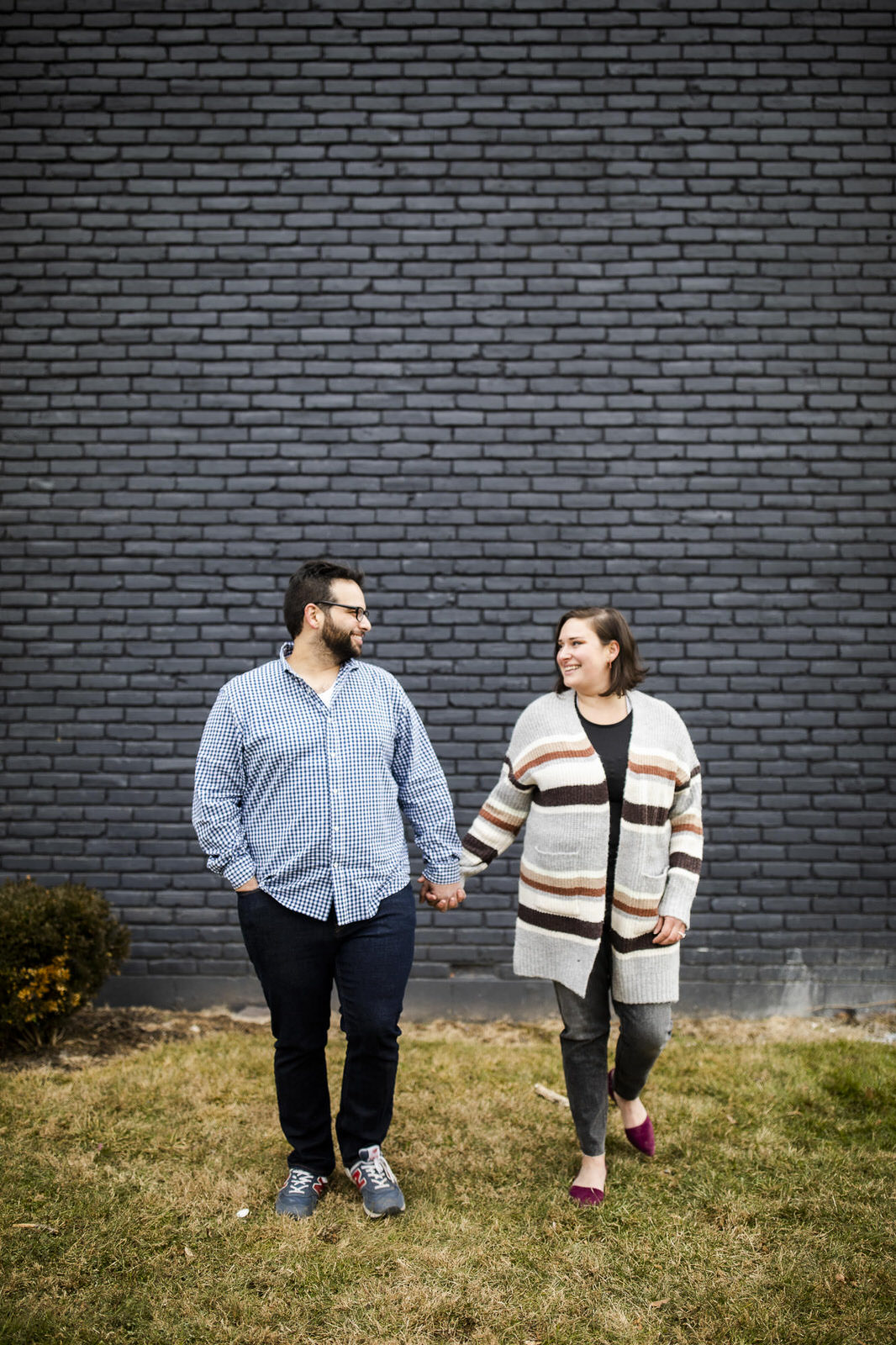 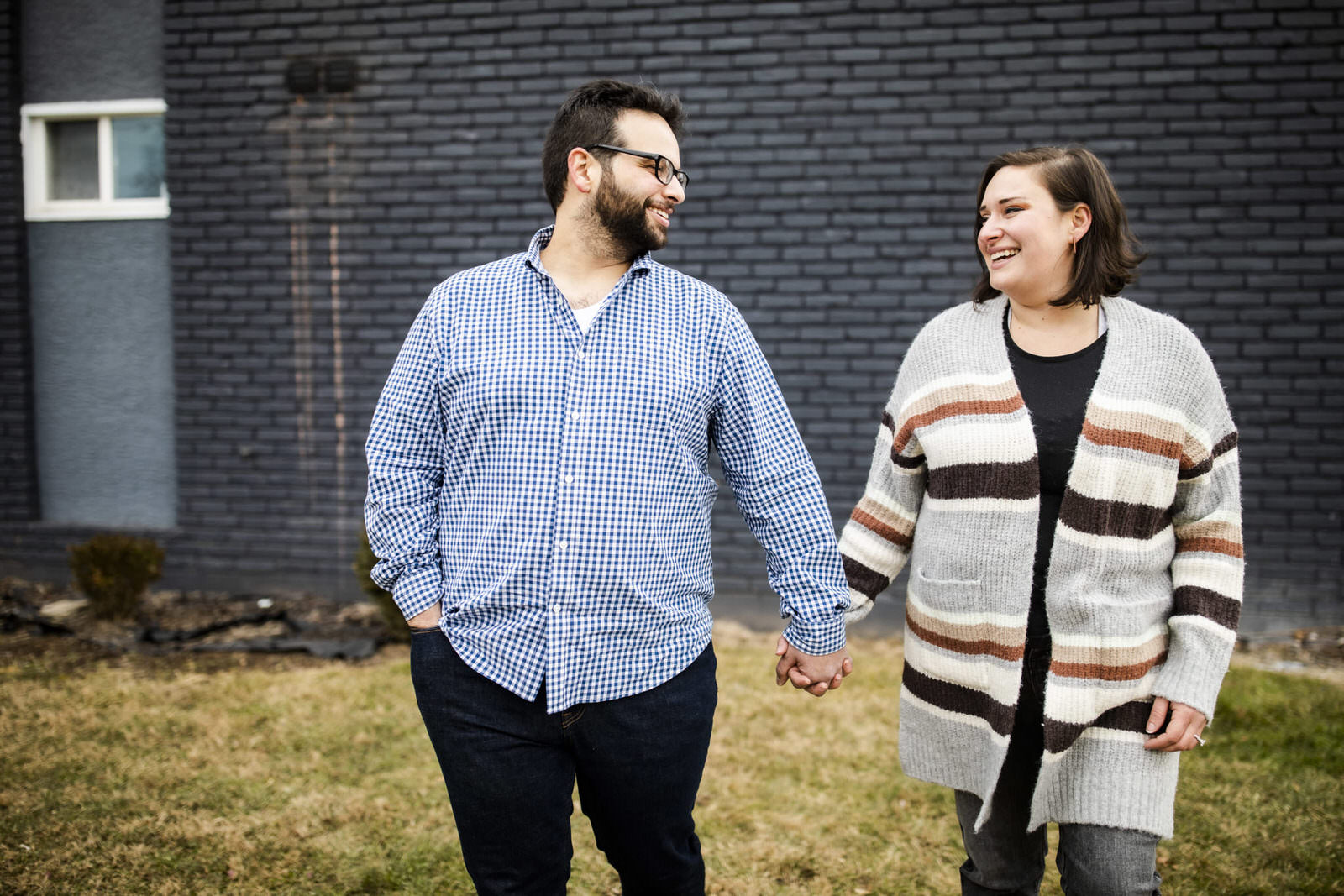 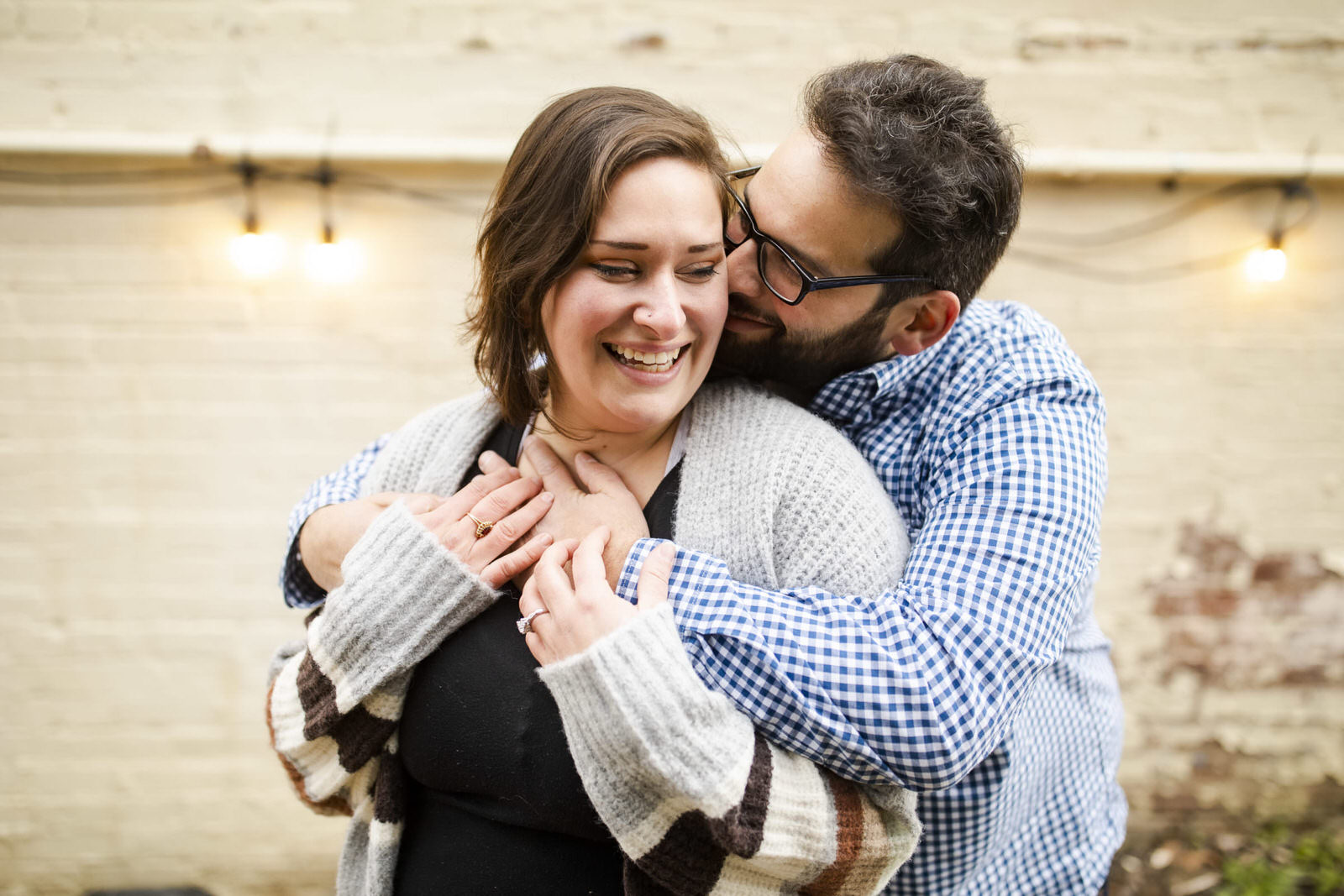 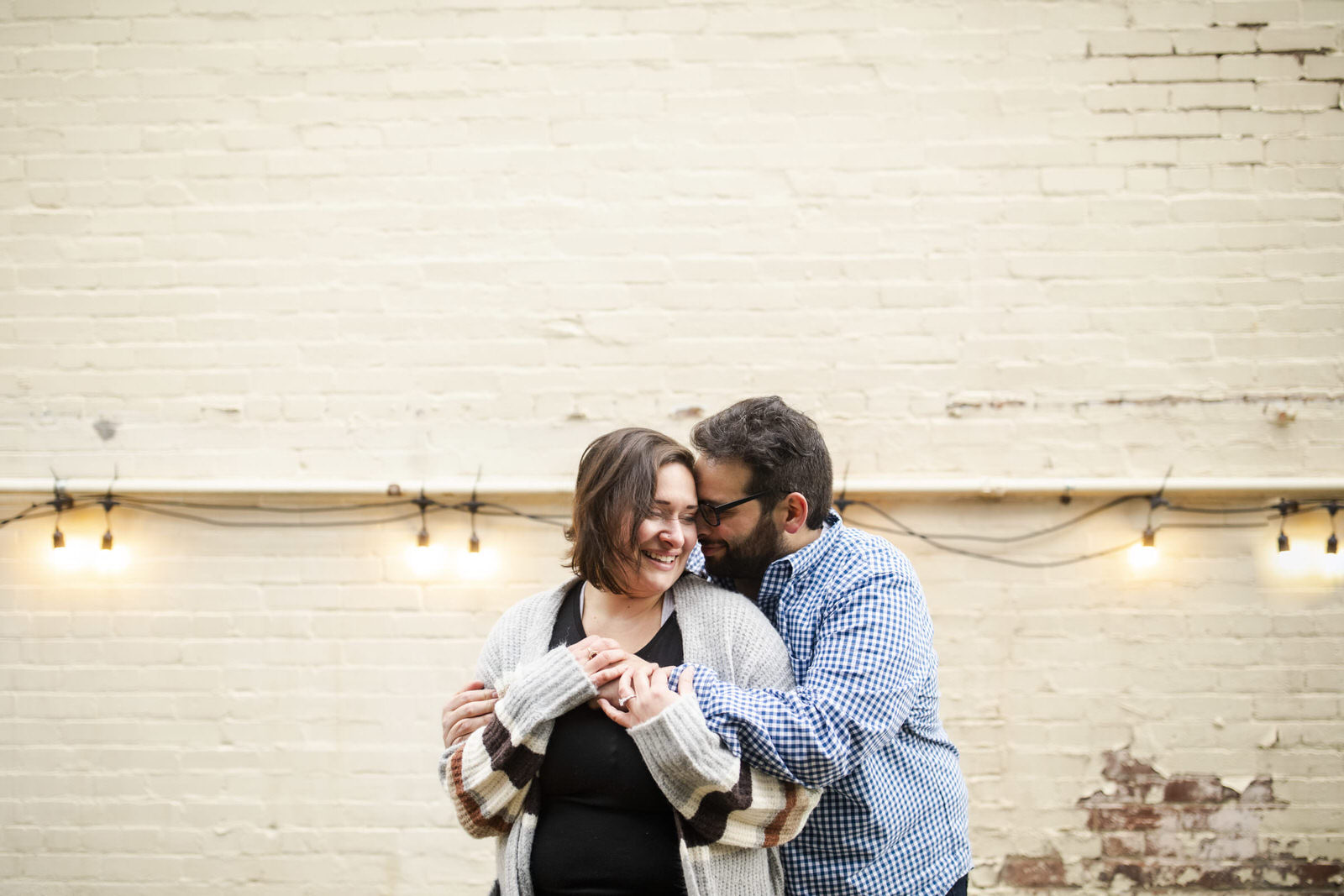 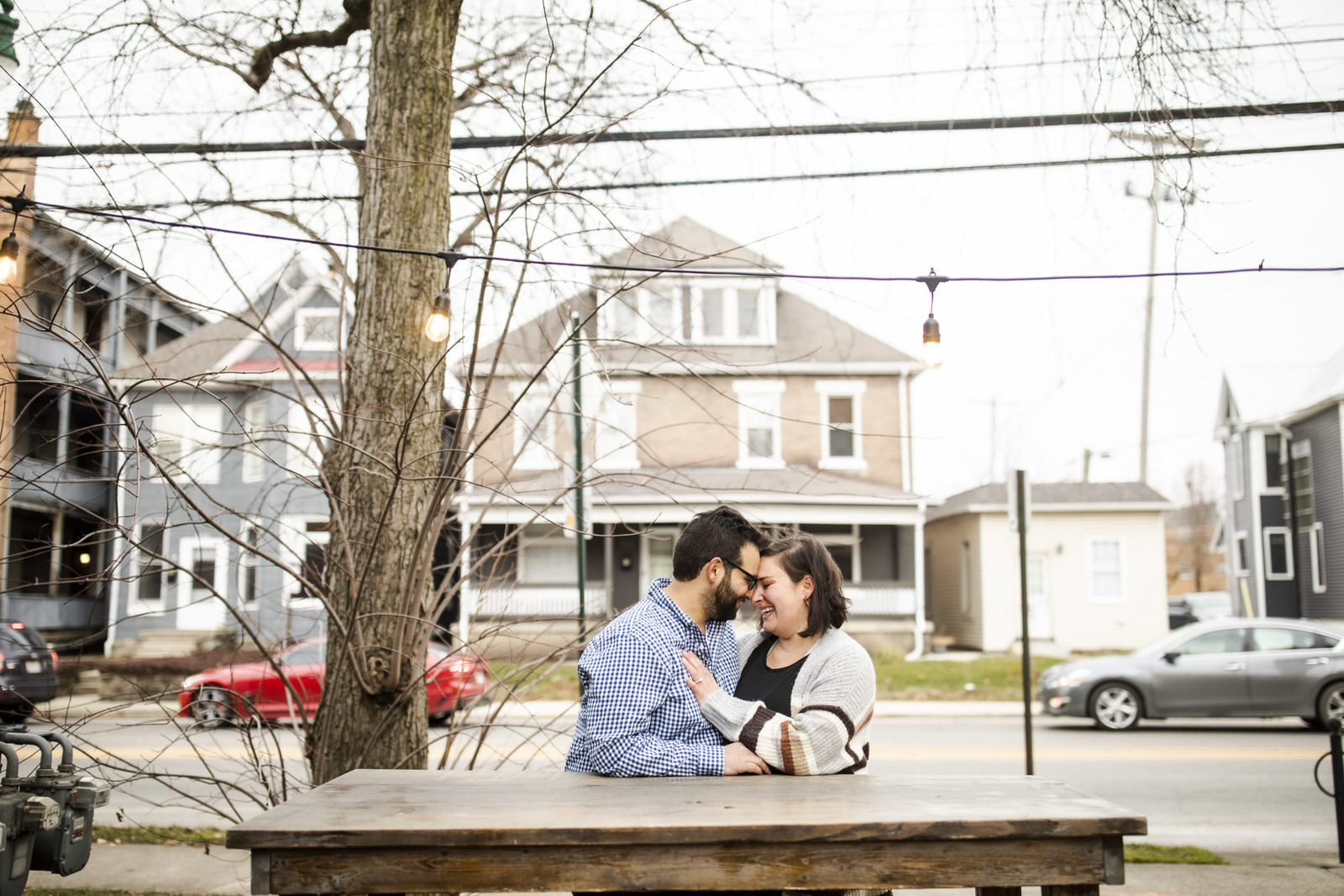 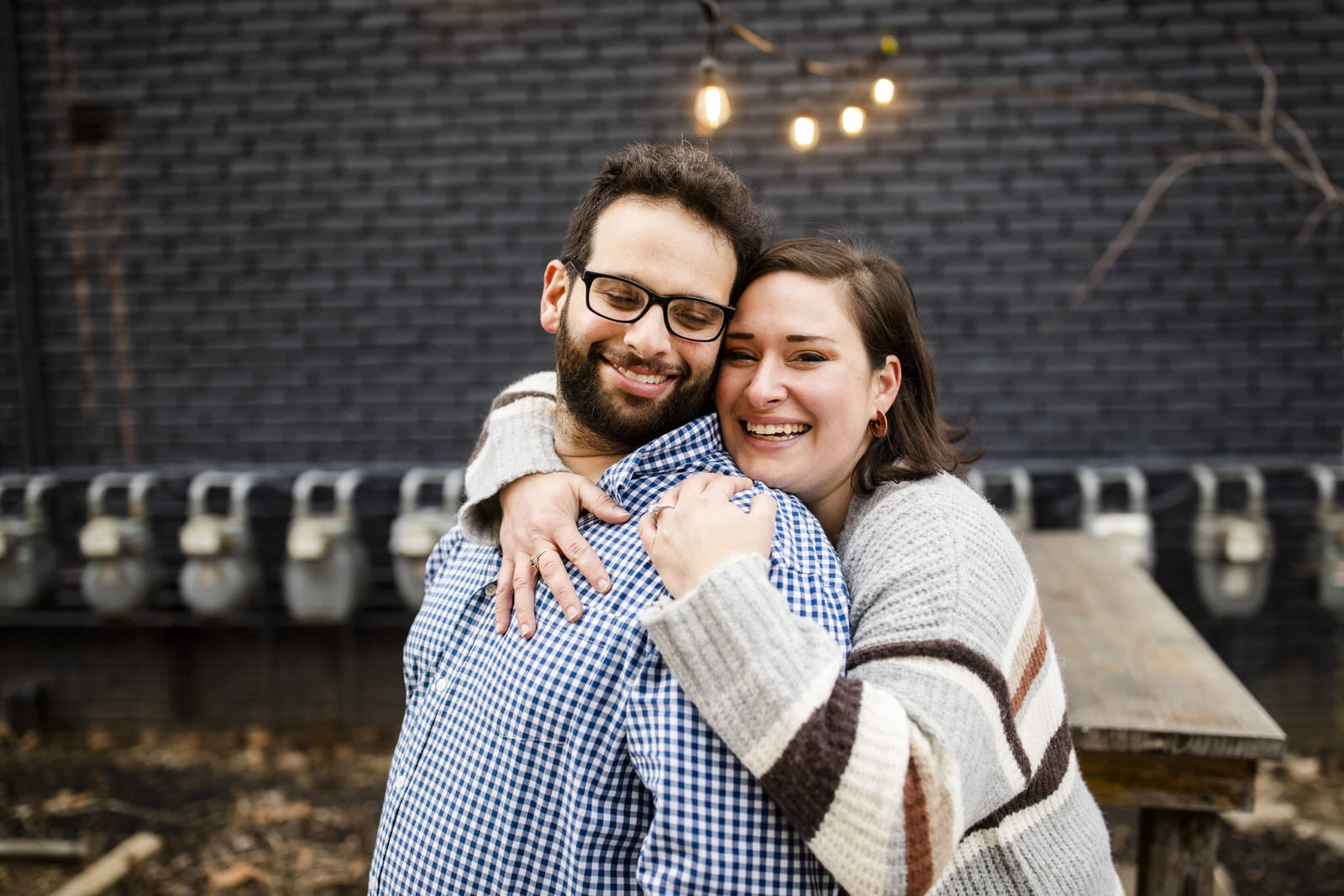 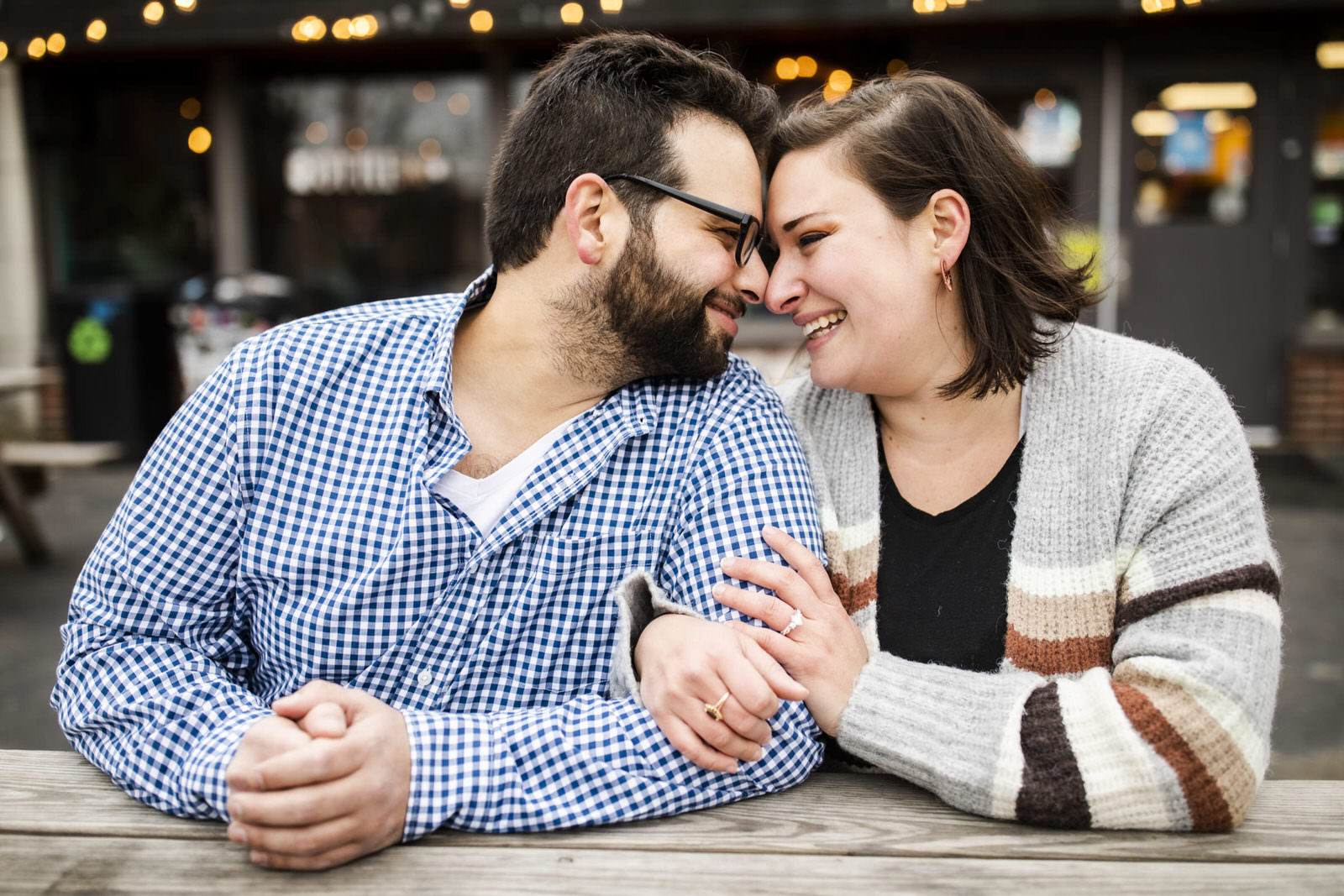