Matt and I first met up back in February to discuss his upcoming March proposal to Elaine – but those plans were put on pause when the pandemic hit! Fast forward to a few months later, we were ready to make it happen, at Dublin’s Bridge Park and on the 4th of July! It was a hot and sunny 92° afternoon that Saturday, and Elaine wondered why they needed to go on a walk on the bridge before their lunch plans. But before long, Matt dropped down to one knee, I appeared with my camera, and it was all clear. Of course, she sad YES!

After wiping away some tears and freshening up, we continued with some portraits on the bridge and went for a little walk nearby, eventually ending in Old Dublin. We even stumbled upon a very patriotic American flag on display, a fitting end to our Independence Day proposal. Congratulations to the newly engaged, and happy wedding planning! 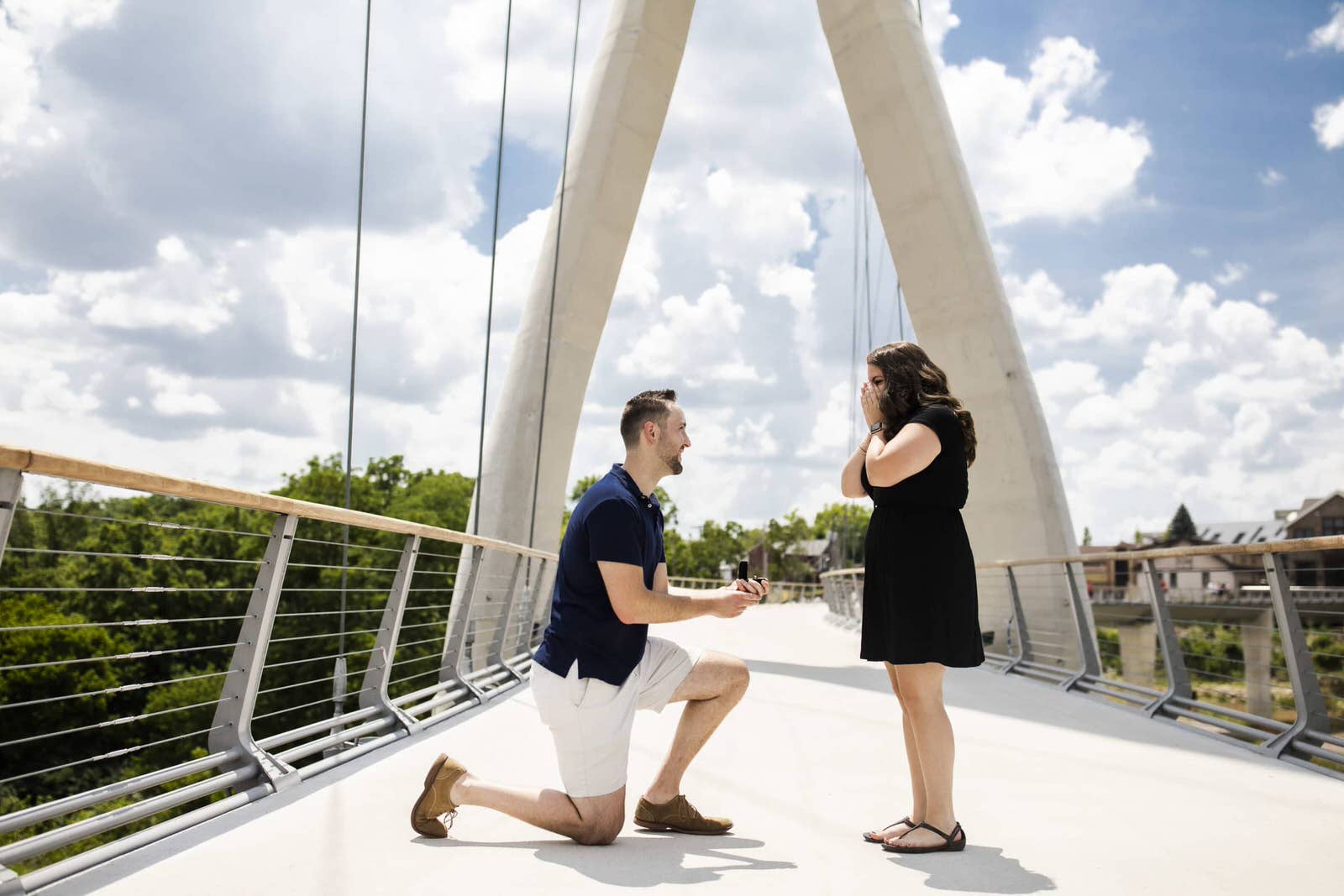 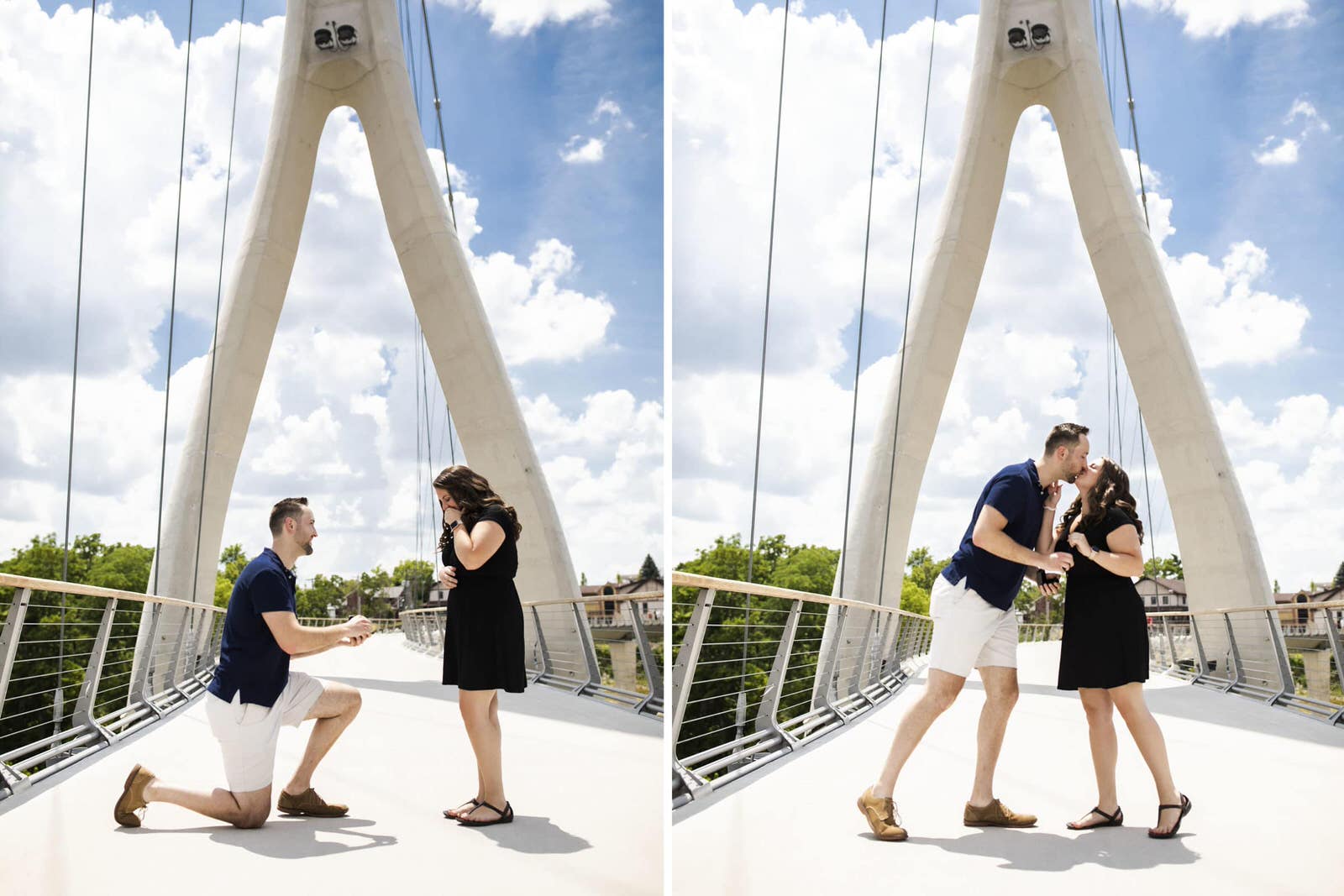 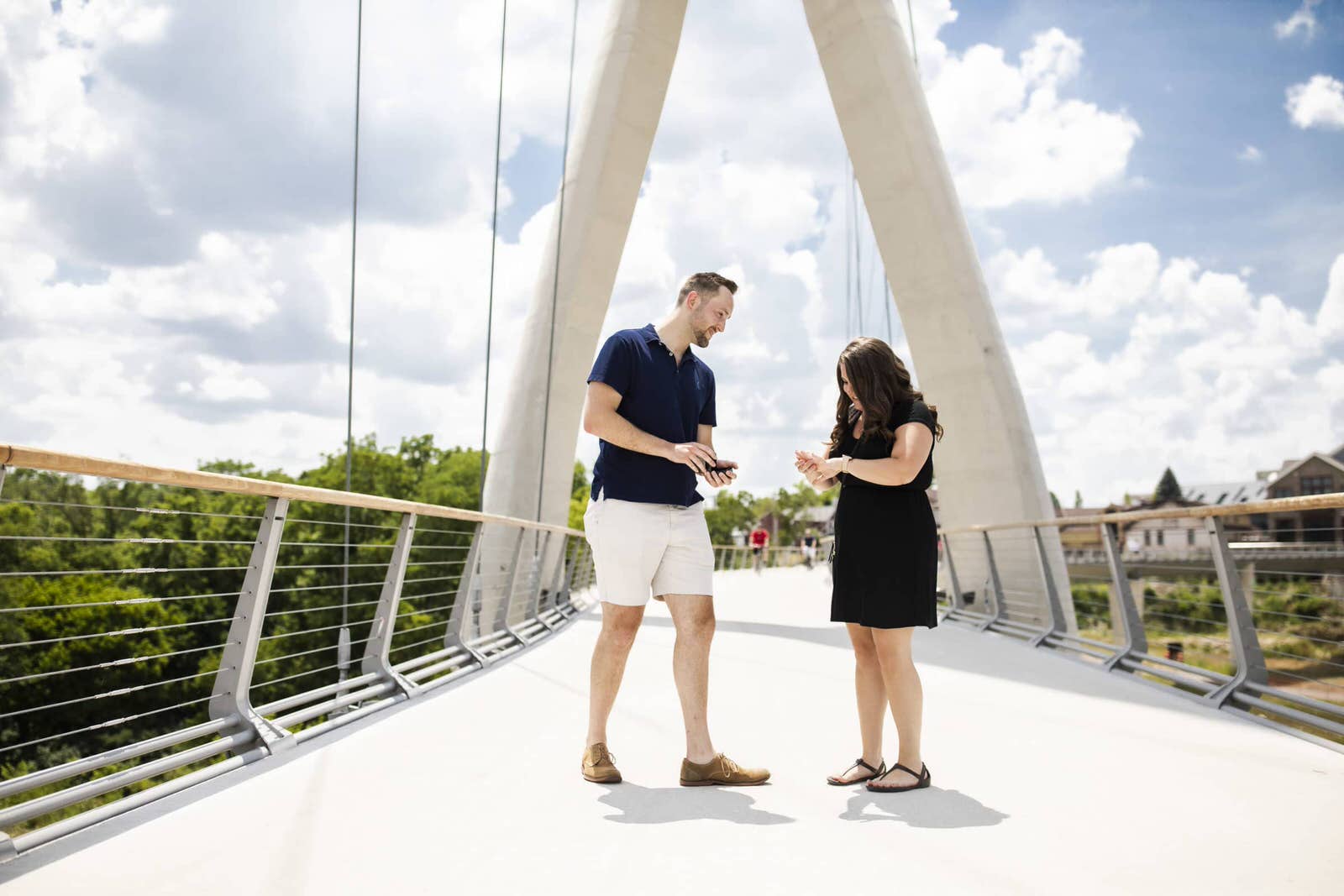 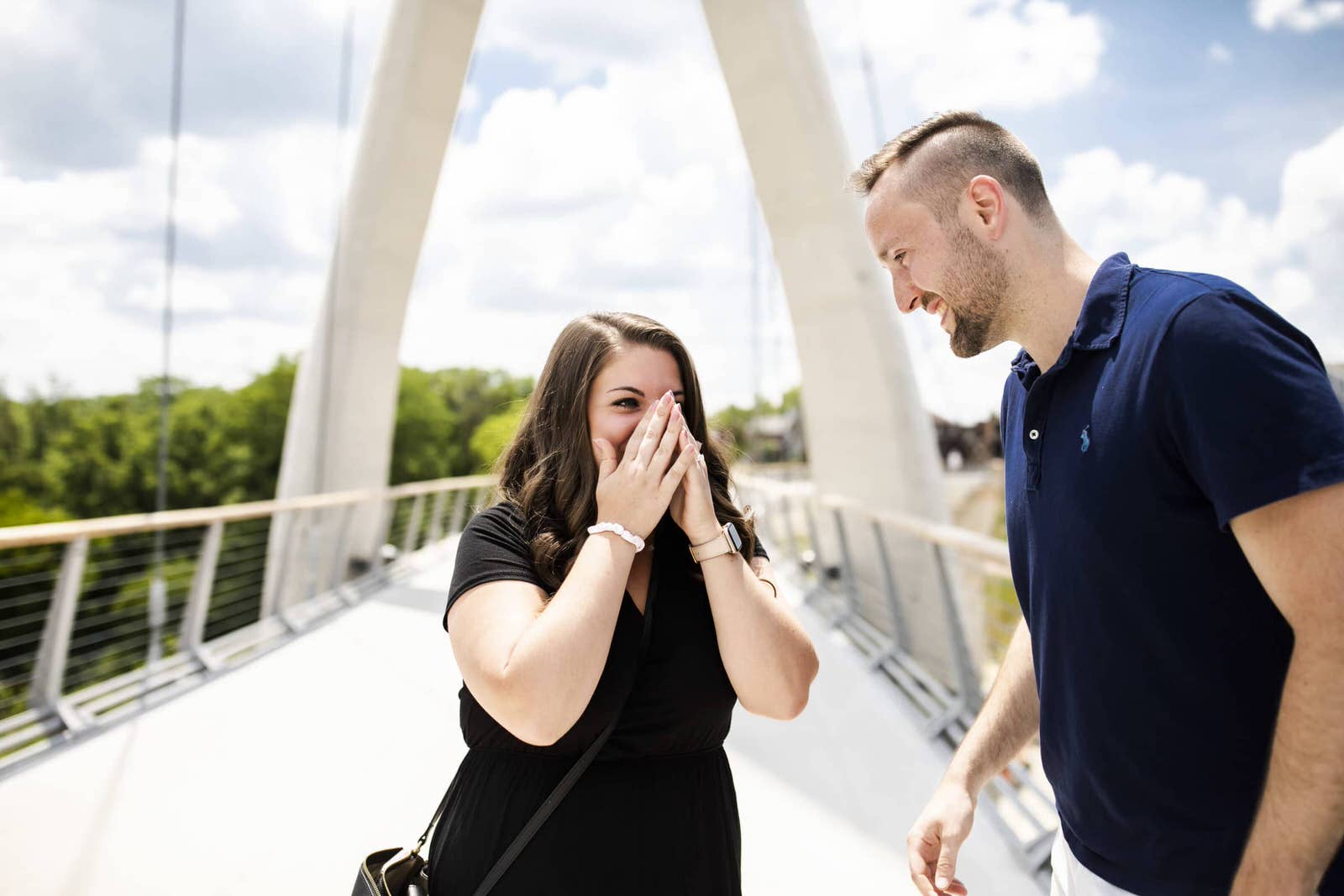 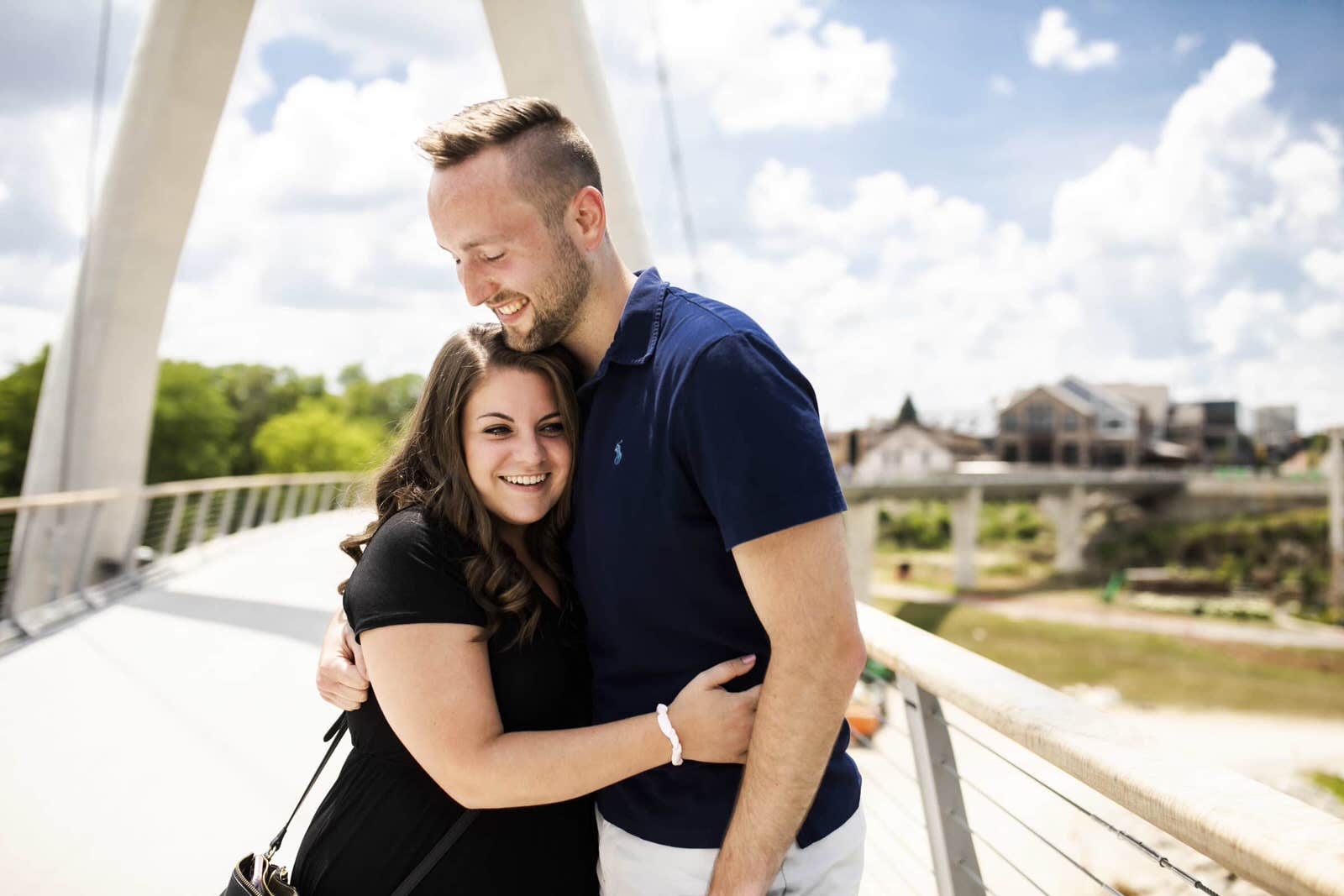 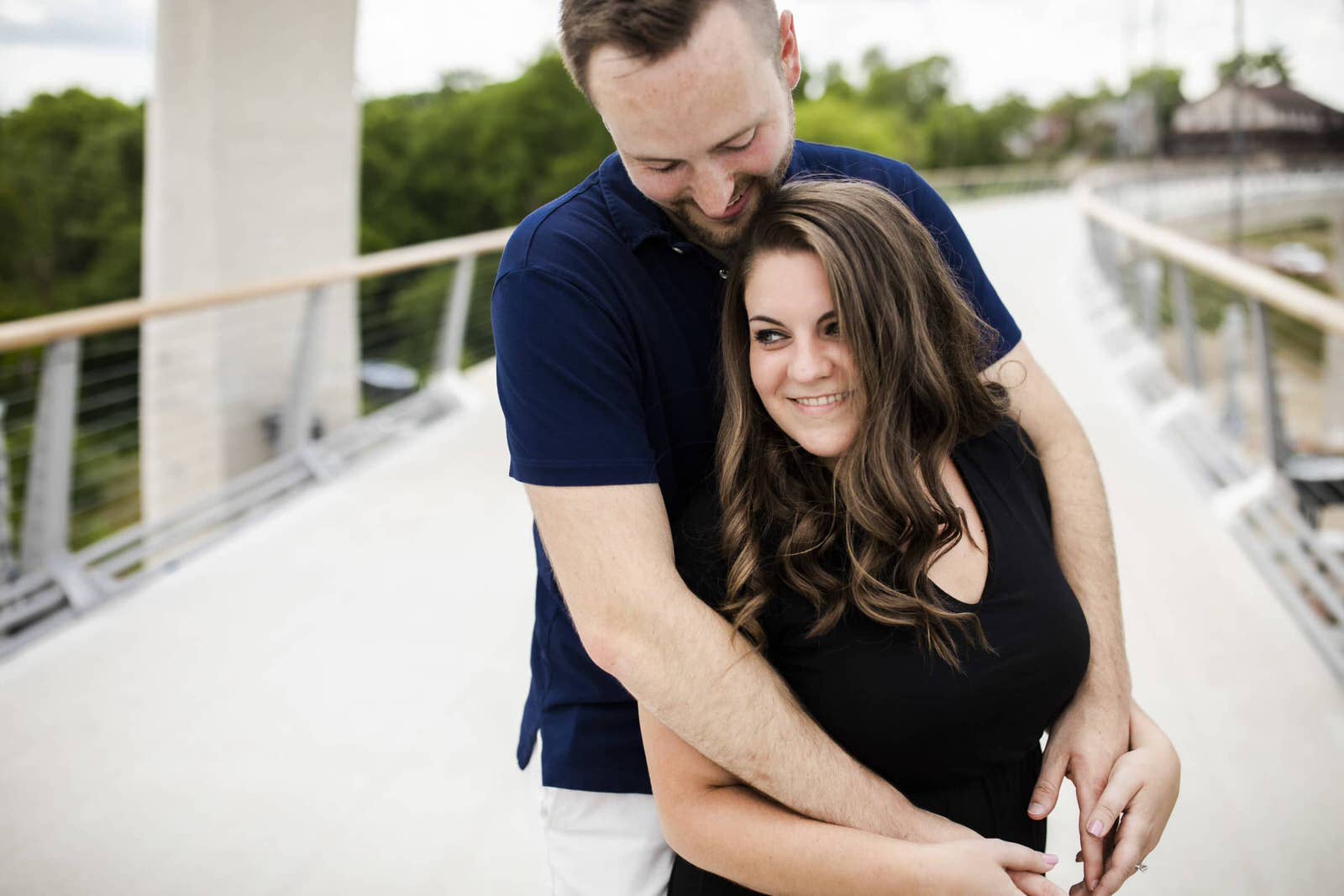 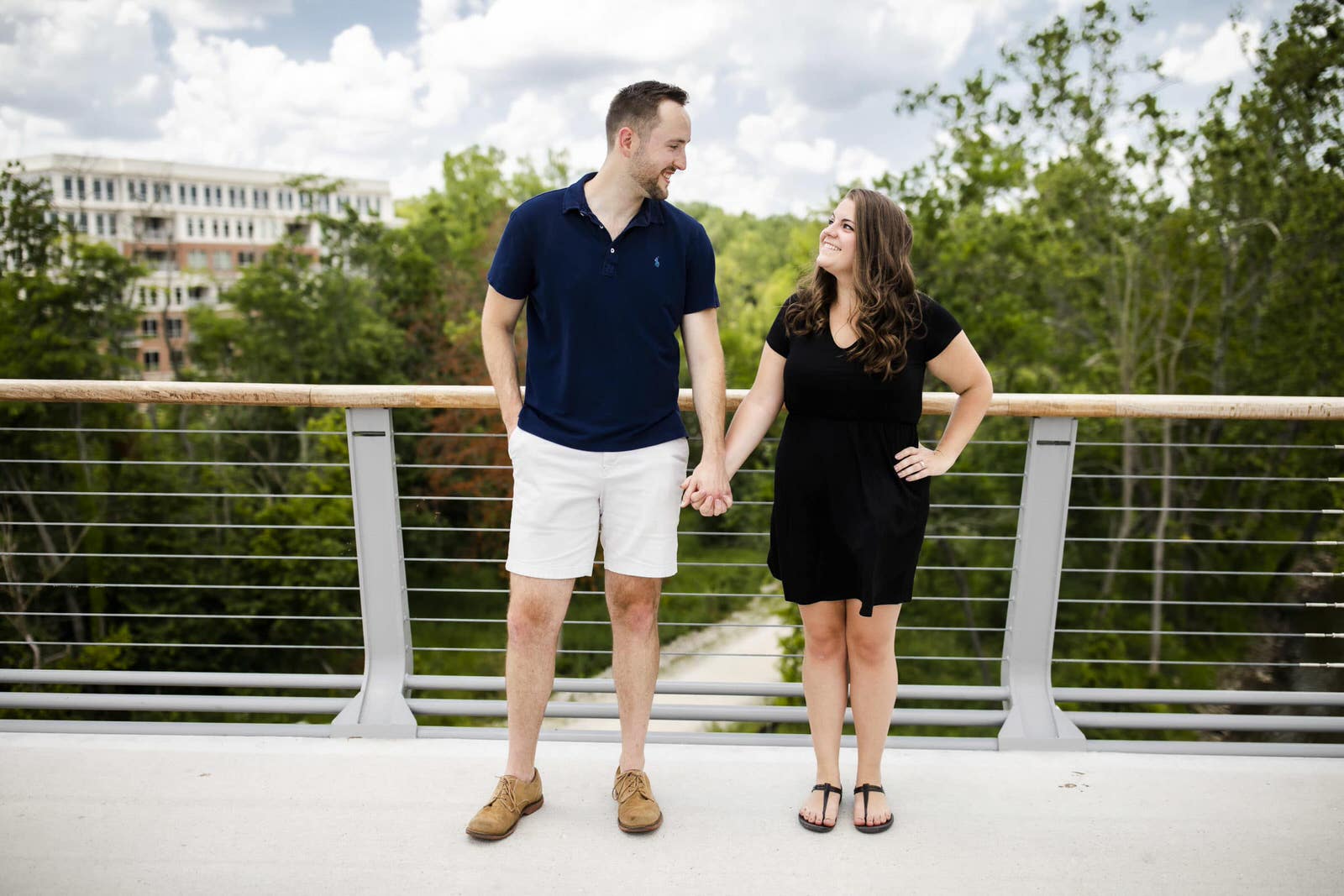 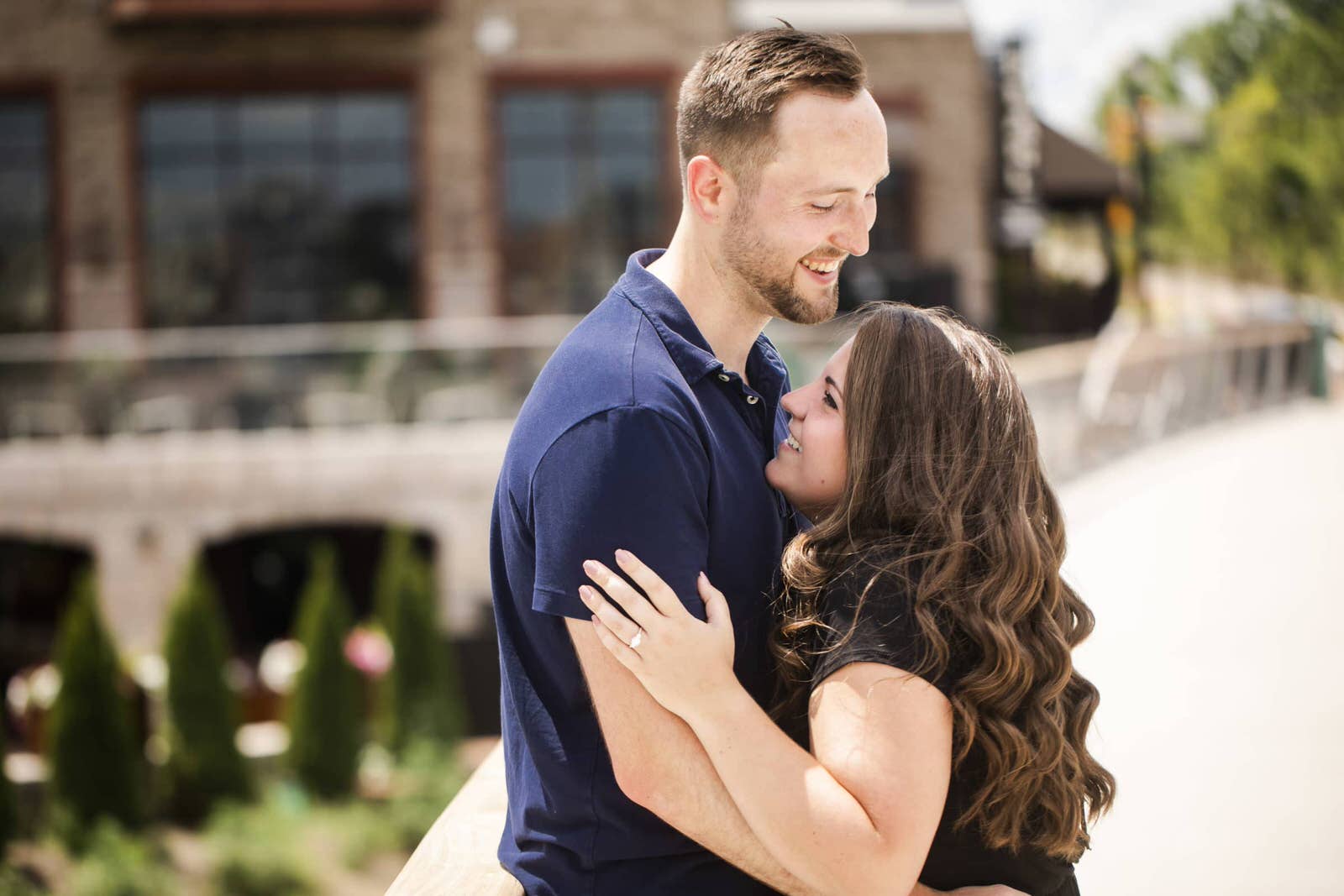 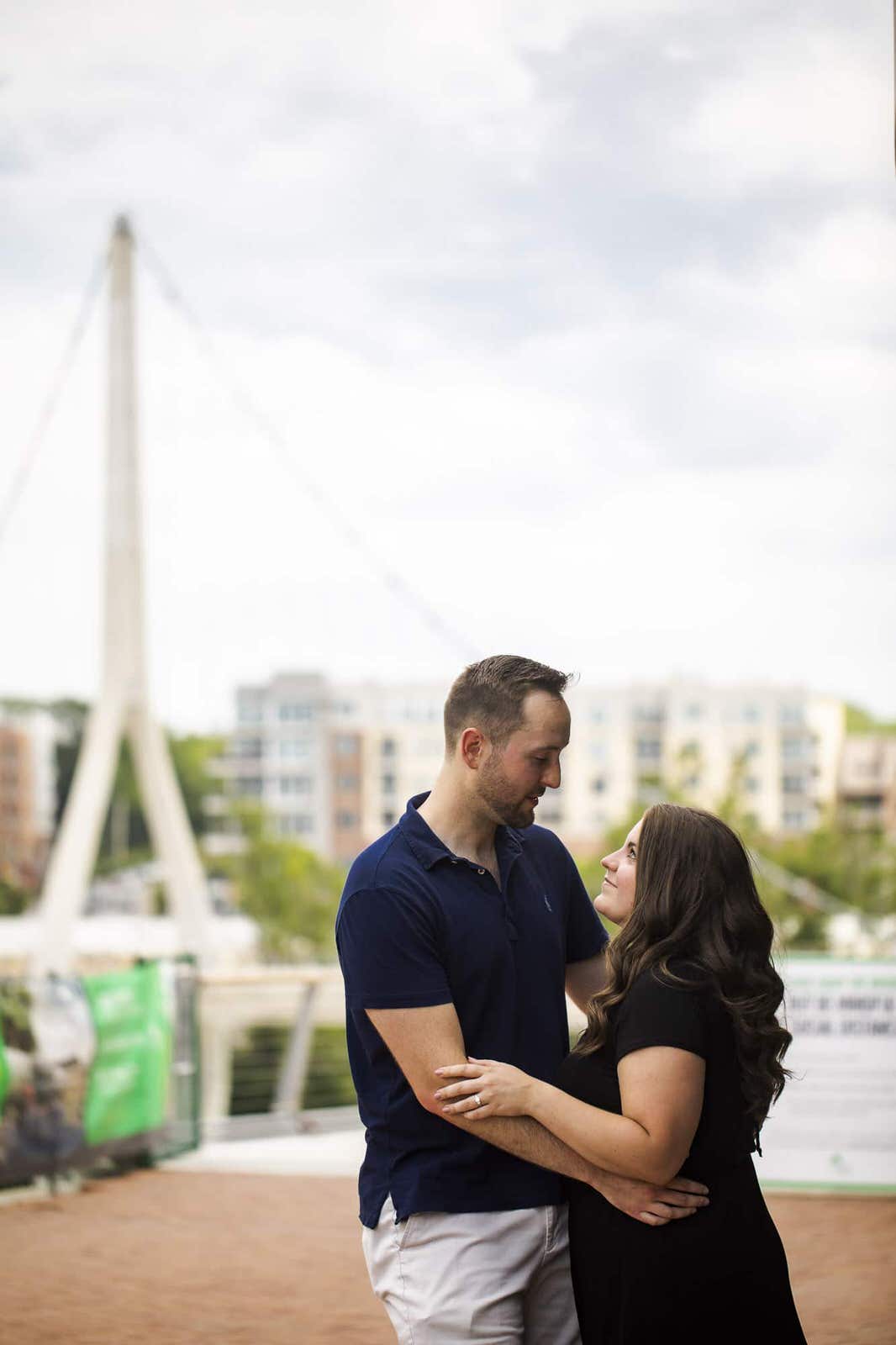 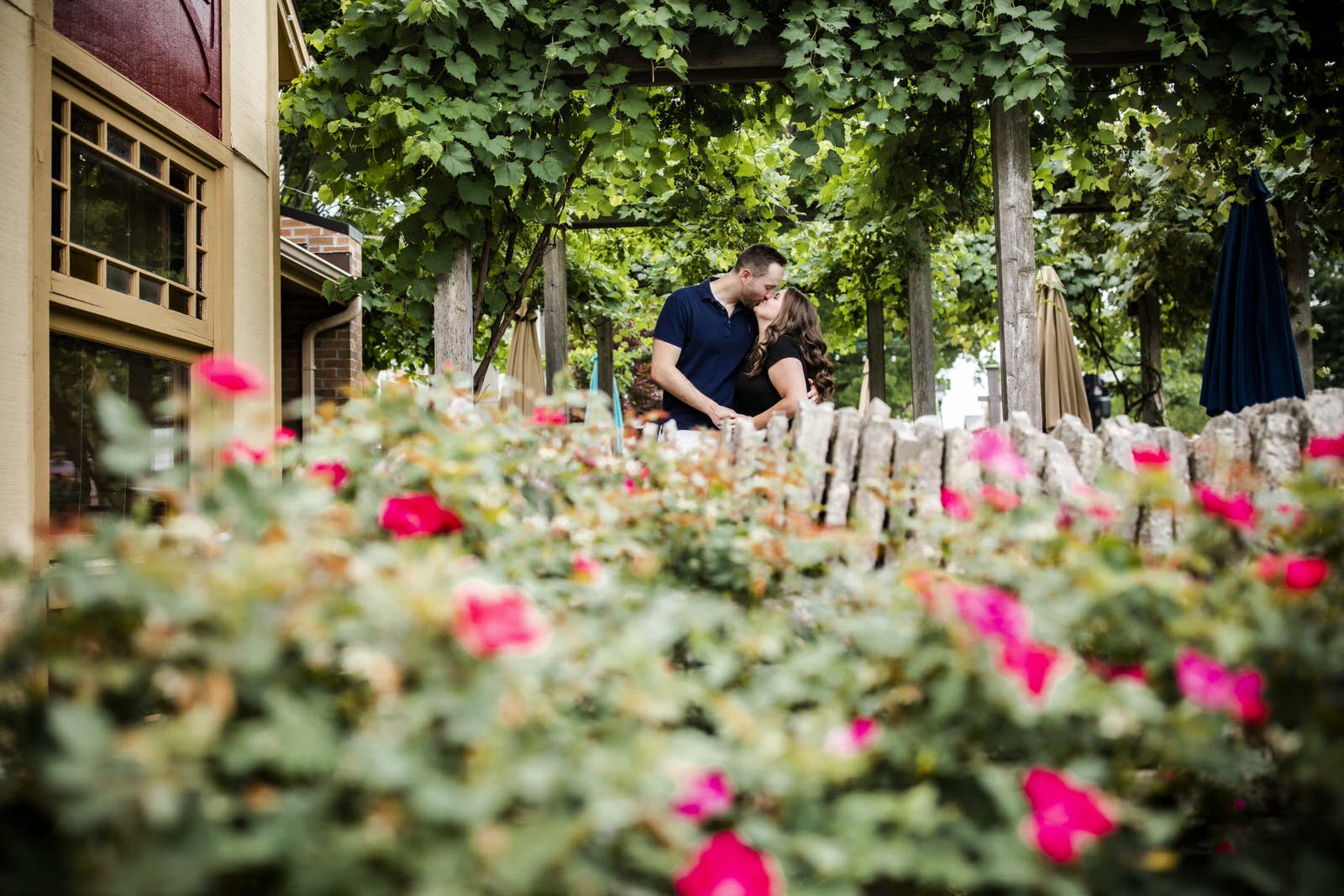 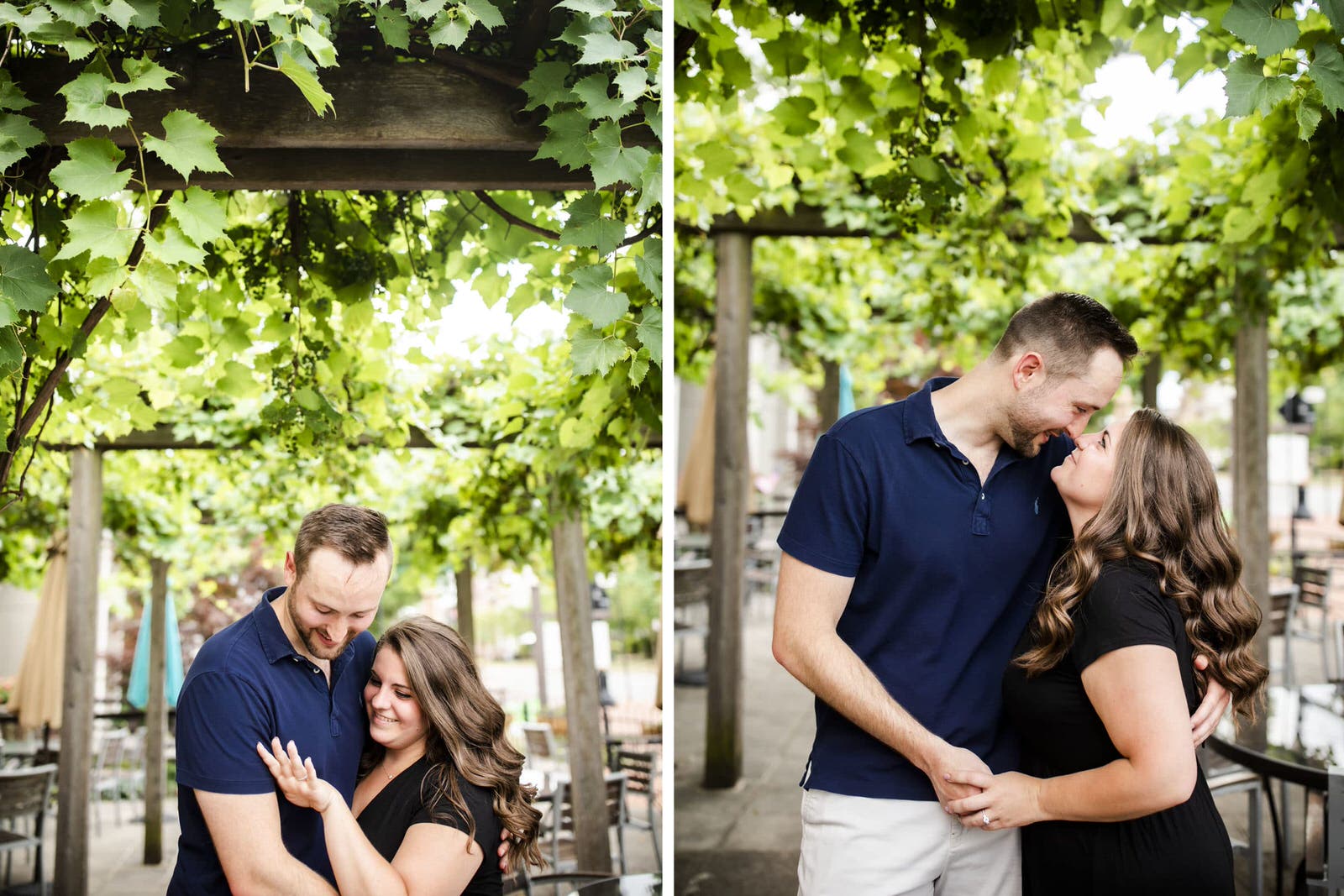 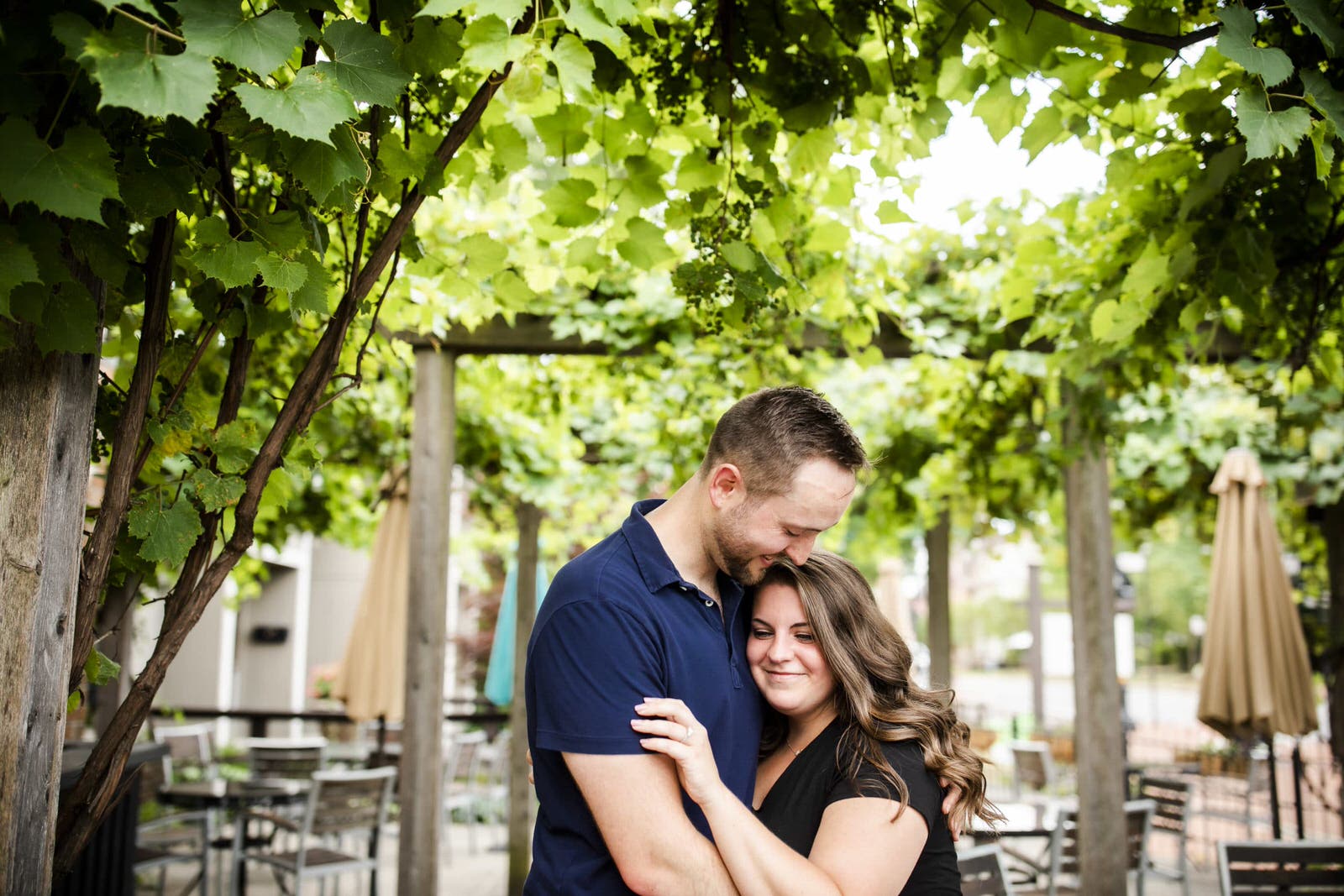 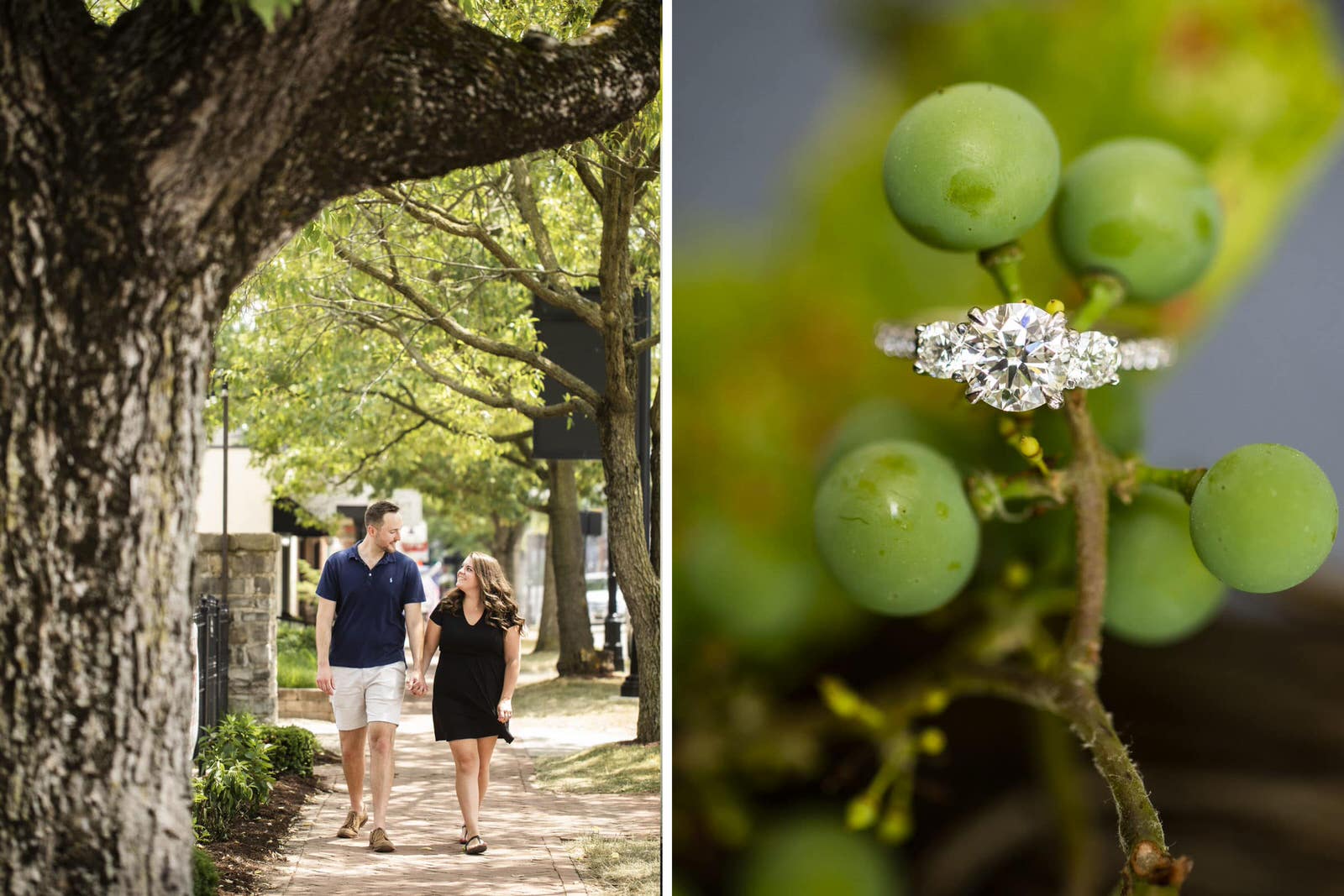 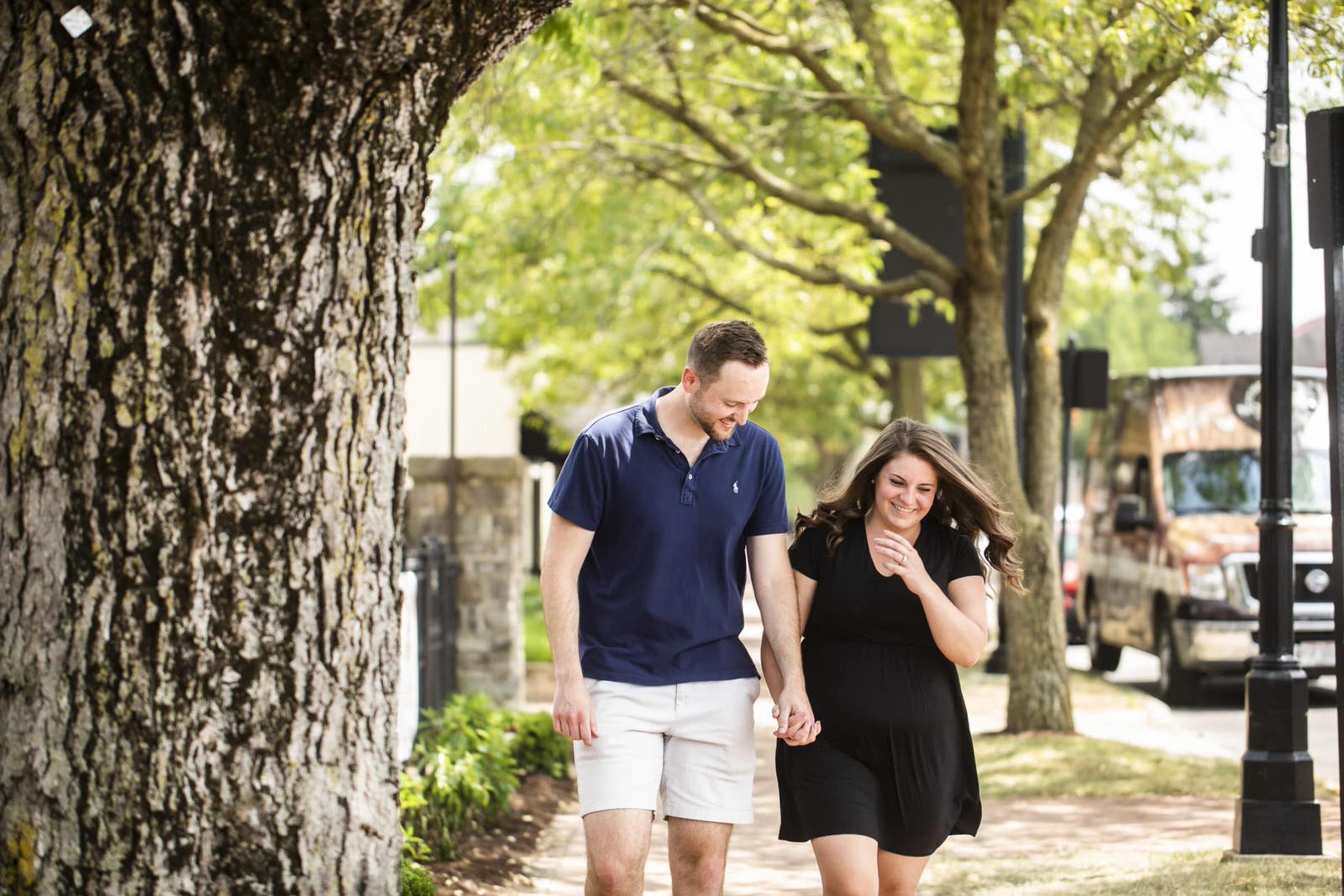 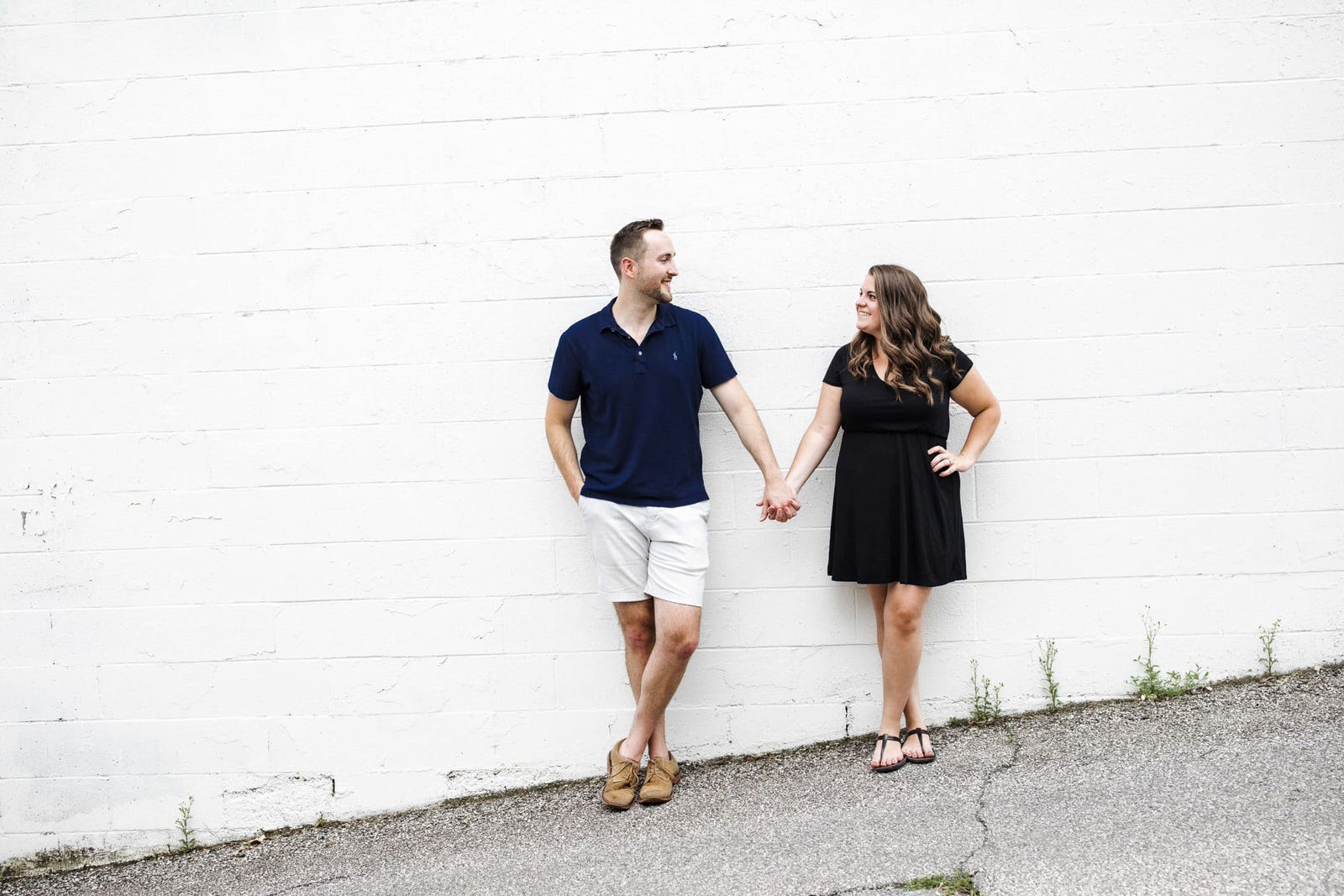 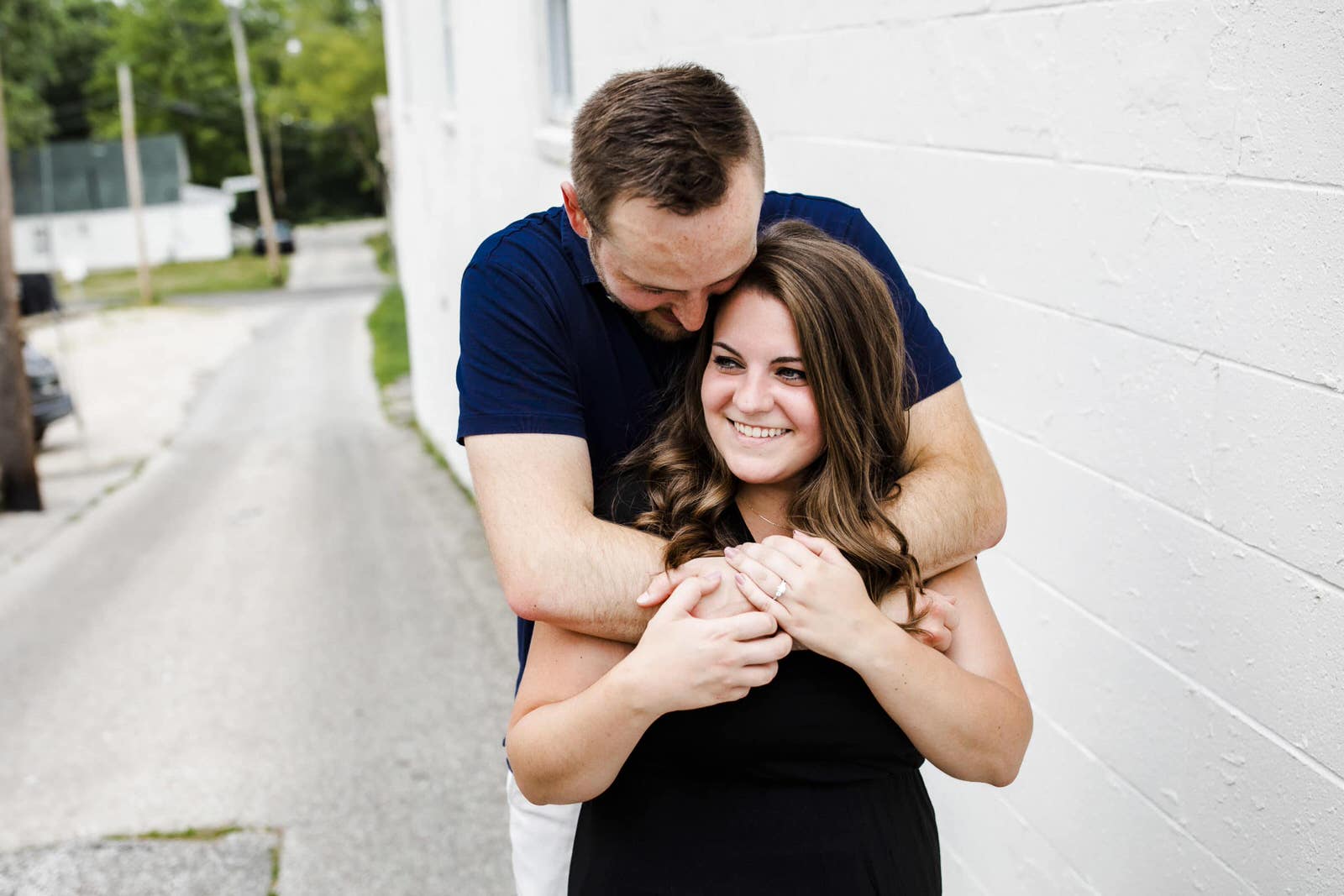 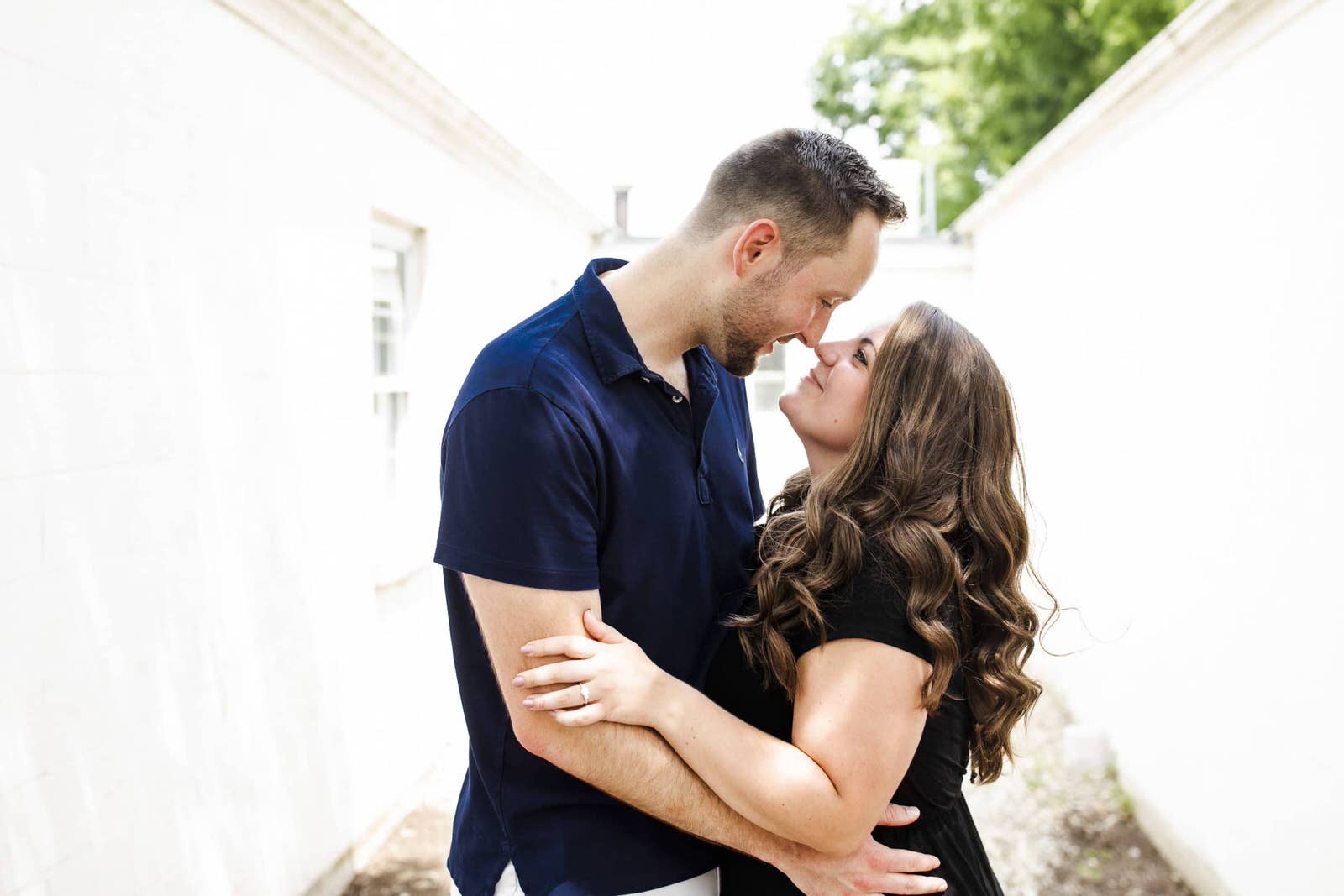 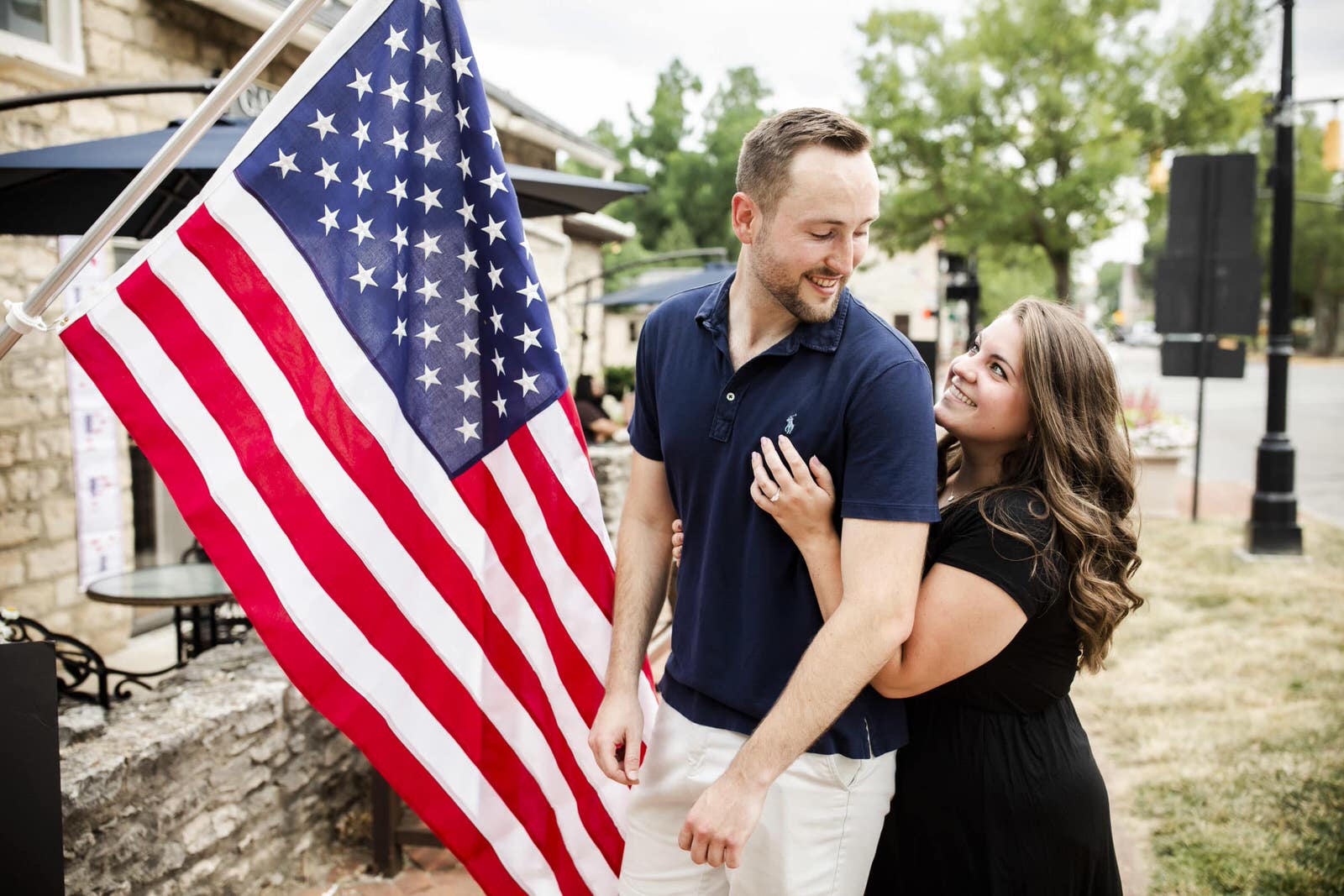