I just love thinking back to when I first heard from Janelle and Parker – they had been following me on Instagram and found me on their own, but coincidentally Parker works with one of my best friends, who also tried to pass my name along when they got engaged. Our paths crossed at multiple points so it felt rather serendipitous that we would ultimately work together! They also booked me for their 2020 wedding over 2 years out – an all-time record! They are super intentional about every decision they make, so it is an incredible honor to be chosen to be their photographer.

So it was no surprise when it came time to plan their fall engagement session, they already knew exactly where they wanted to go. Janelle and Parker are huge music fans, so that Friday morning in early November we headed downtown to visit the Ohio Theatre and their favorite record store, Spoonful Records. I love nothing more than when my couples choose their locations based on what’s most meaningful to them. In their own words, Janelle and Parker explain the meaning behind their location choices:

“From the very beginning, music has played such an important role in our relationship. We share a great love of music from attending concerts of our favorite bands, to going to musicals and the symphony, as well as singing in the car while just running errands. We even became engaged right after seeing the Chicago Symphony perform a concert that was conducted by John Williams. It was such a magical evening. Although some of our tastes in music are very different, we have an intense appreciation of those differences. One of us may end up wearing earplugs to those concerts but wouldn’t miss sharing that experience together for anything. We do share many commonalities such as our love for The White Stripes, Florence and the Machine, and the Yeah Yeah Yeahs and some of those albums were used for our photos at Spoonful Records. We have communicated to each other through songs while were just friends and continue to do so today. Sometimes just the right song can say more than you can put into words.” 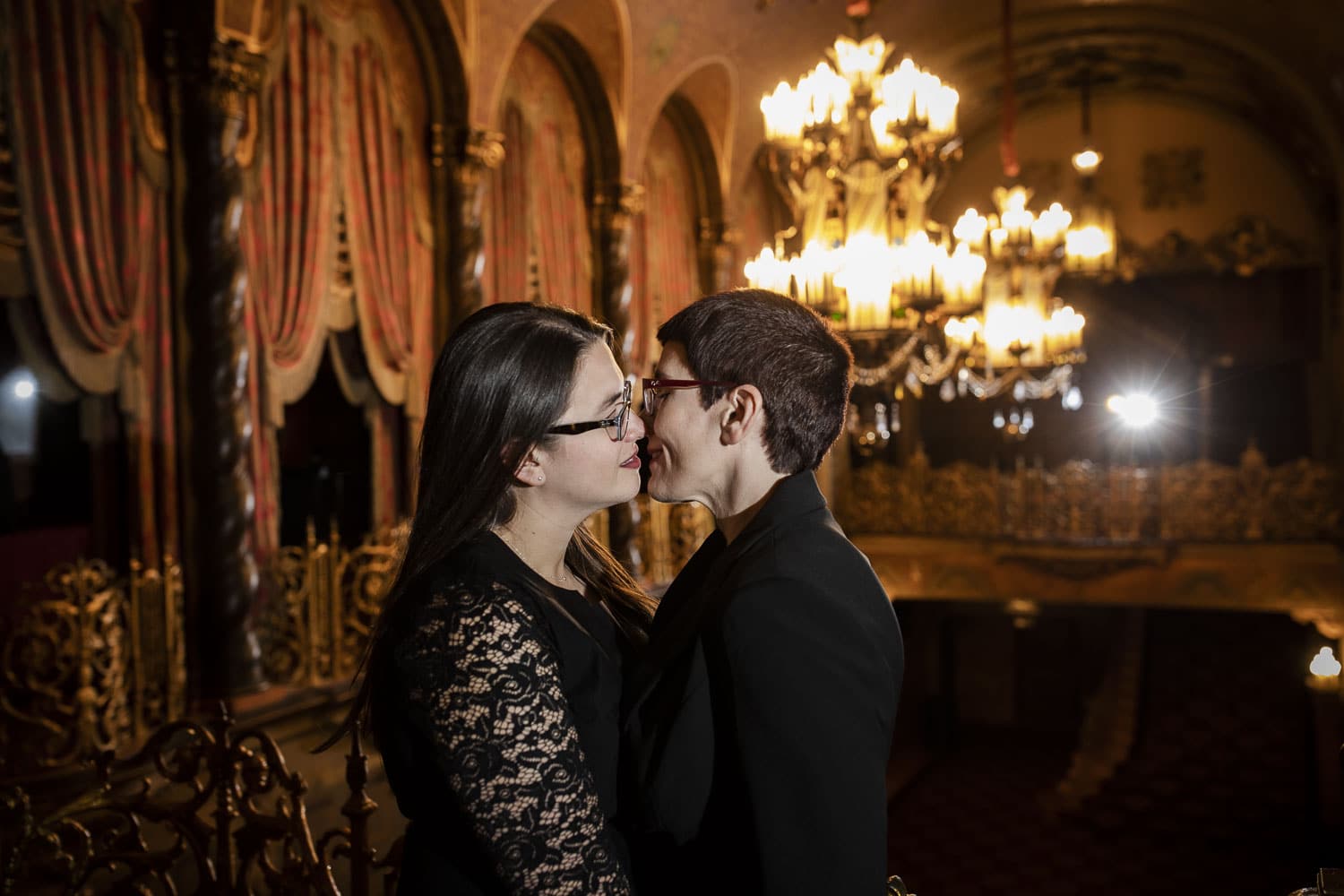 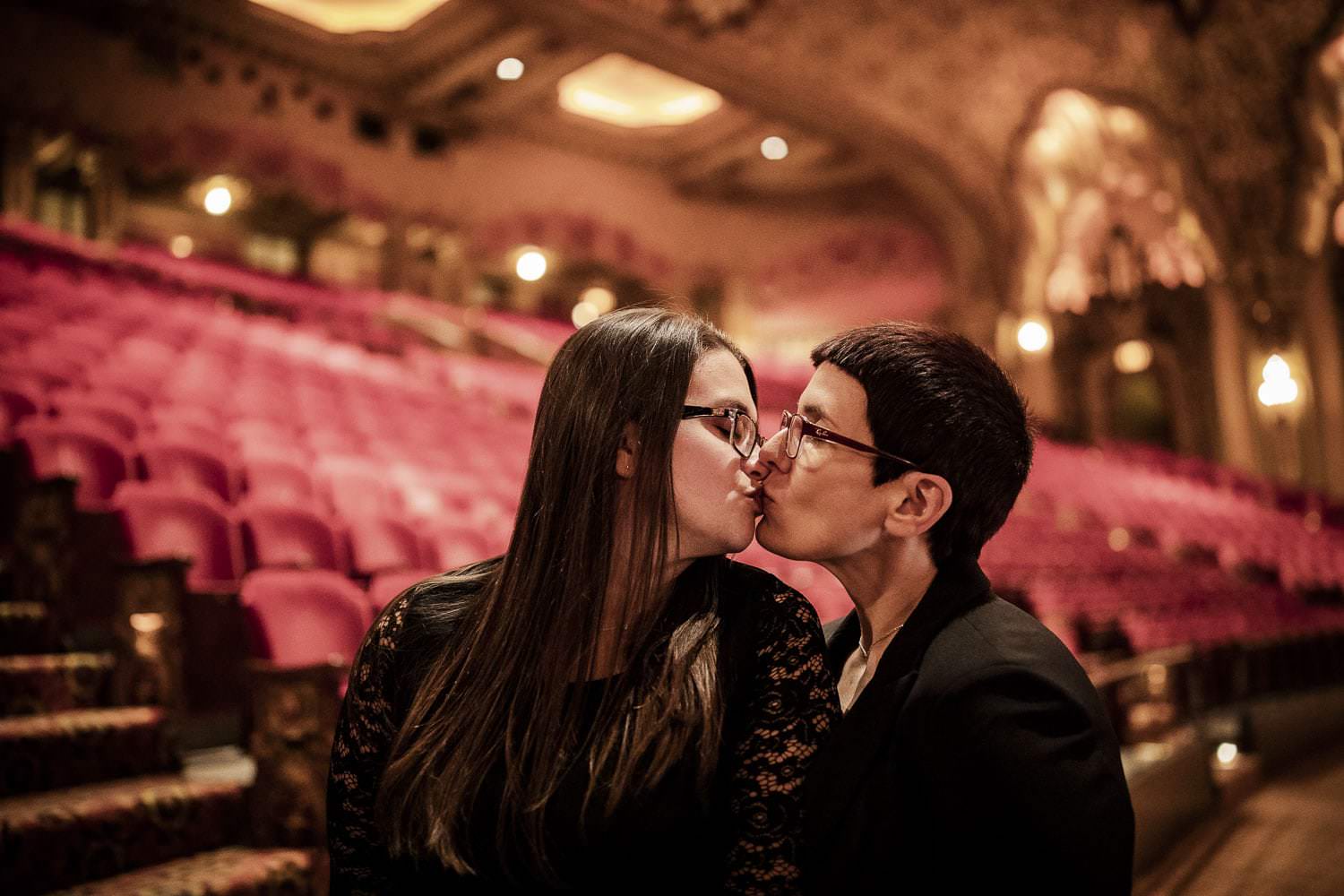 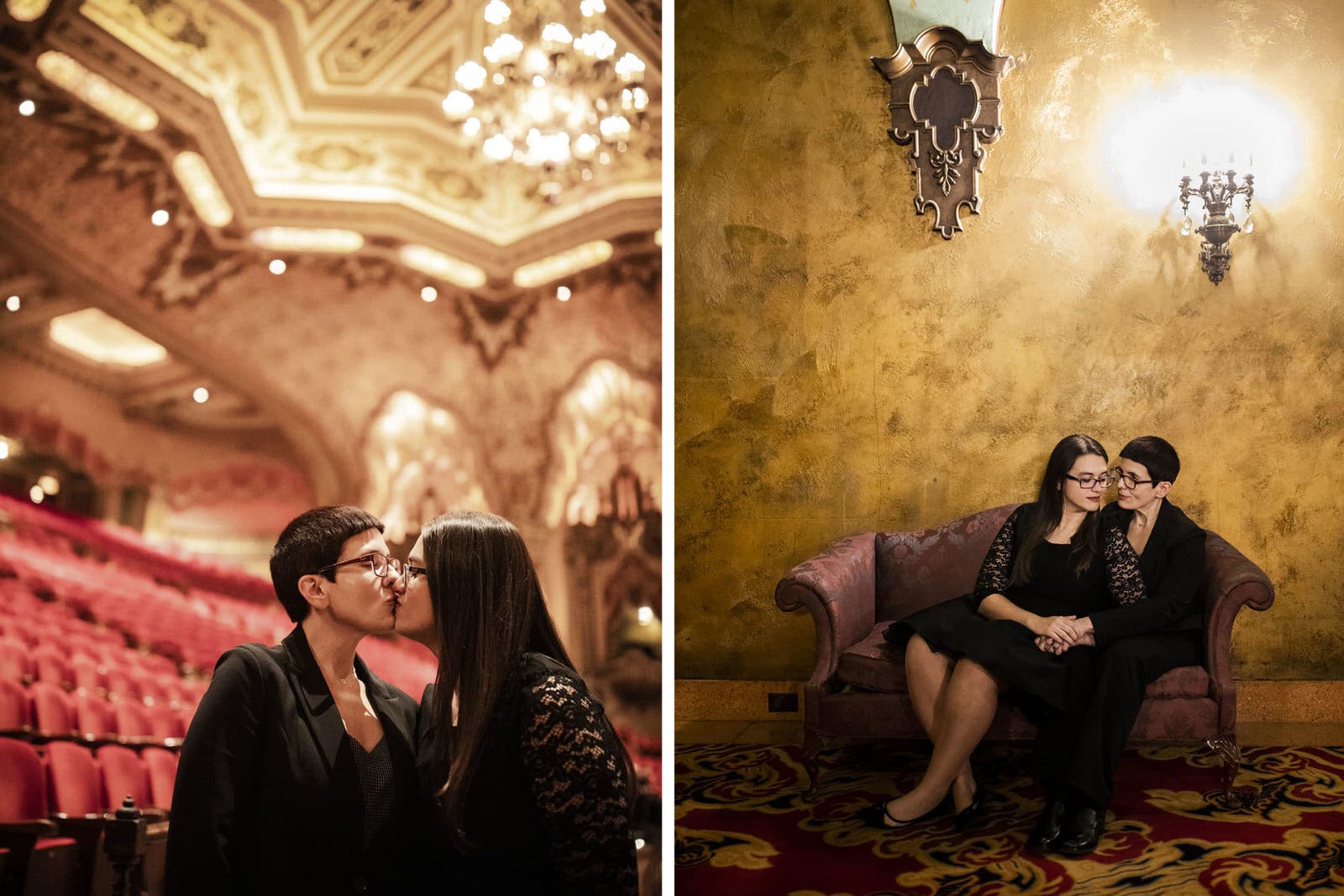 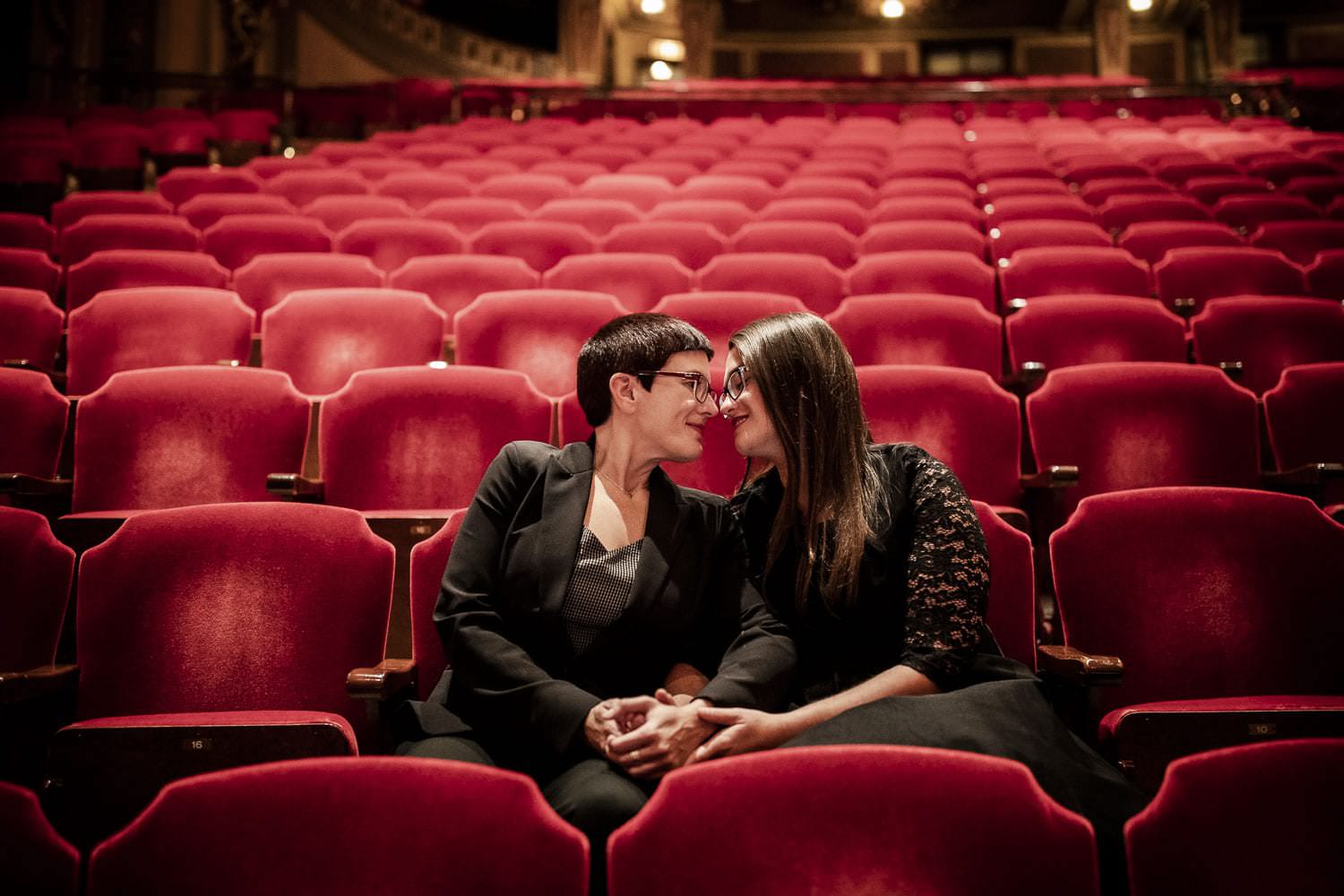 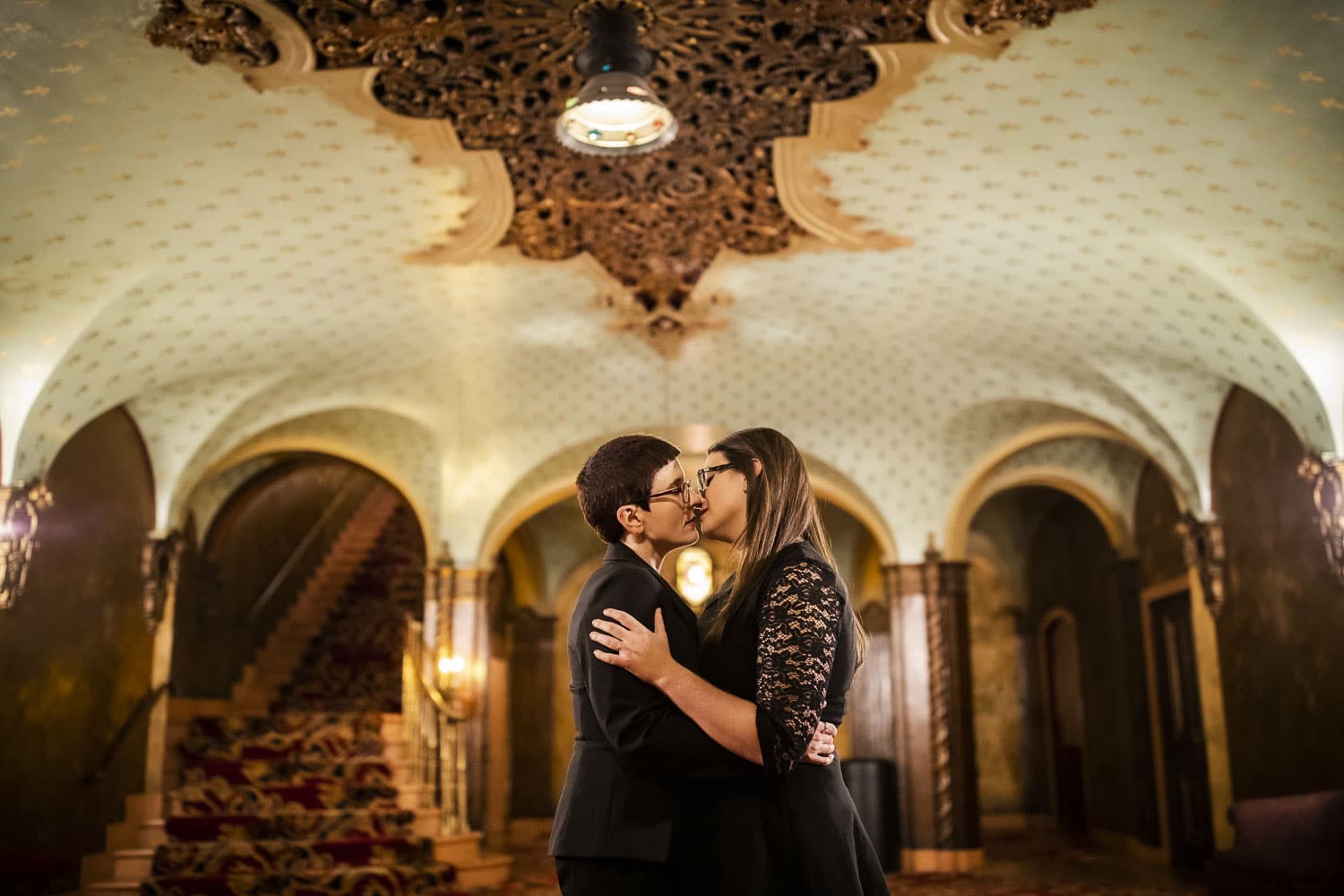 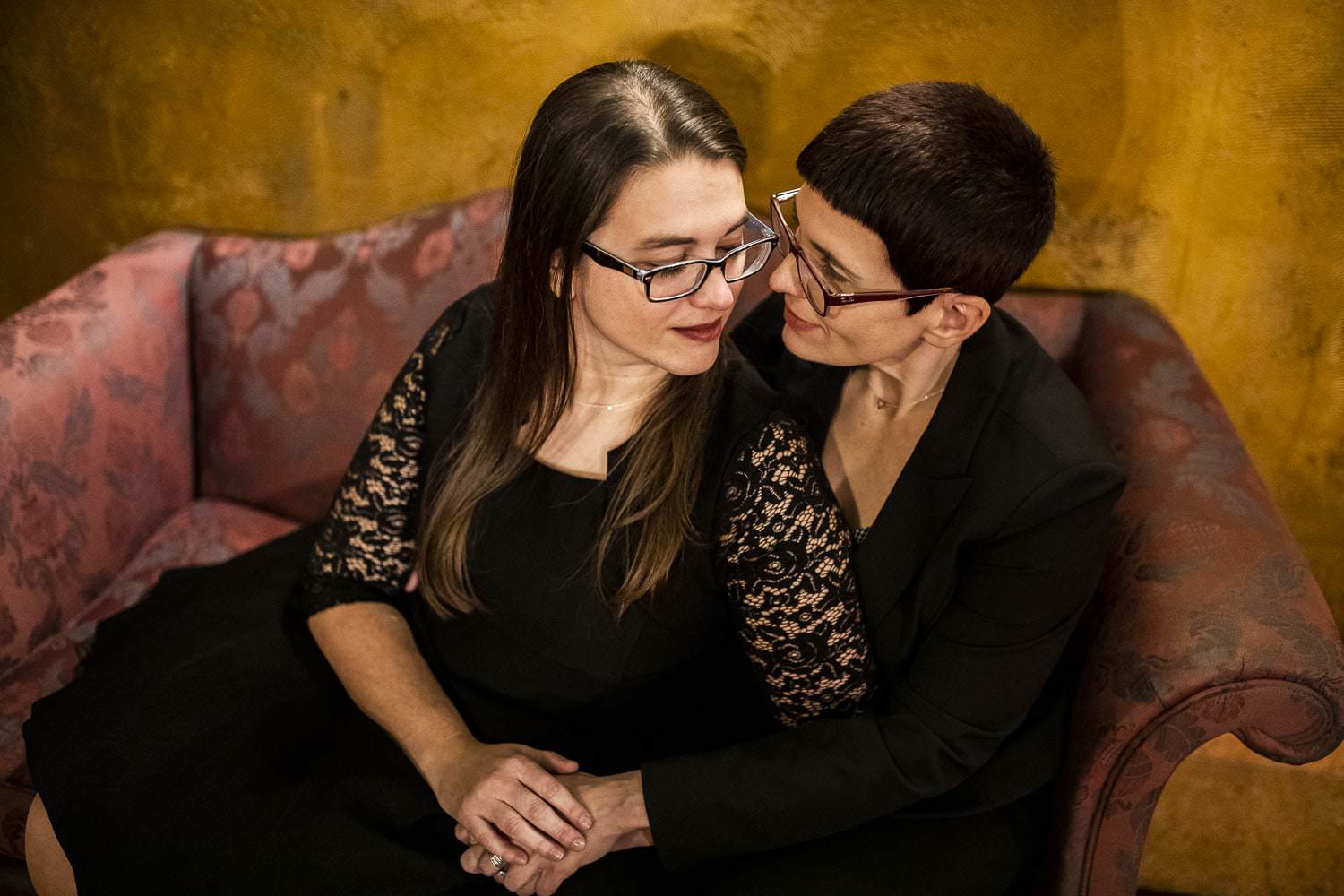 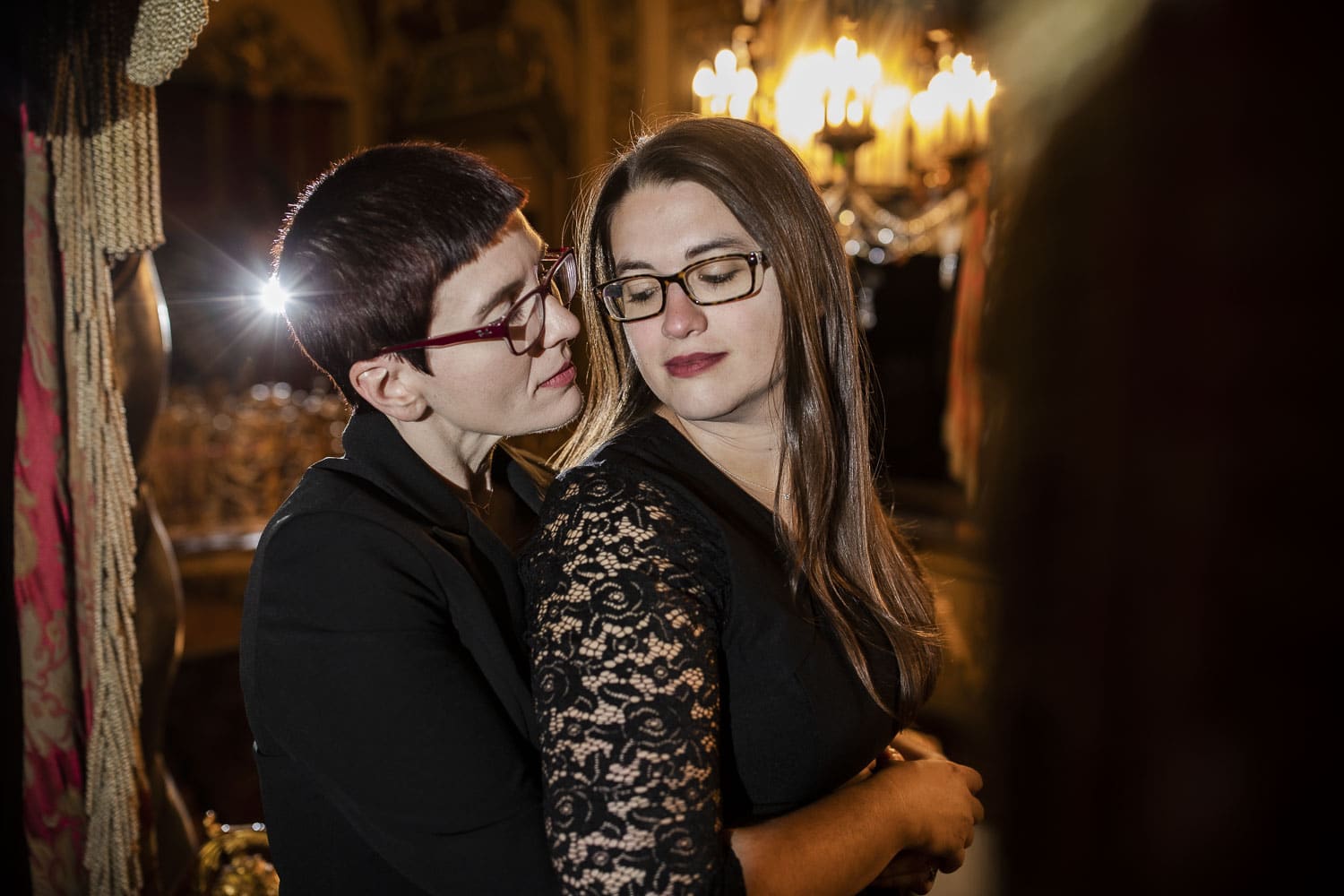 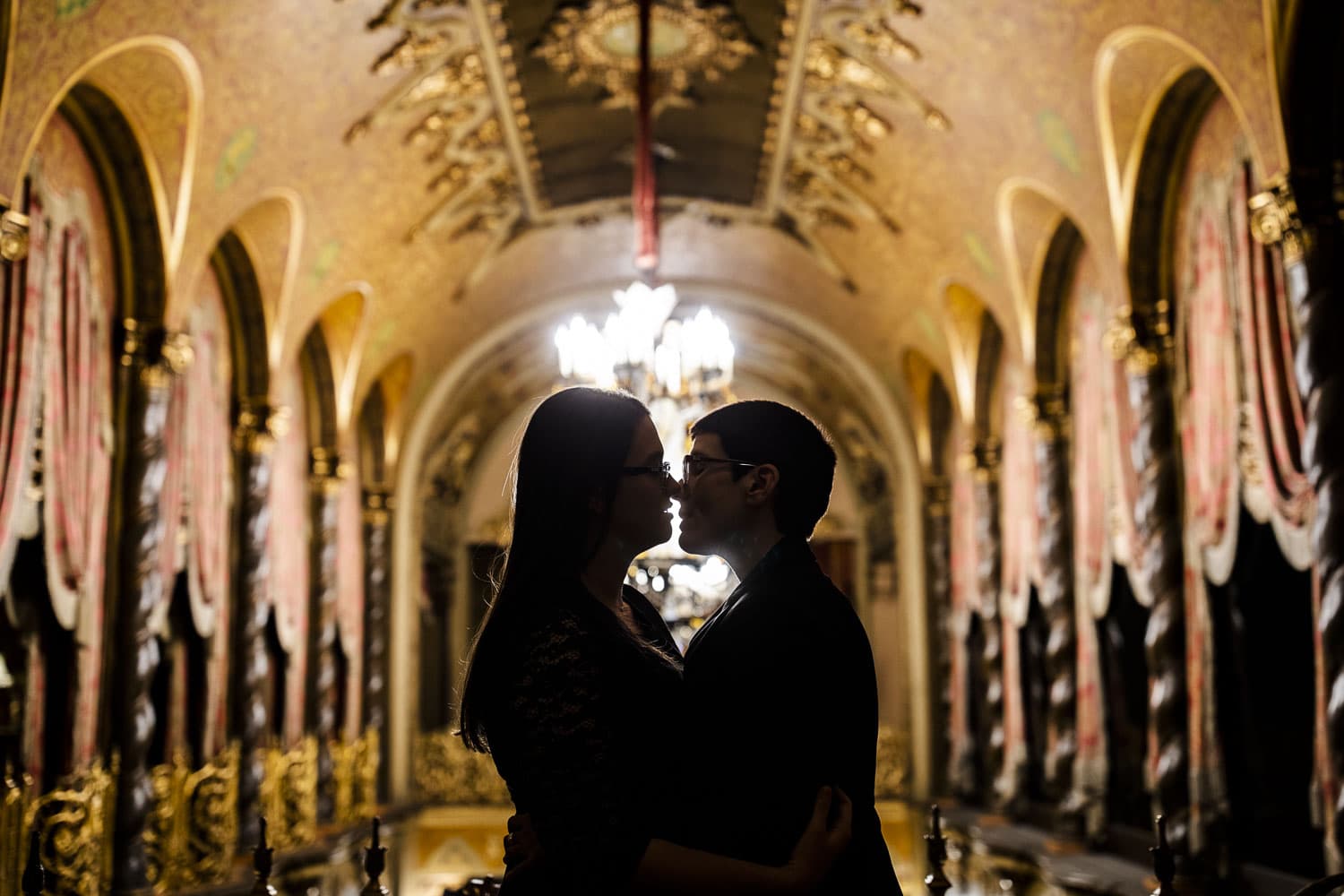 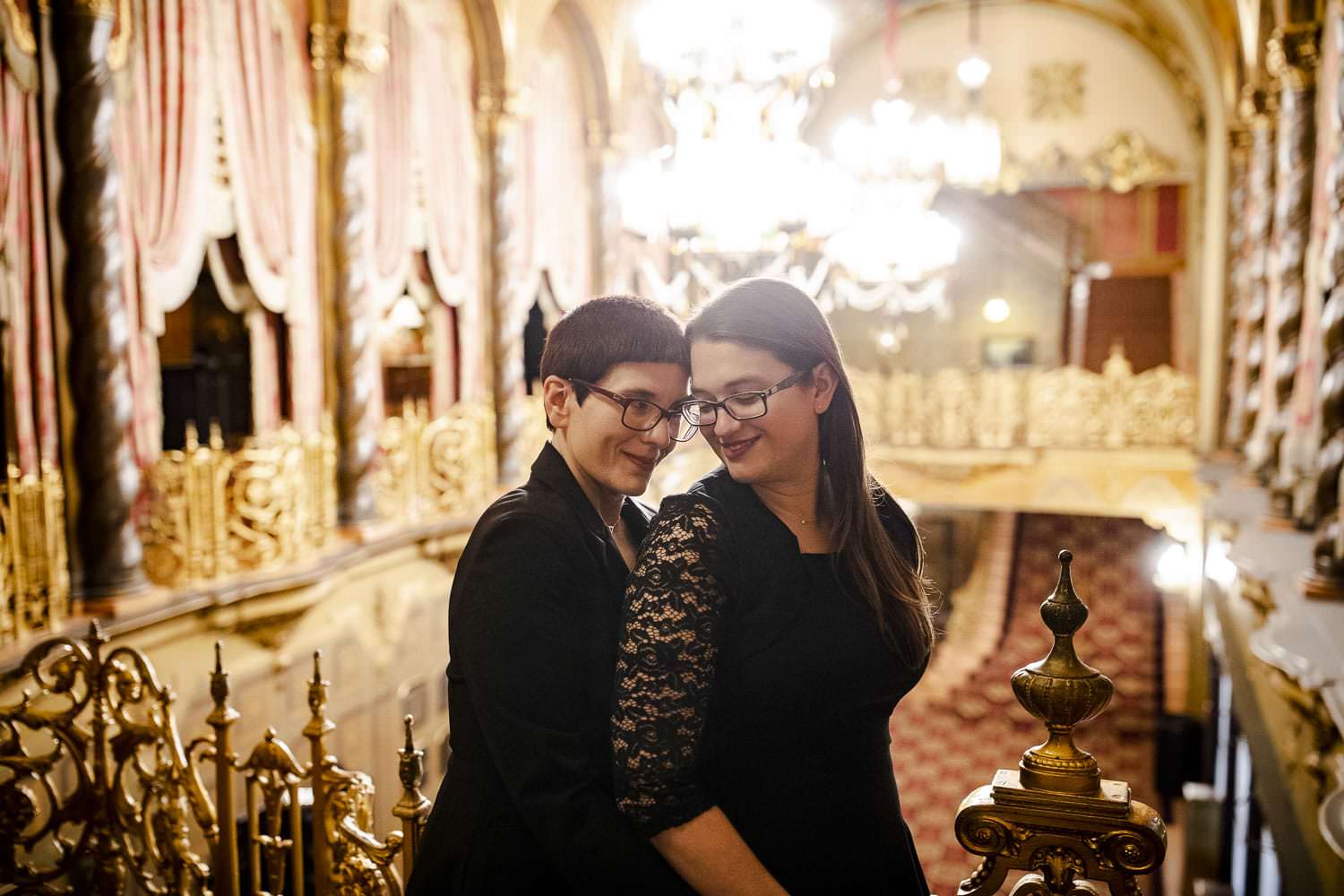 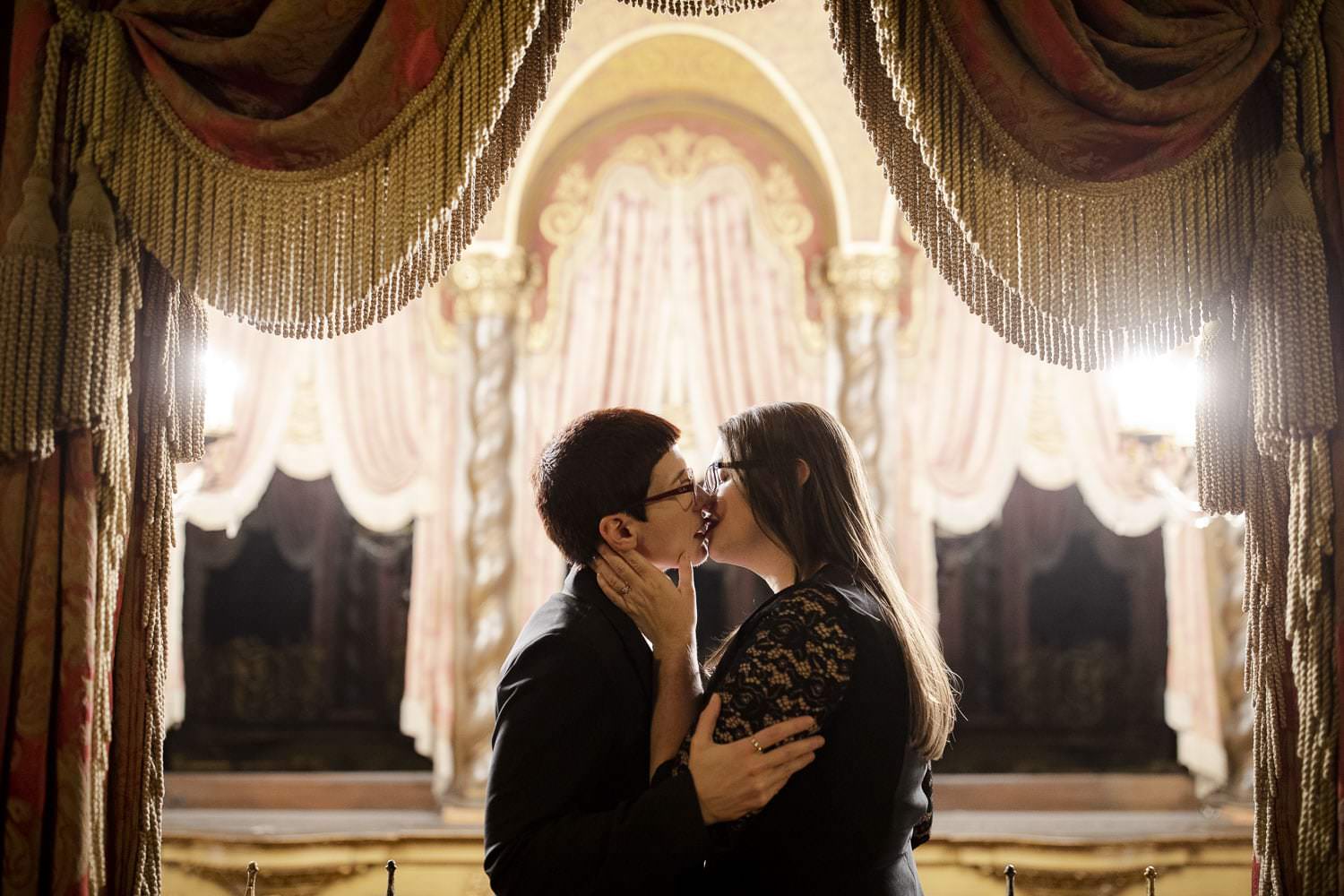 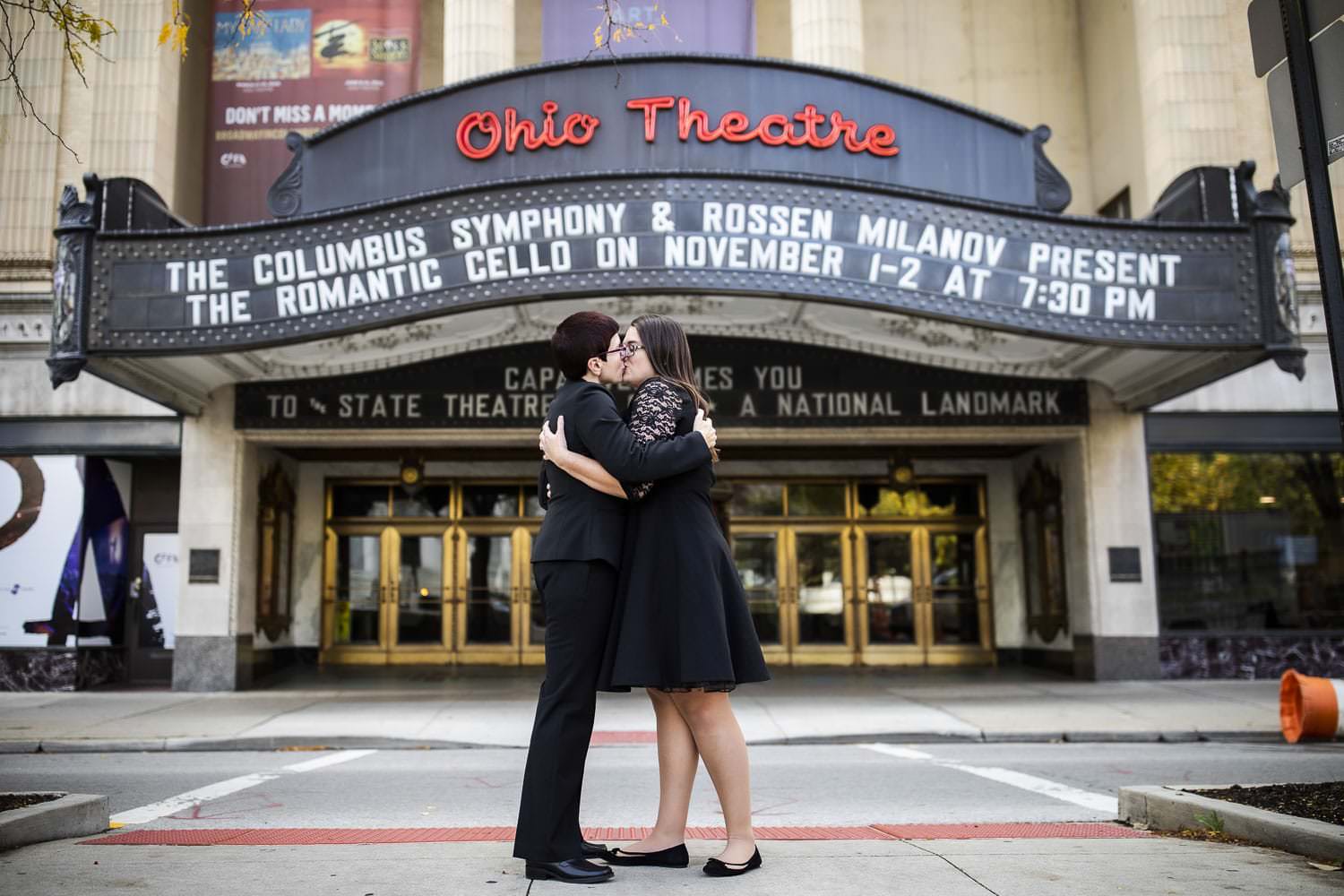 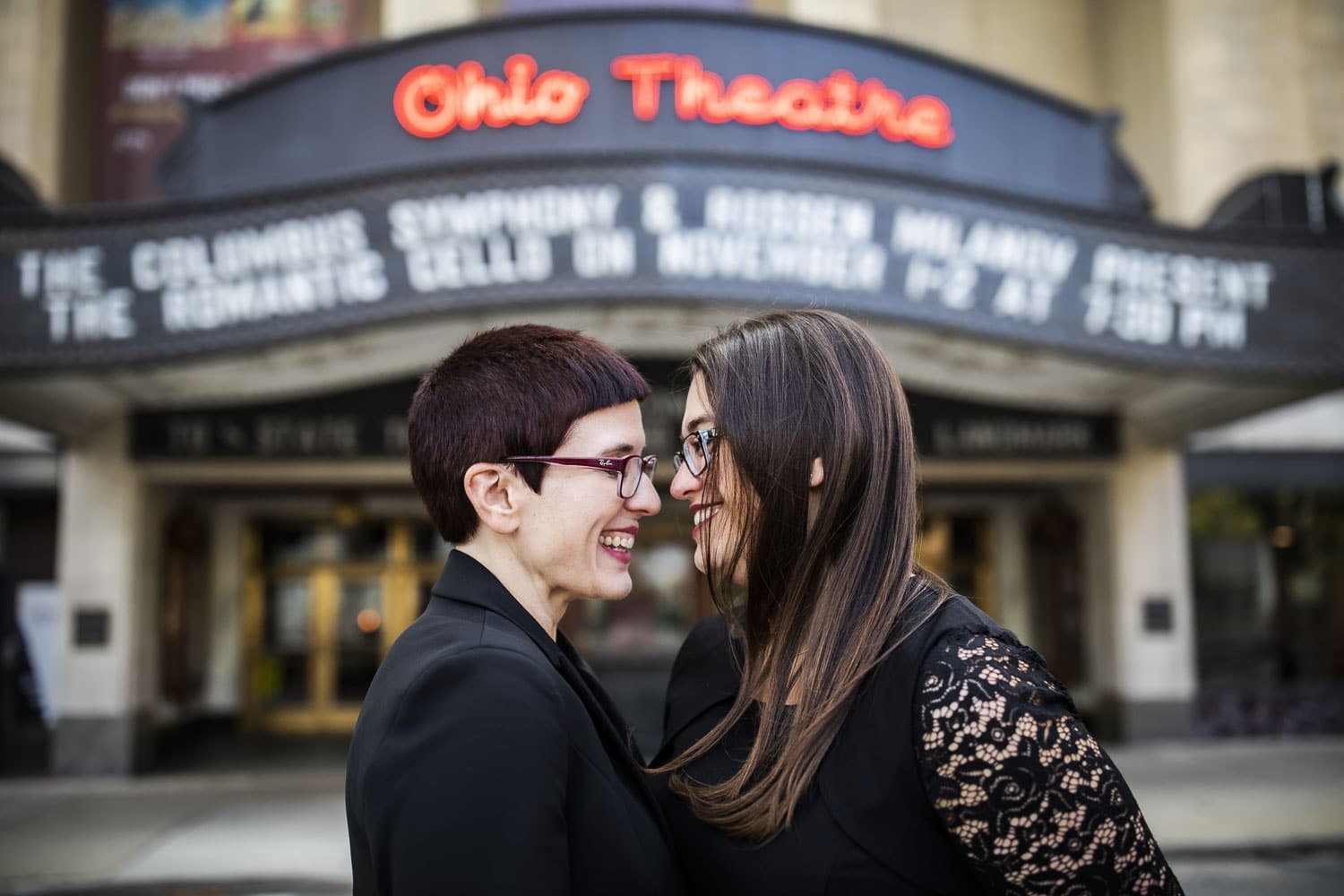 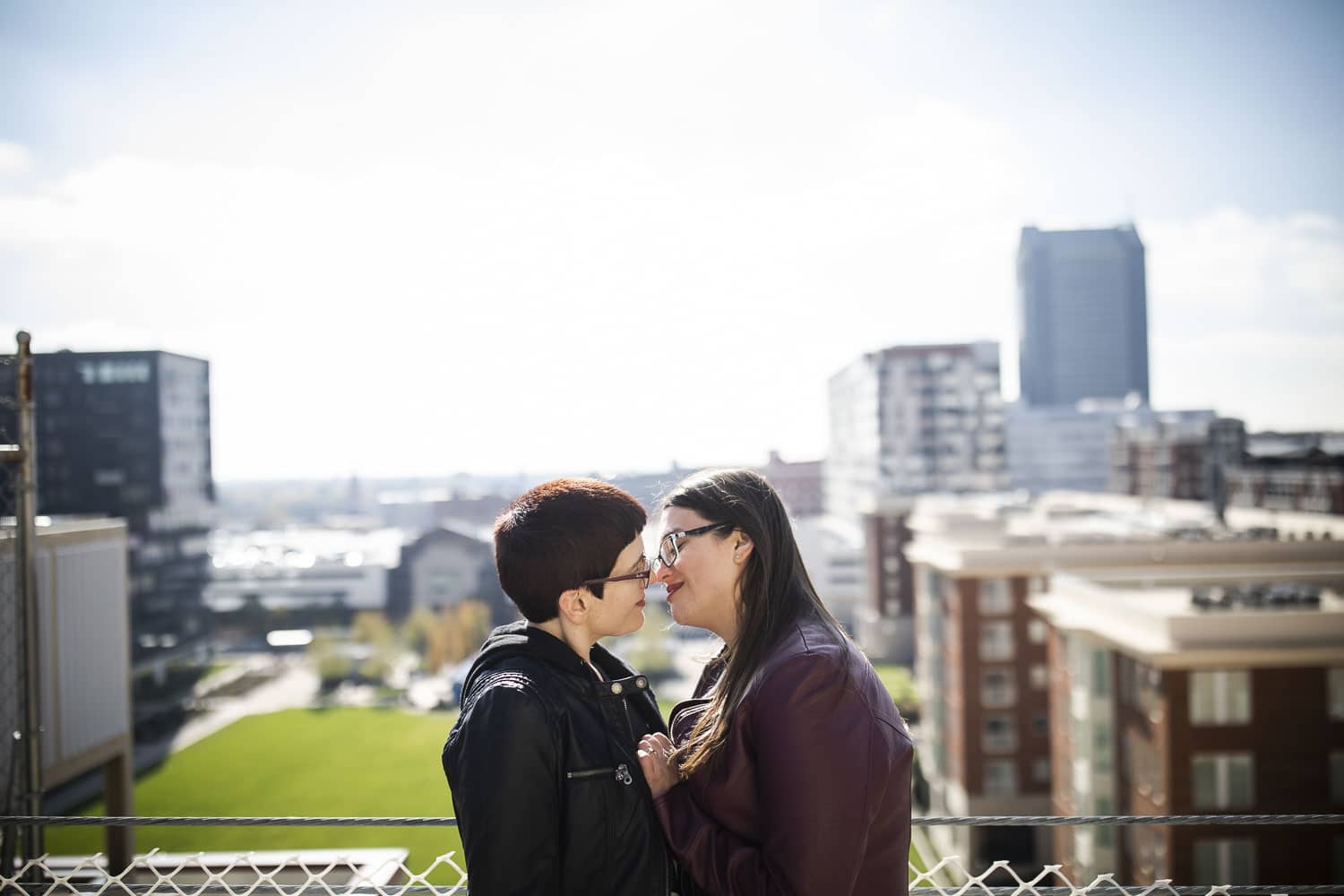 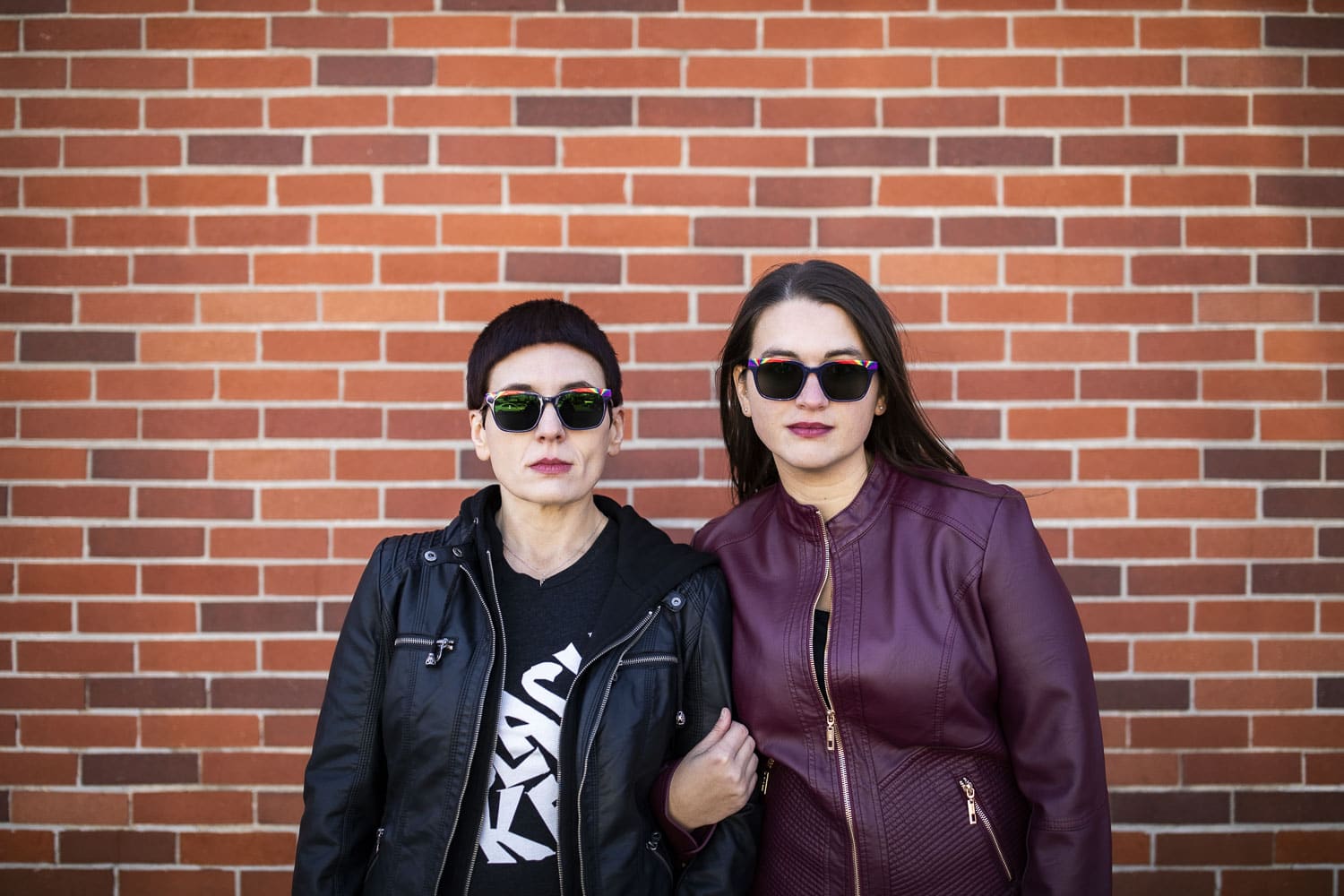 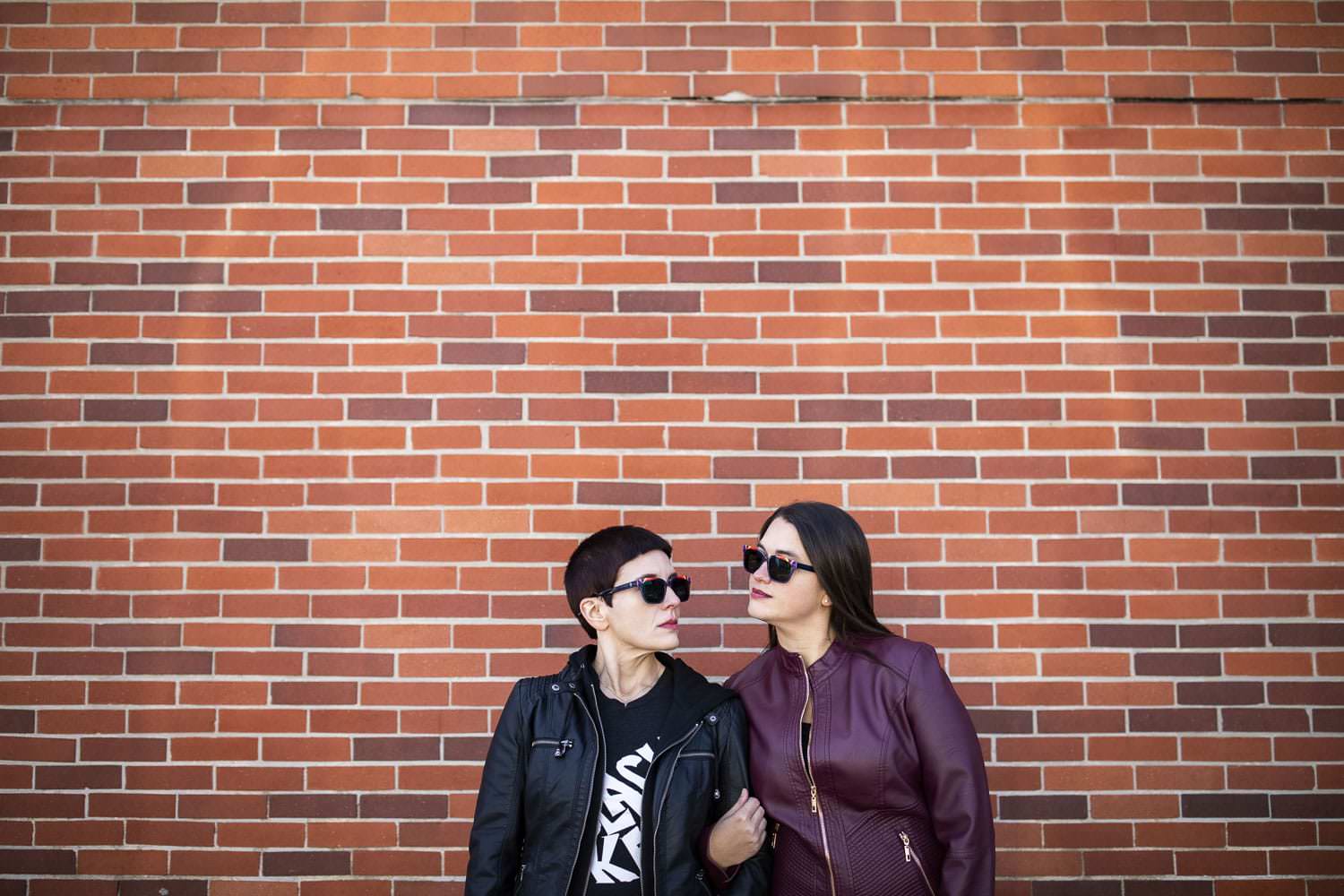 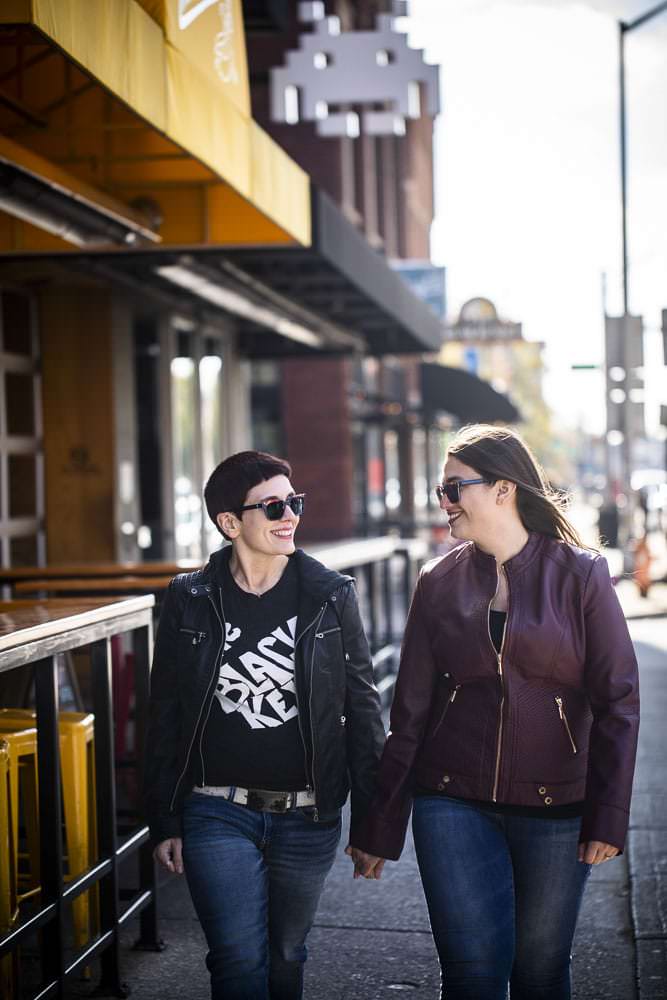 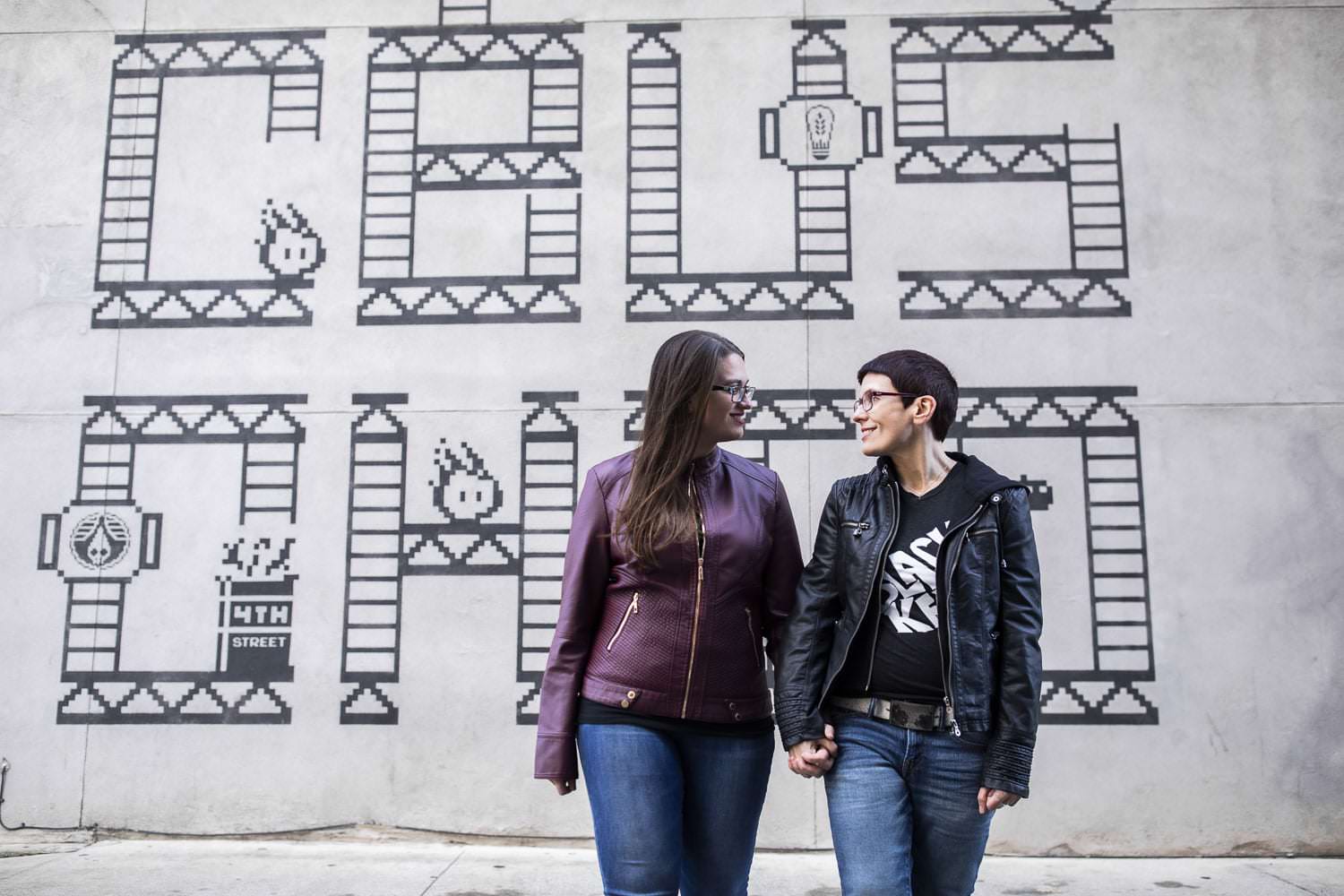 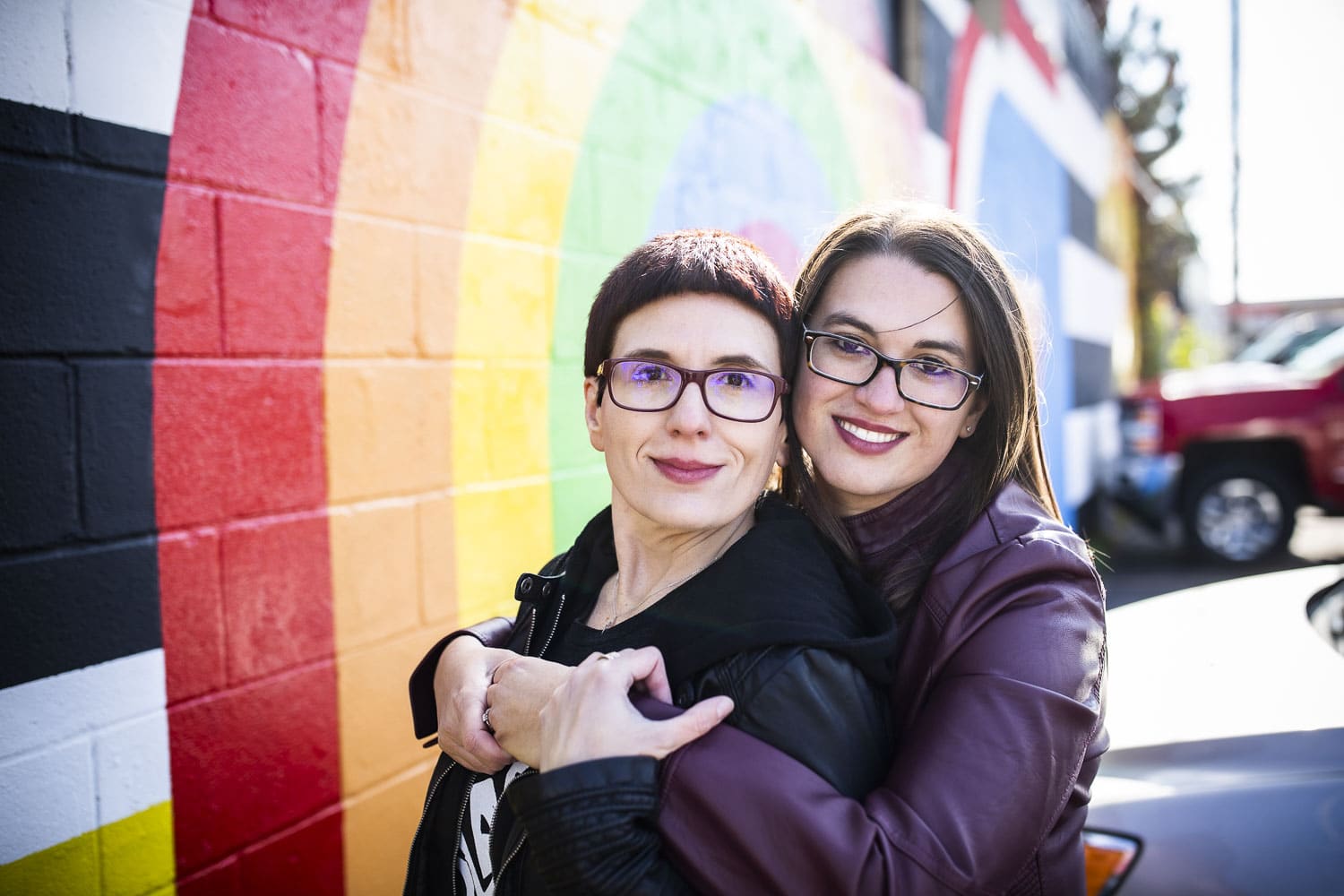 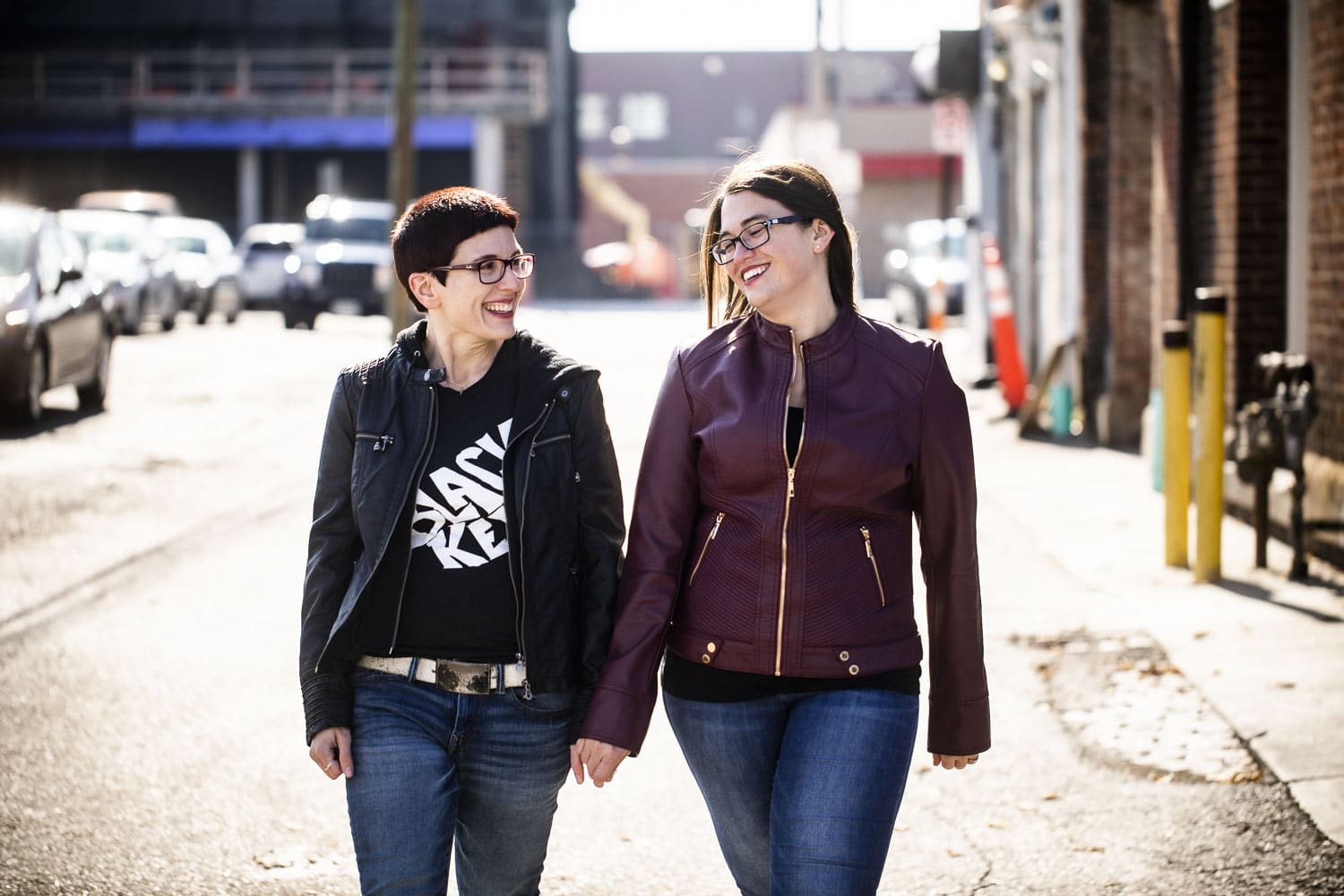 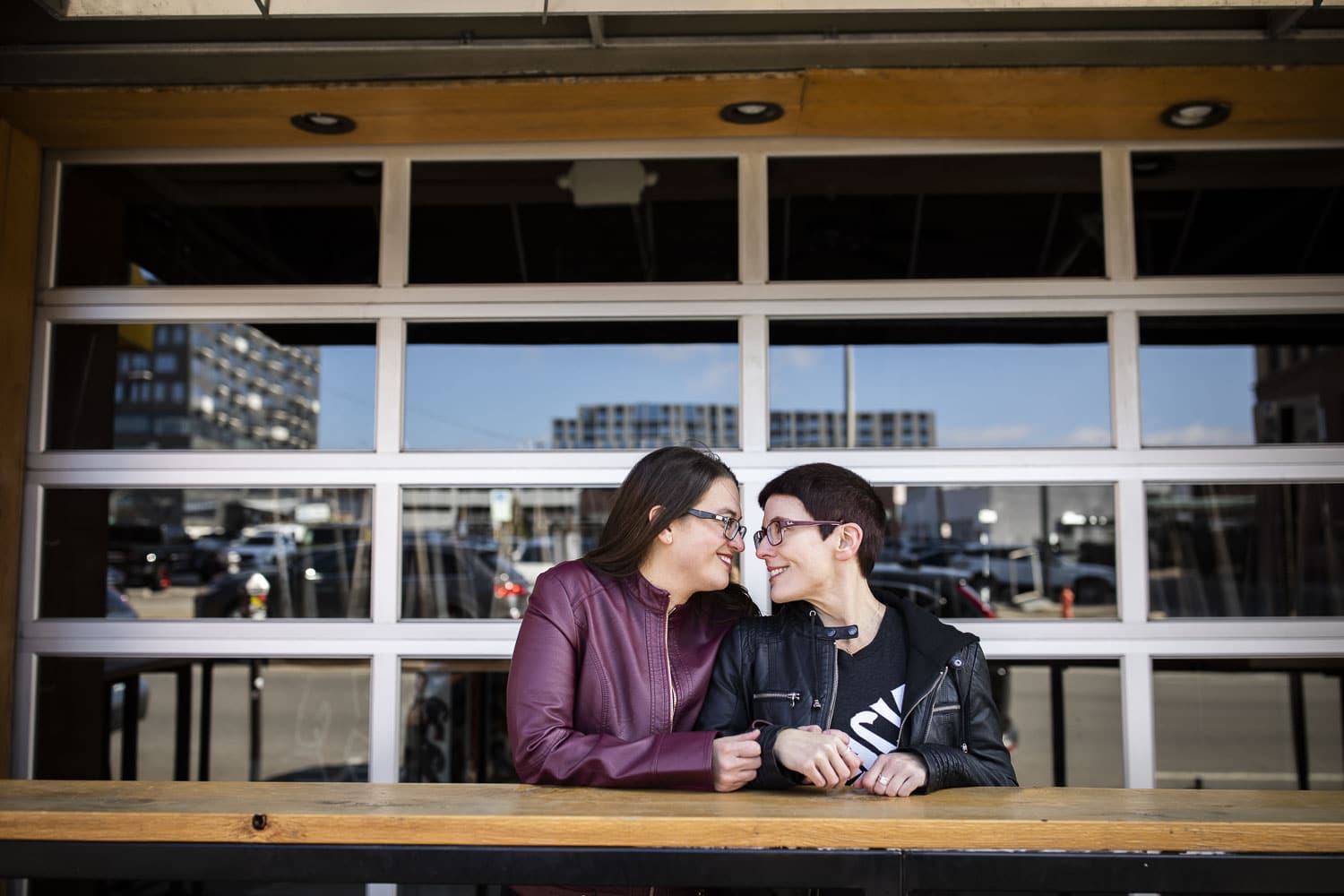 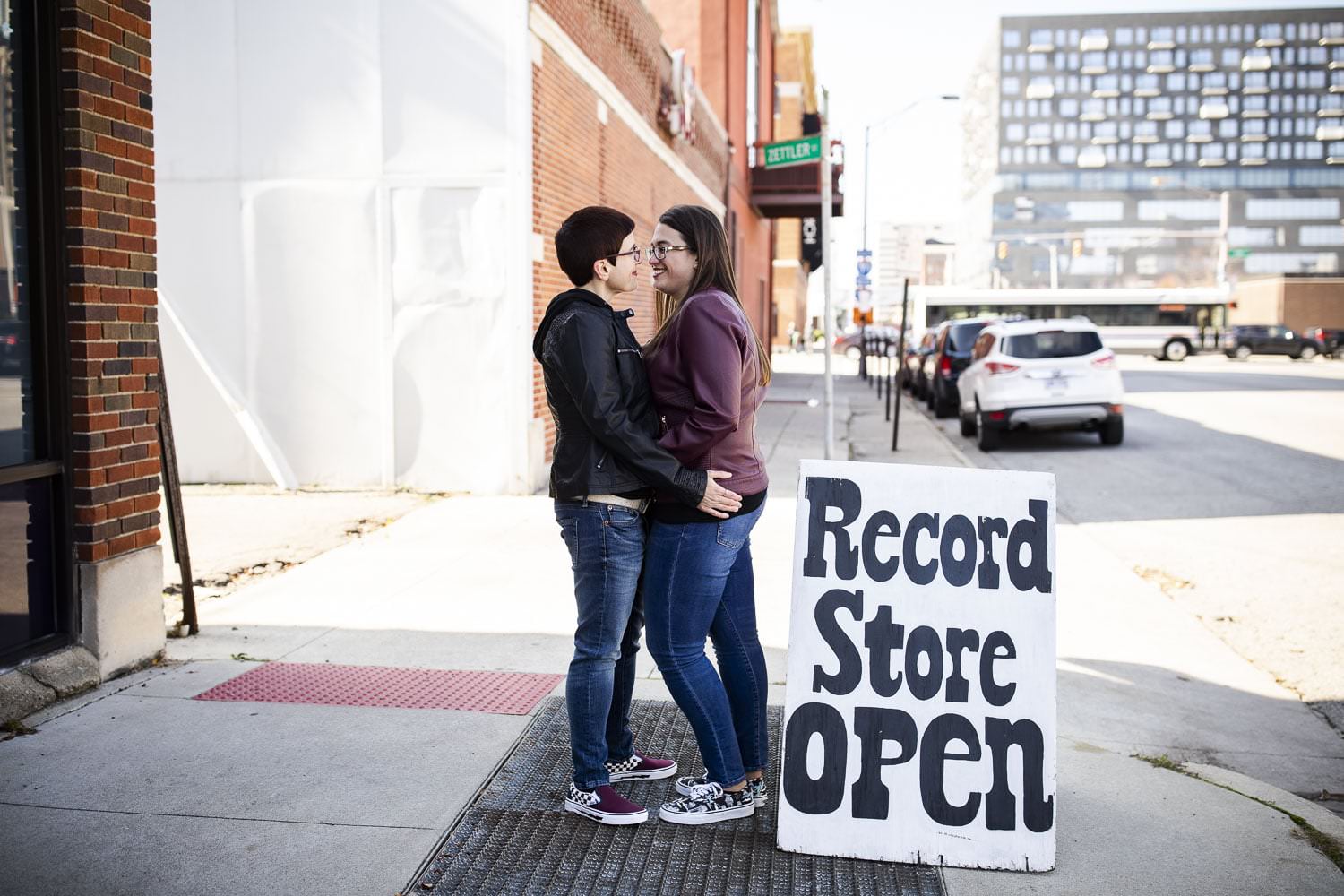 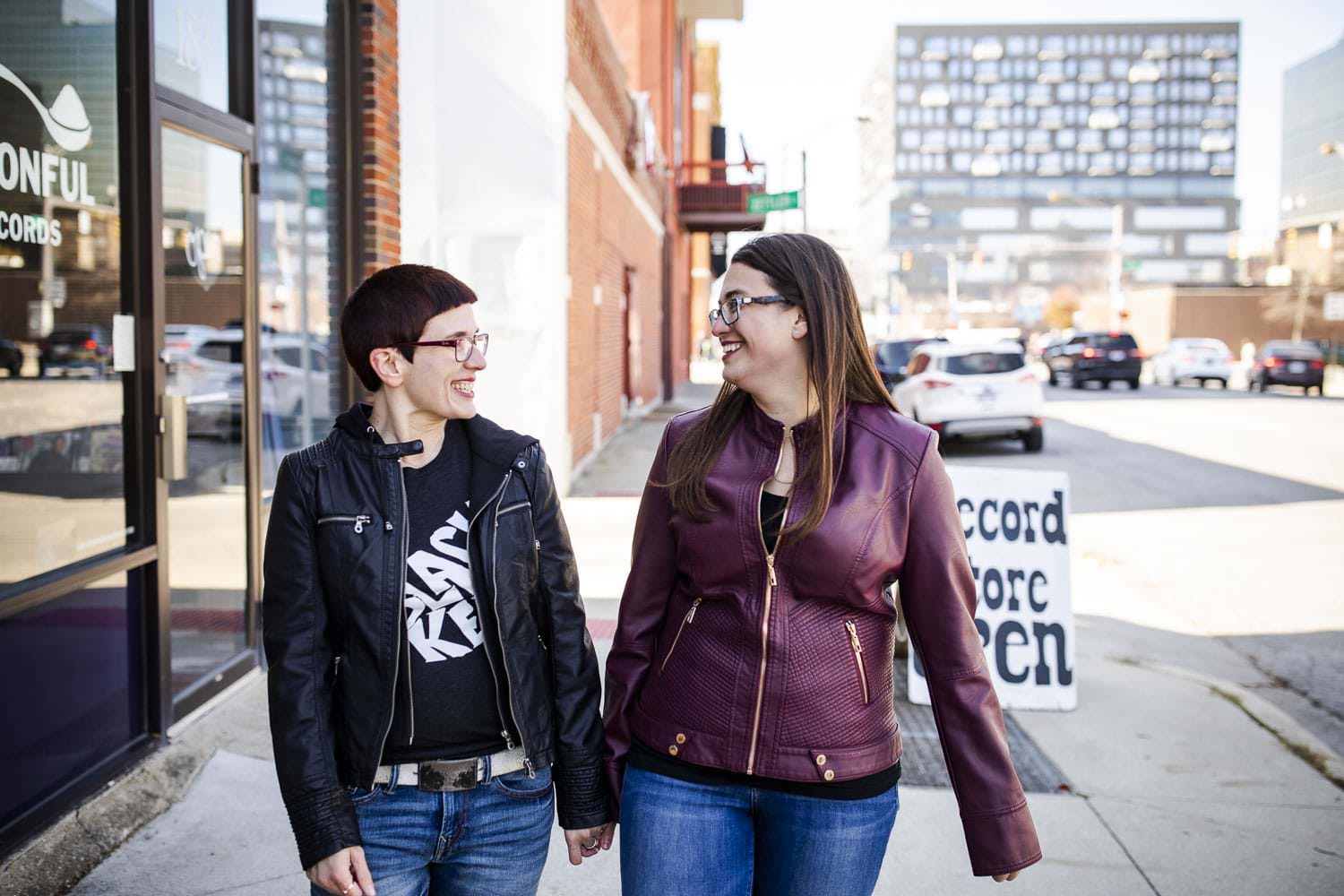 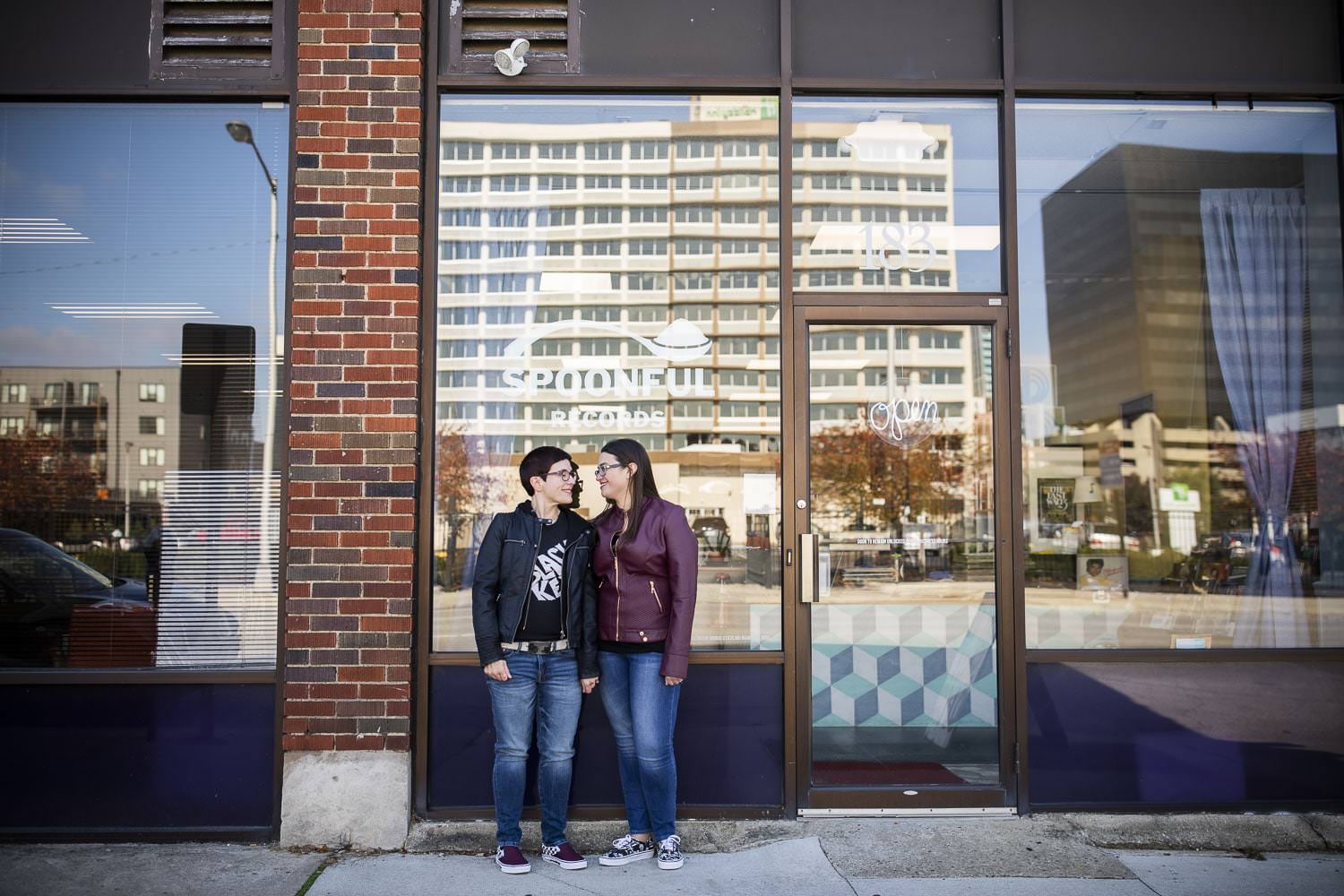 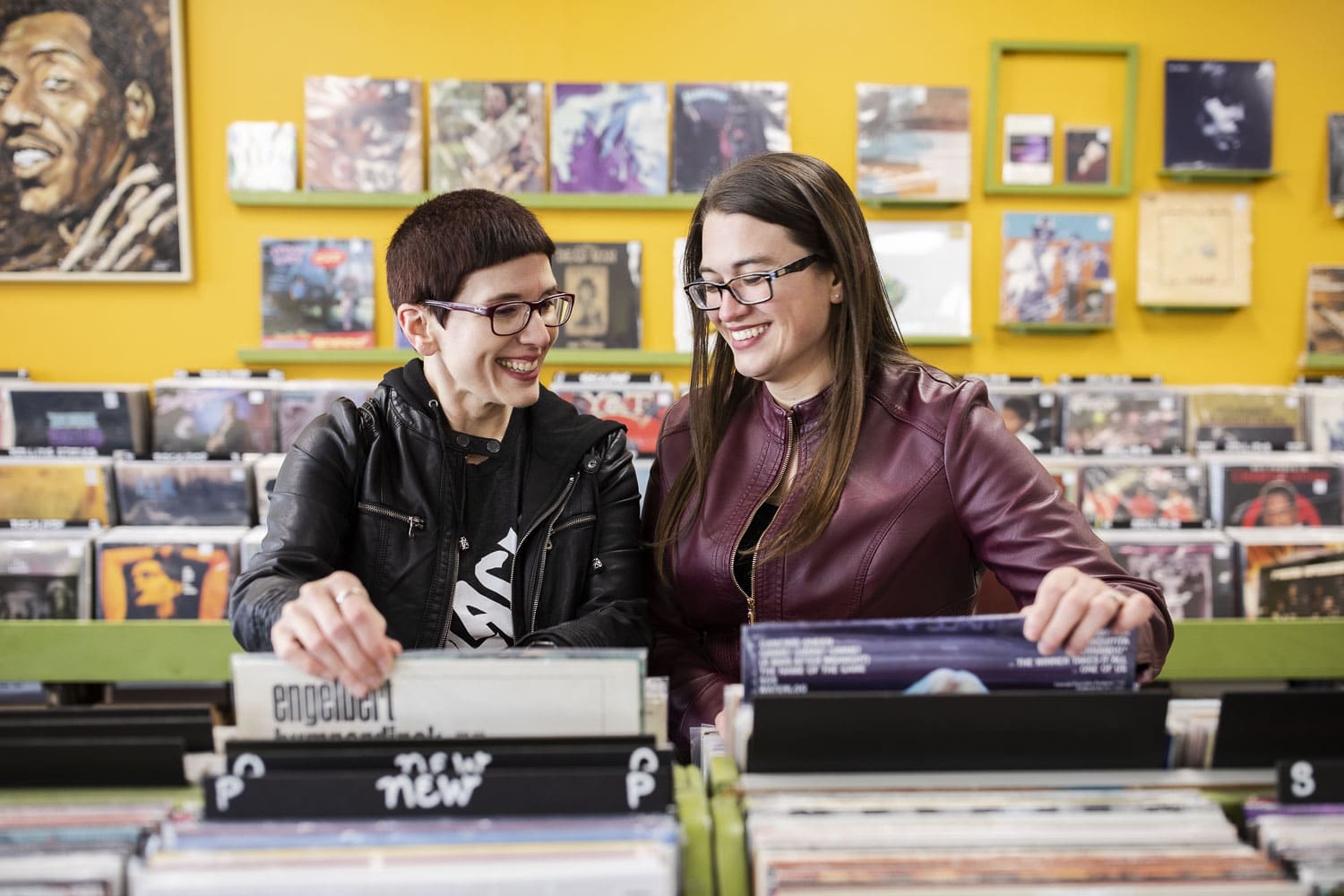 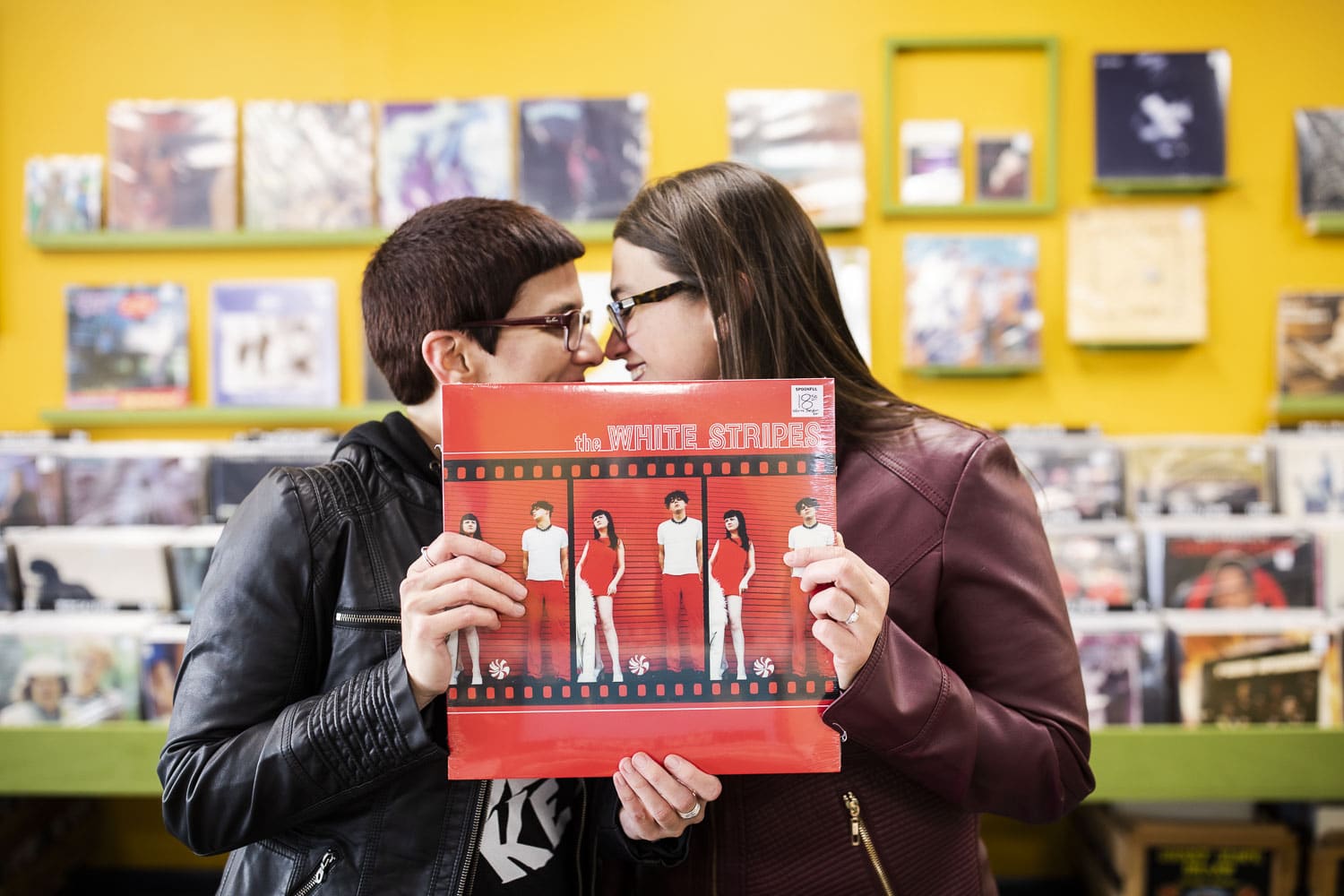 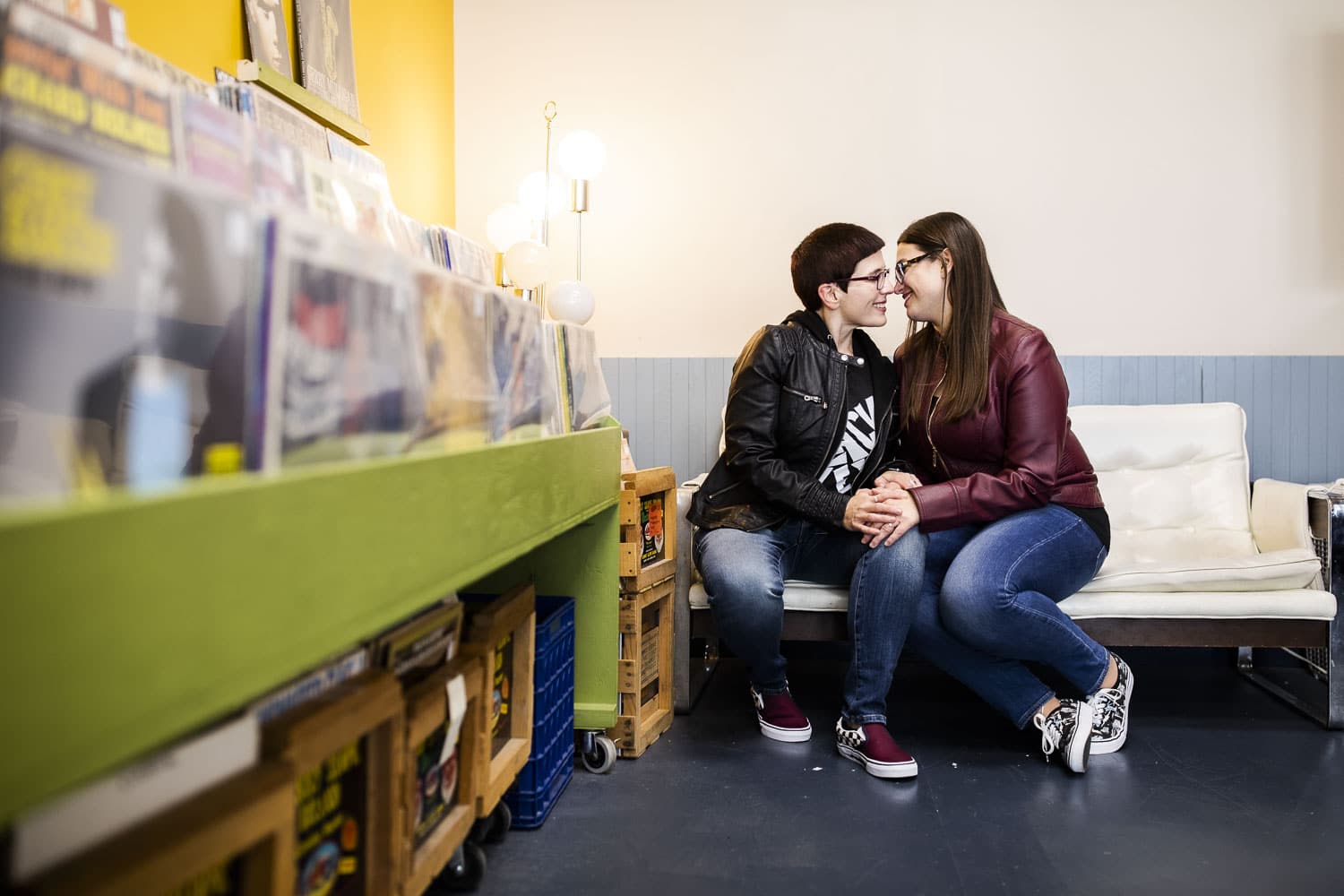 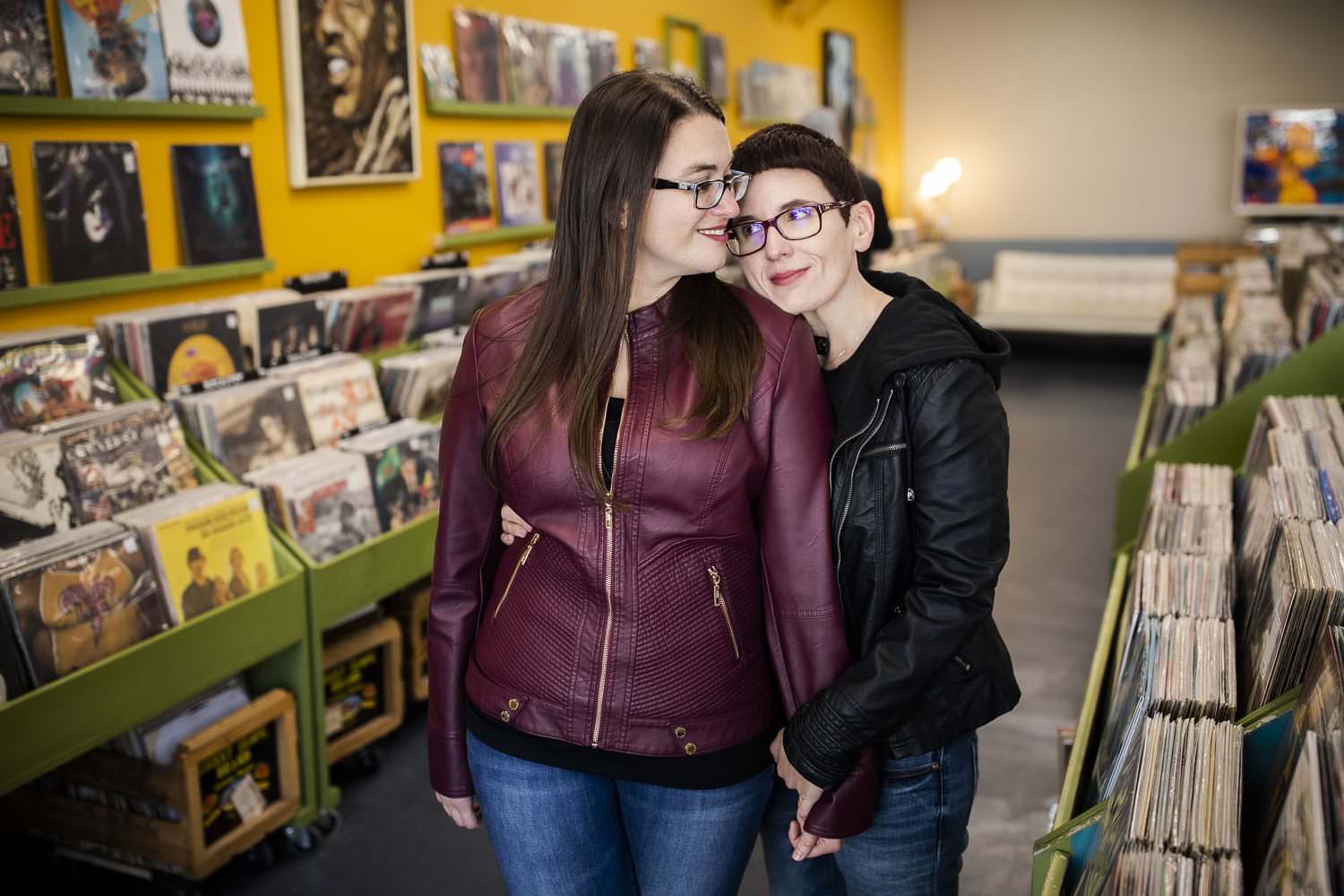 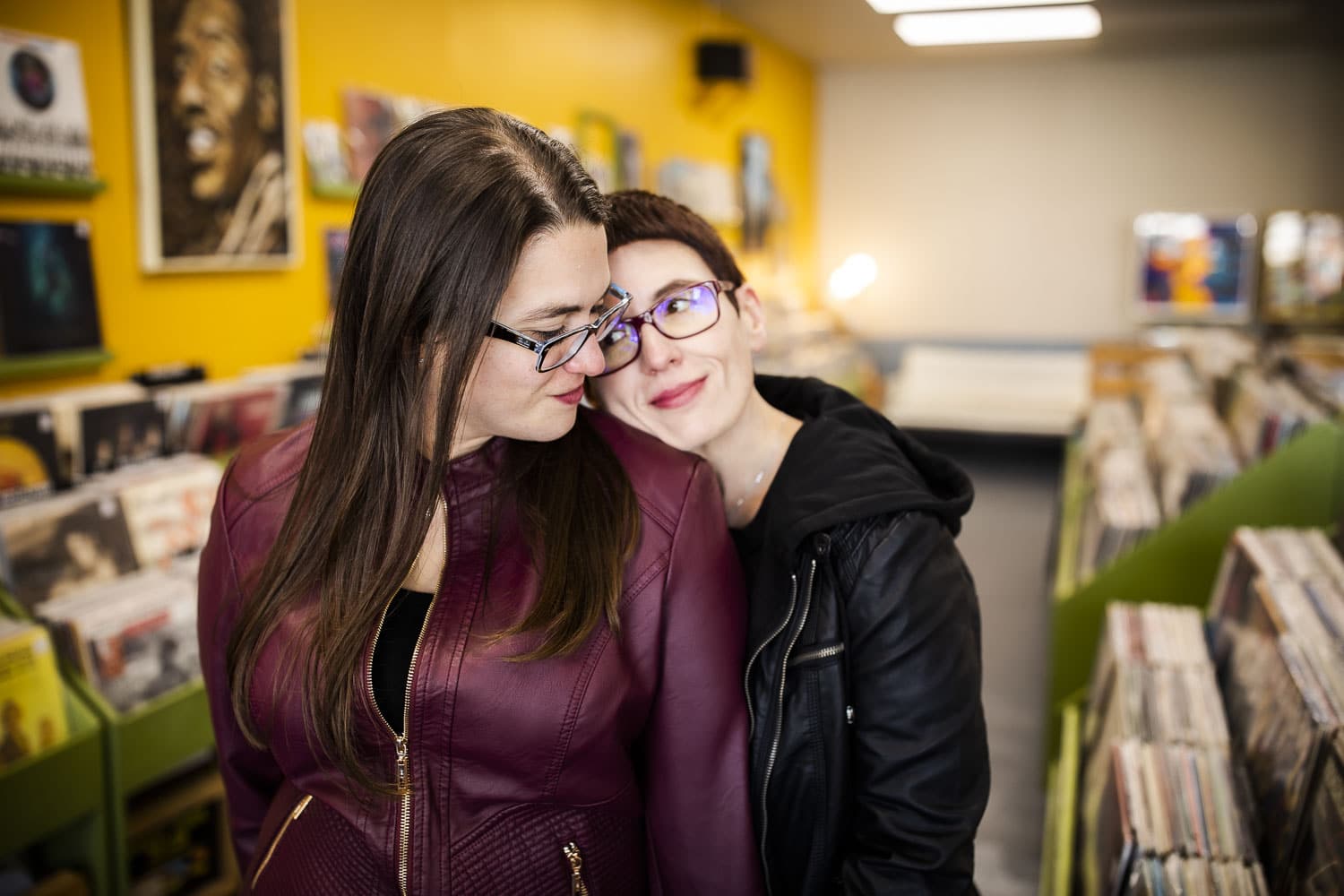 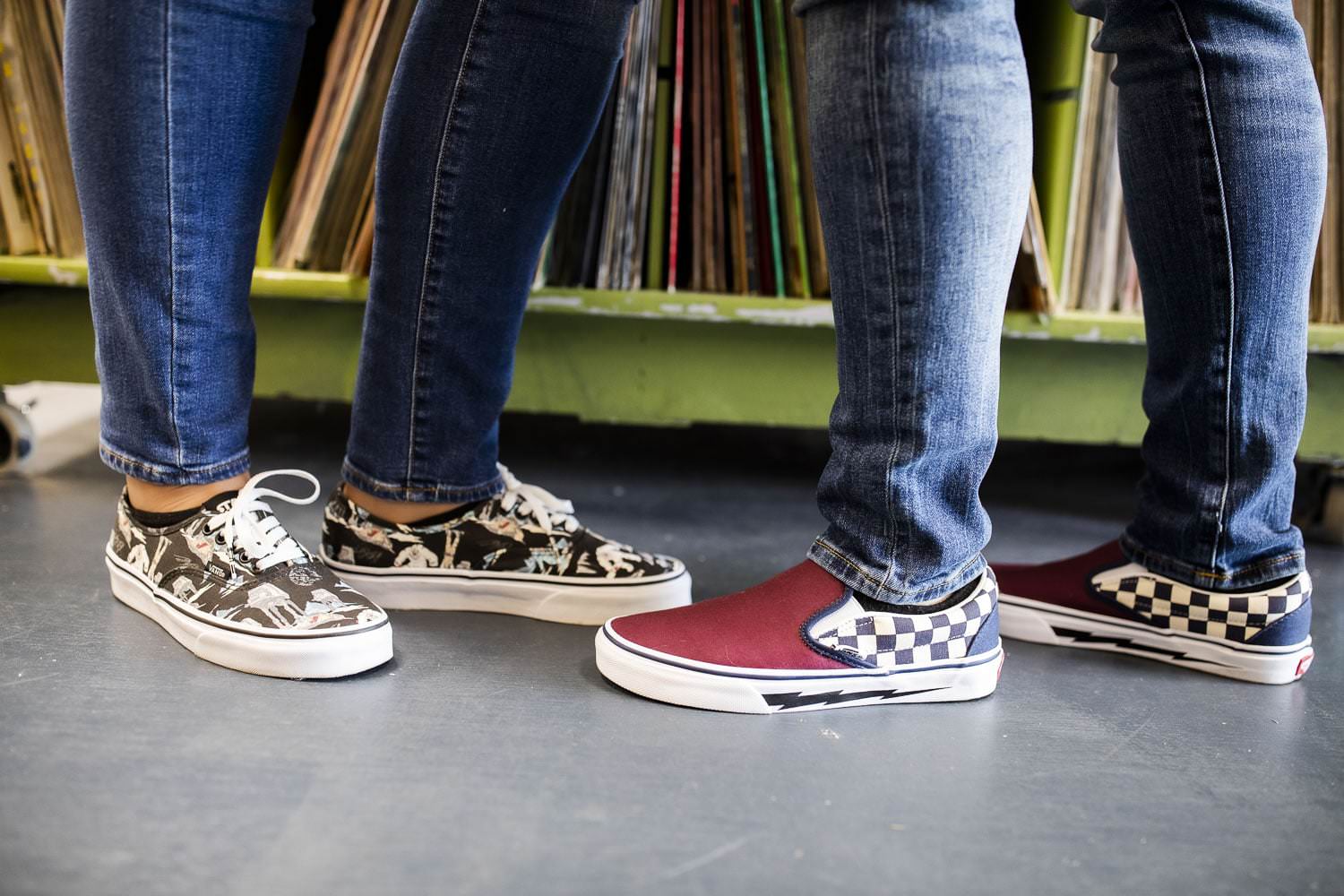 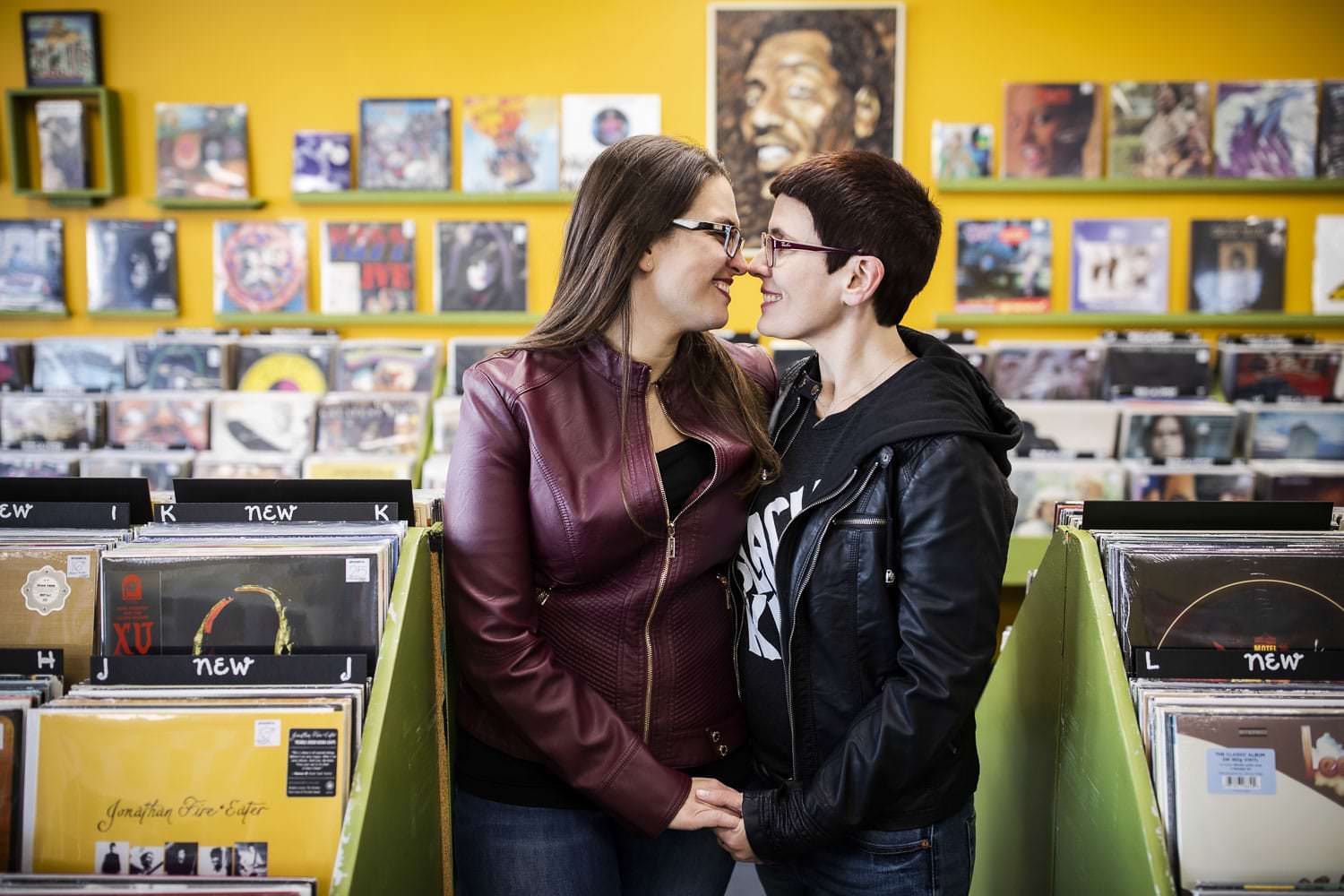