On a Thursday evening in late March, I staked out my spot in downtown Dublin awaiting Nathaniel and Mayara’s arrival. He had planned a night out together, recreating their first date – dinner at nearby La Scala restaurant, followed by Jeni’s ice cream on the back of his pickup truck. As I waited for them to come out with their ice cream, a surprise shower appeared! I quickly grabbed my cute umbrella from my car and rested it against his car, texted Nathaniel that the rain was light enough to proceed if he’s cool with it, and it was still on. They came out, sat in his truck eating ice cream under the umbrella (she was a bit confused by the random umbrella but didn’t question it), and then the rain cleared! Nathaniel proceeded to get down on one knee and pop the question, and Mayara said yes! Afterwards we walked around the block for additional portraits as twilight set in, including a few shots inside Jeni’s ice cream shop. Congratulations to the the newly engaged couple! 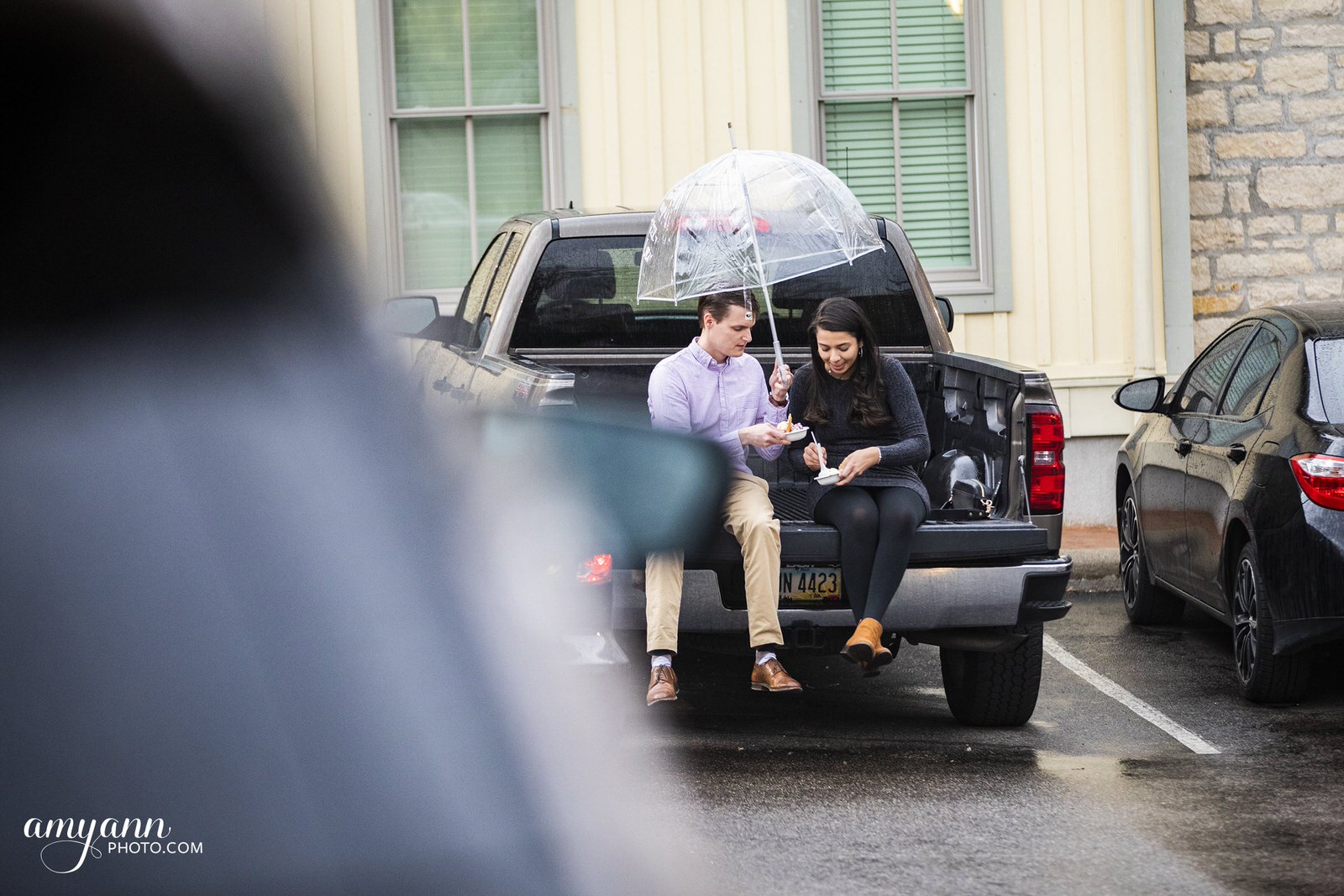 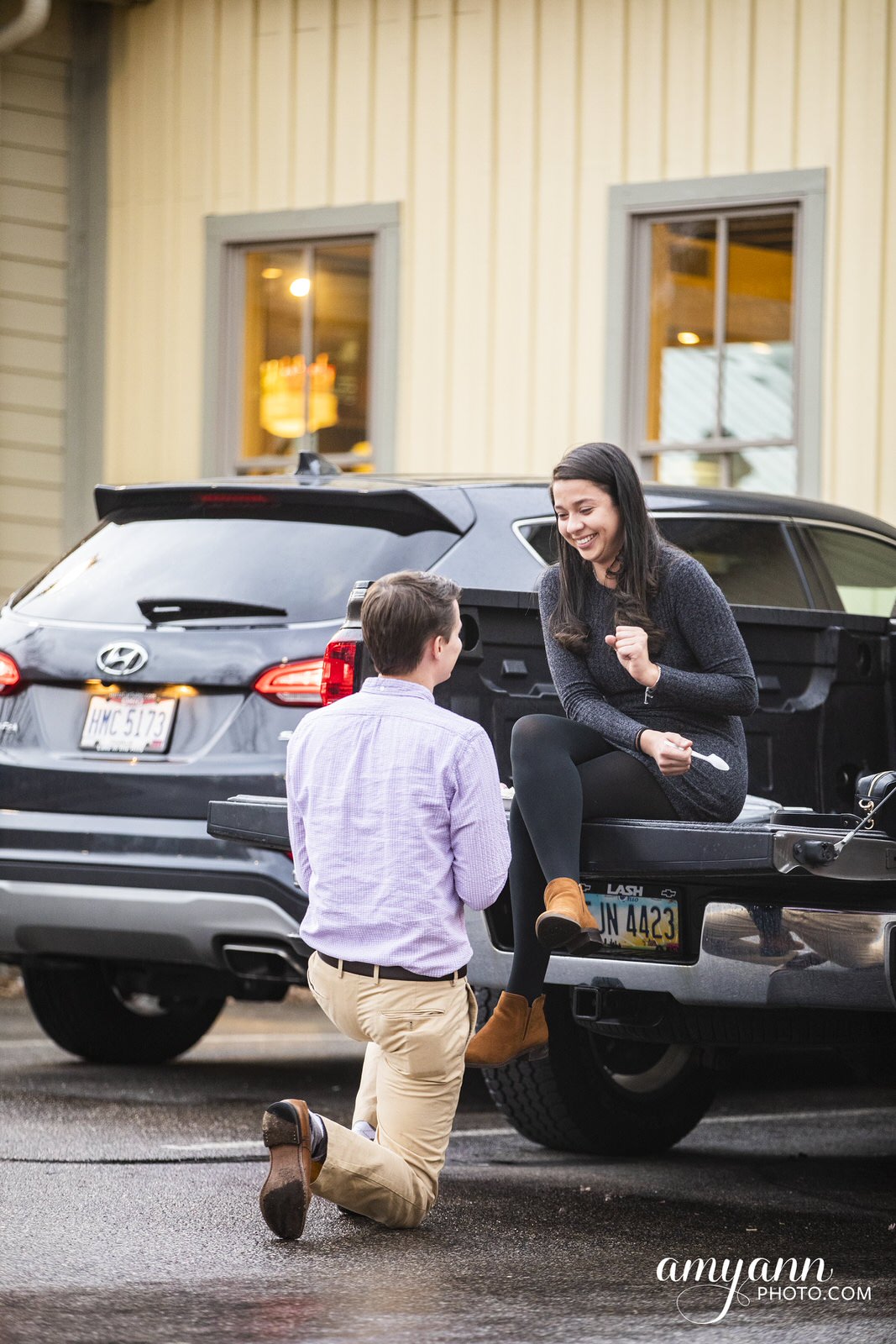 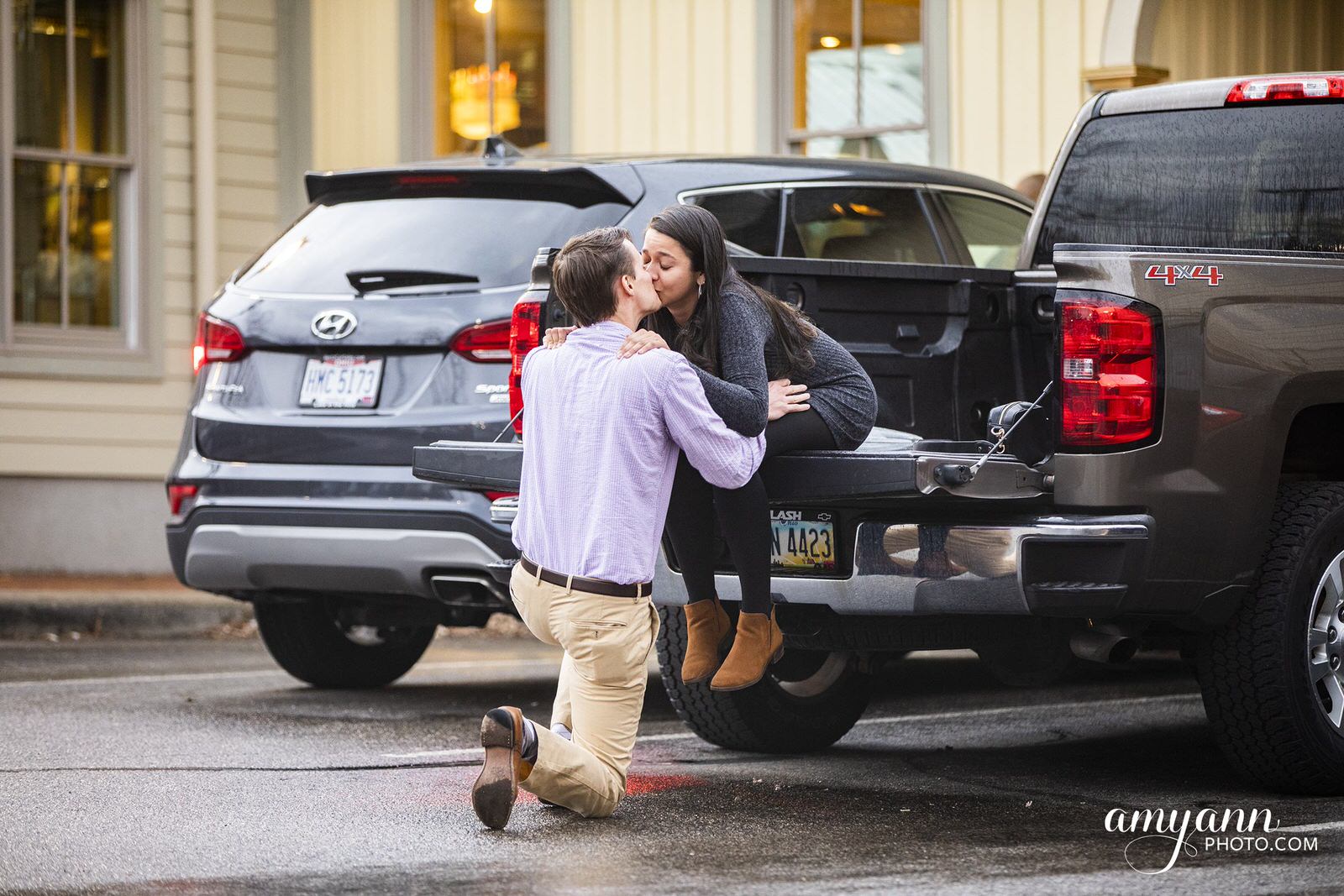 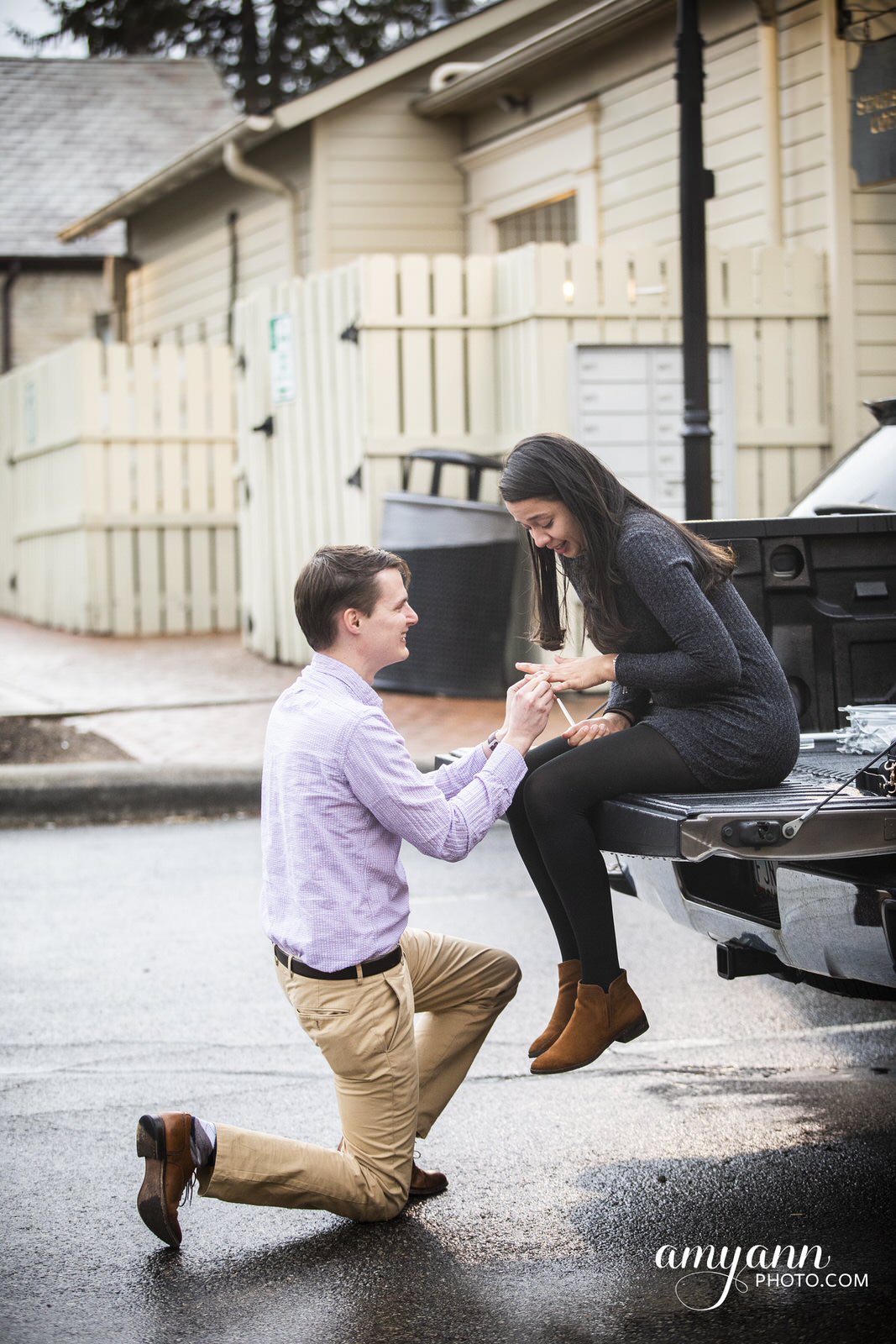 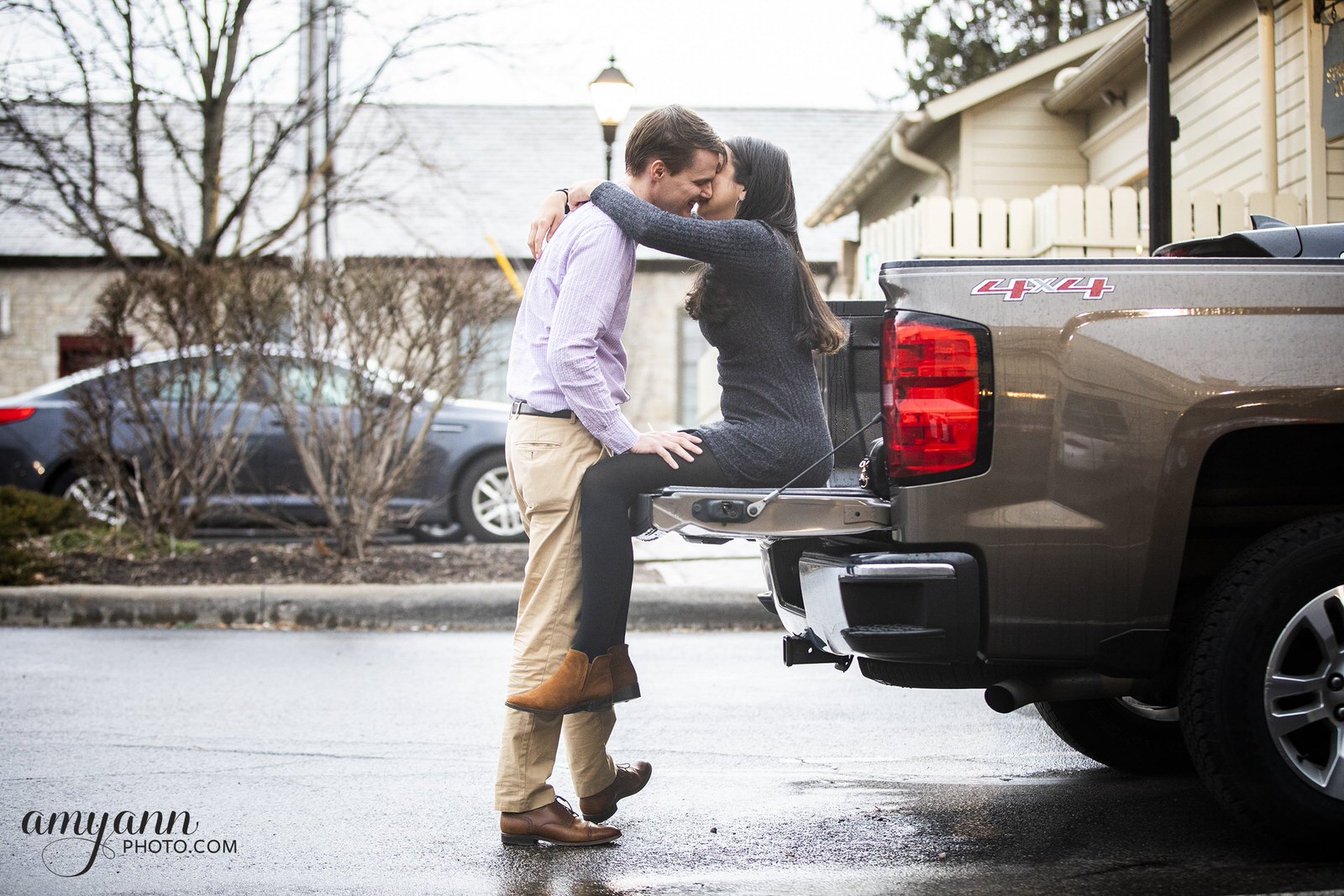 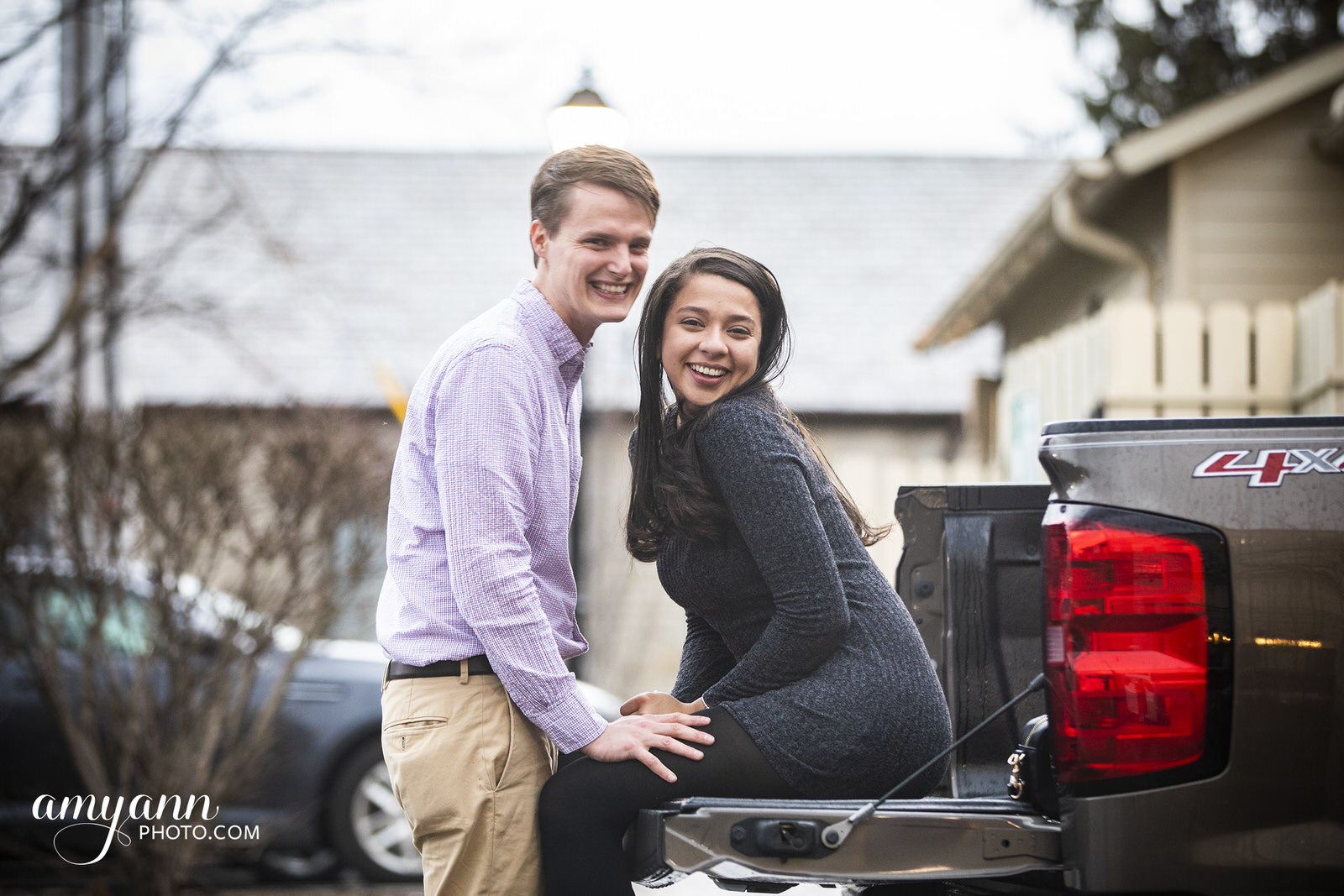 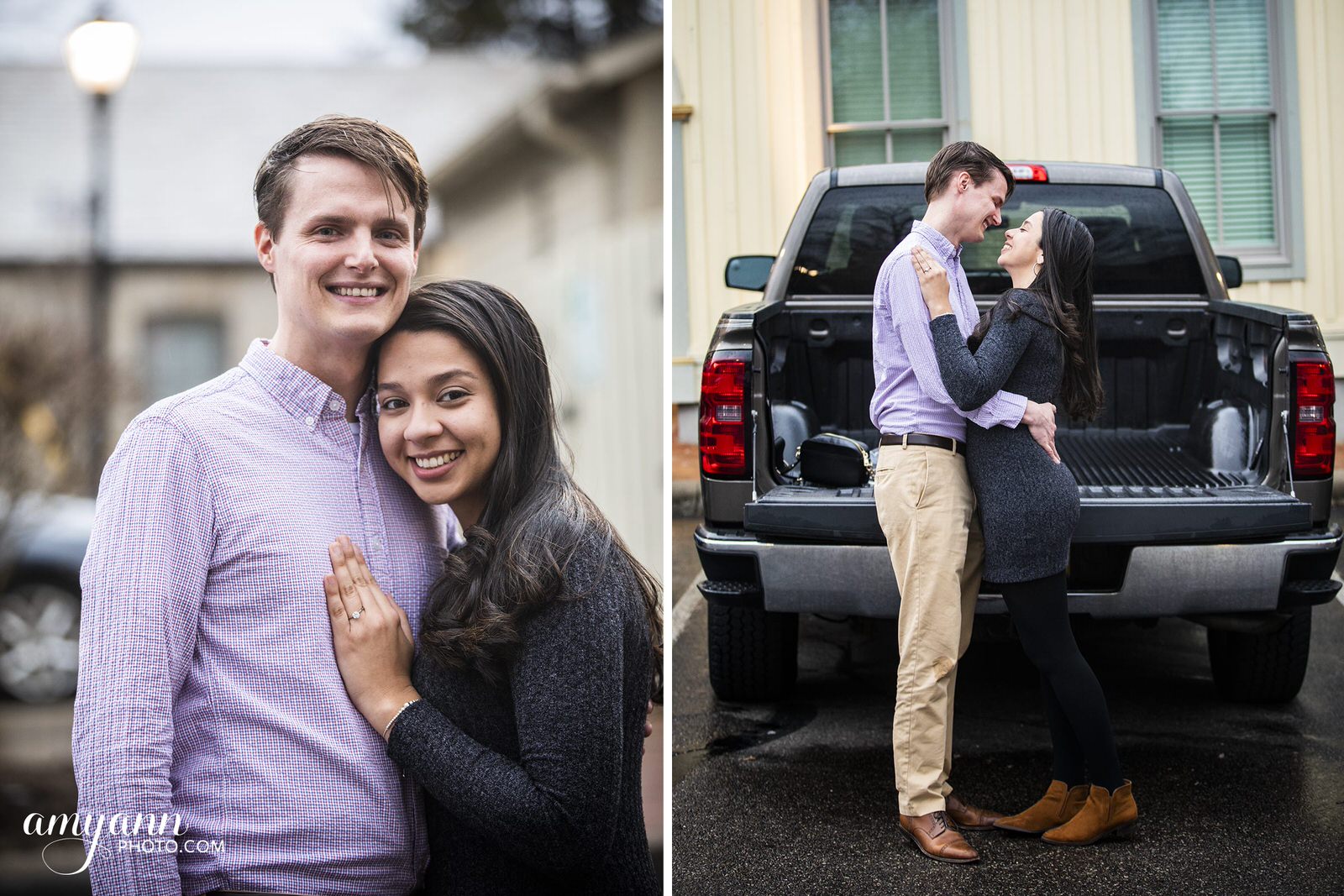 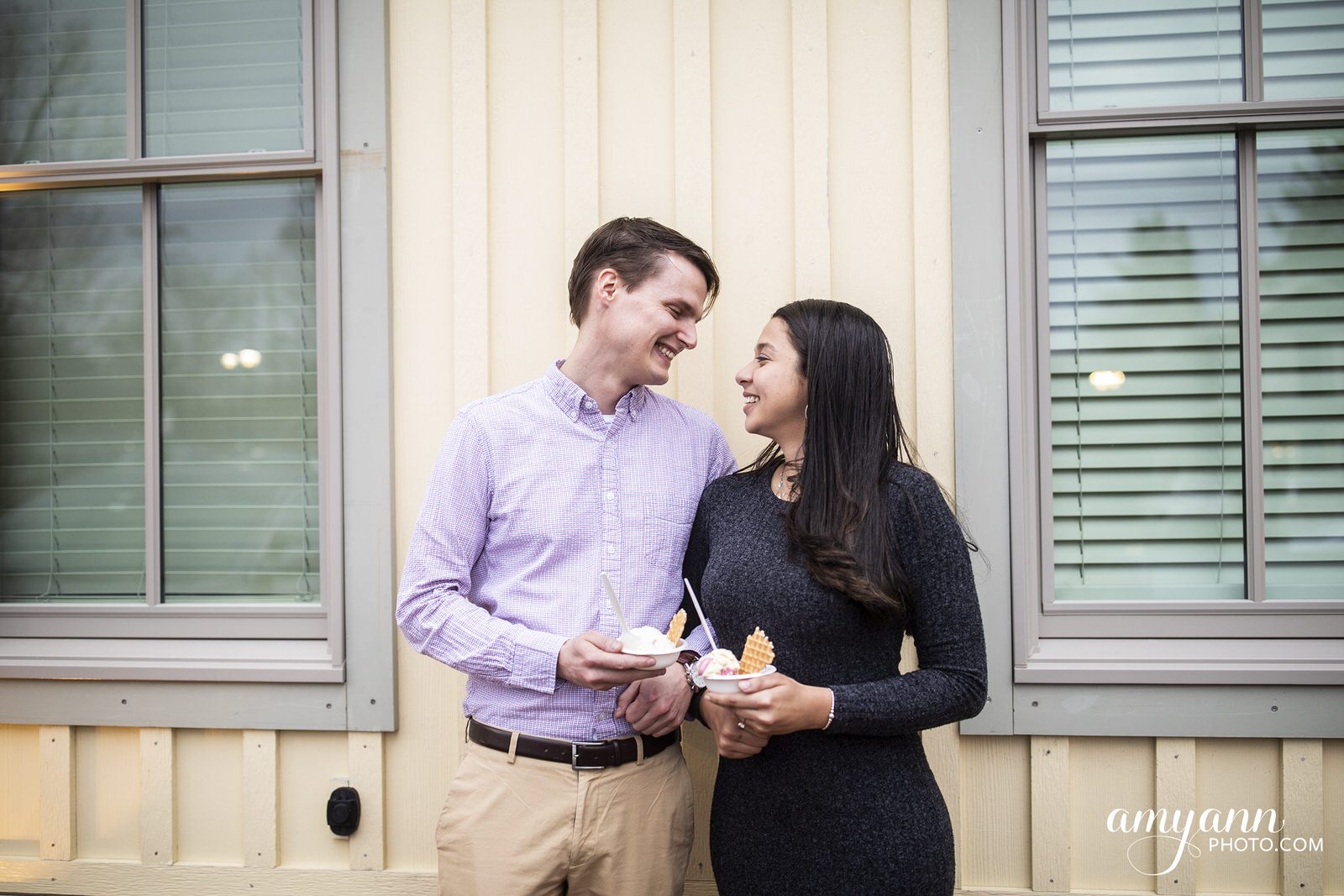 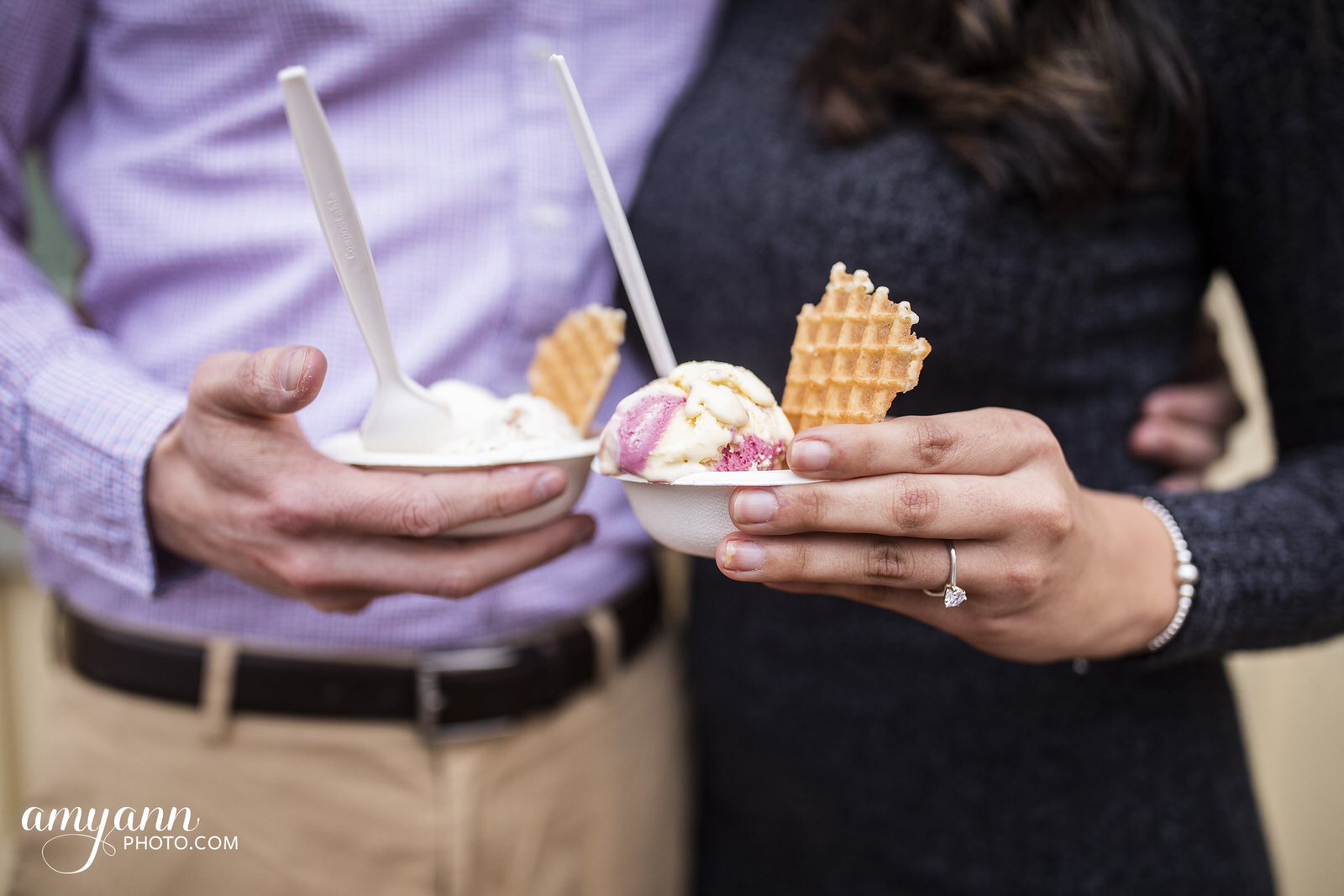 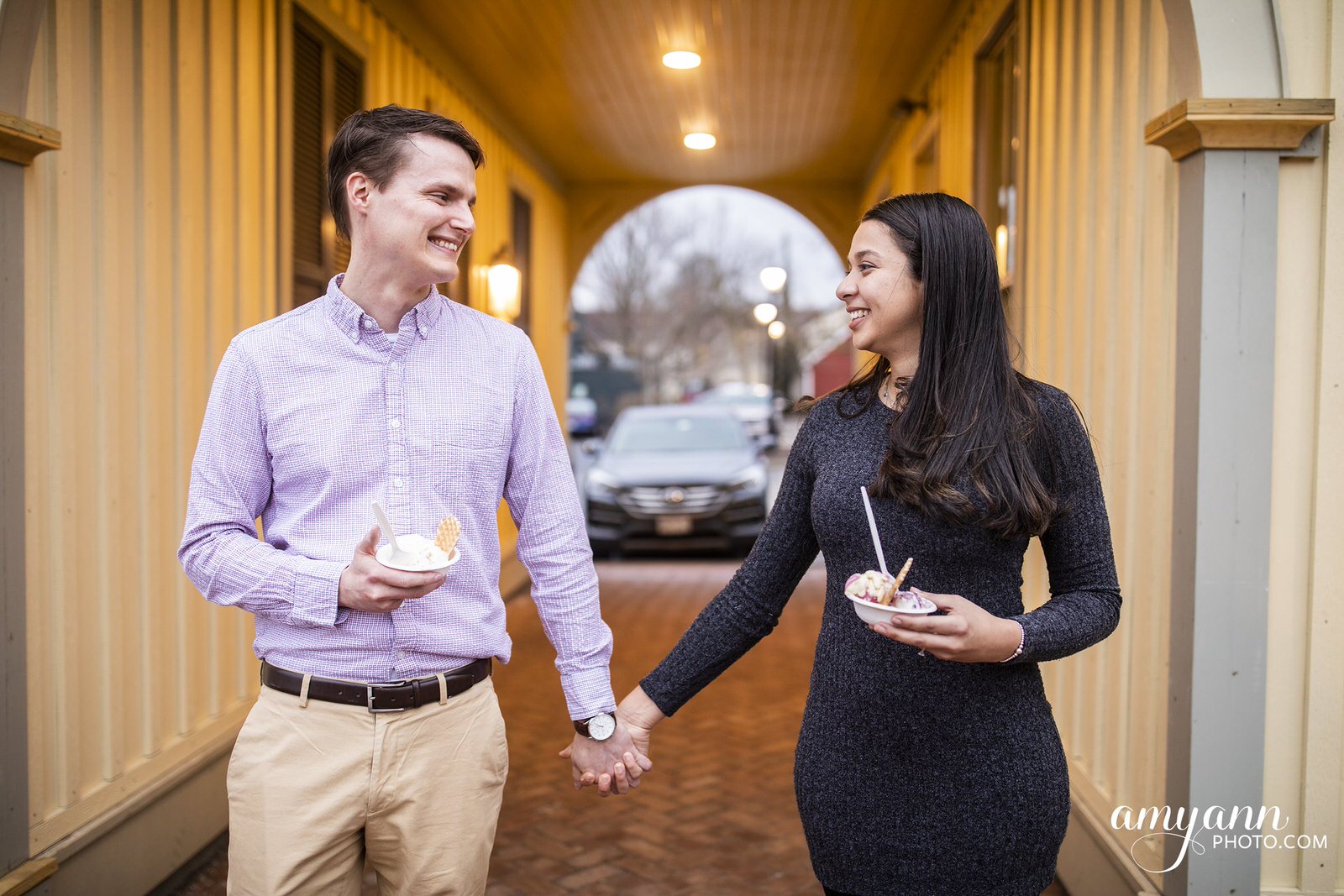 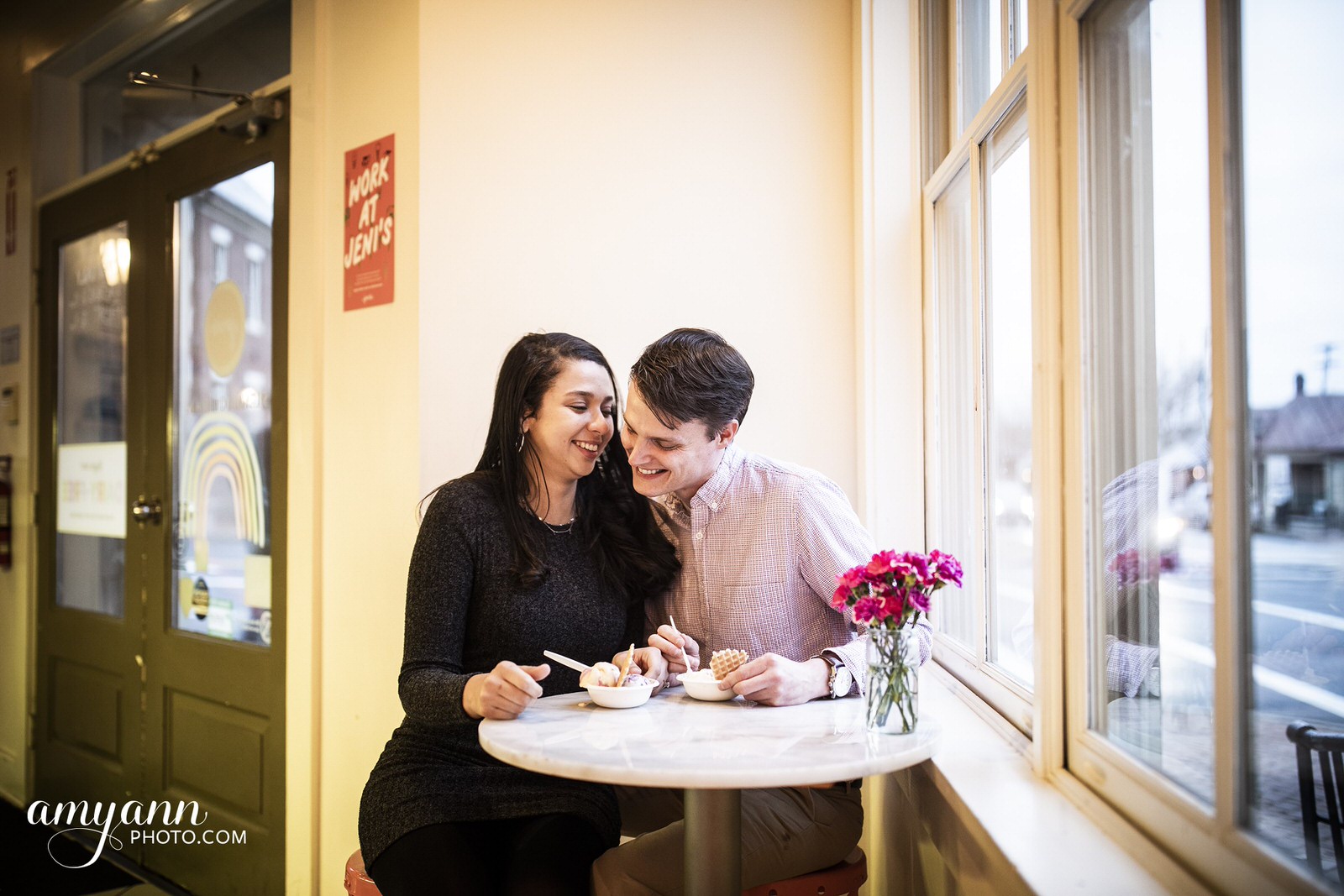 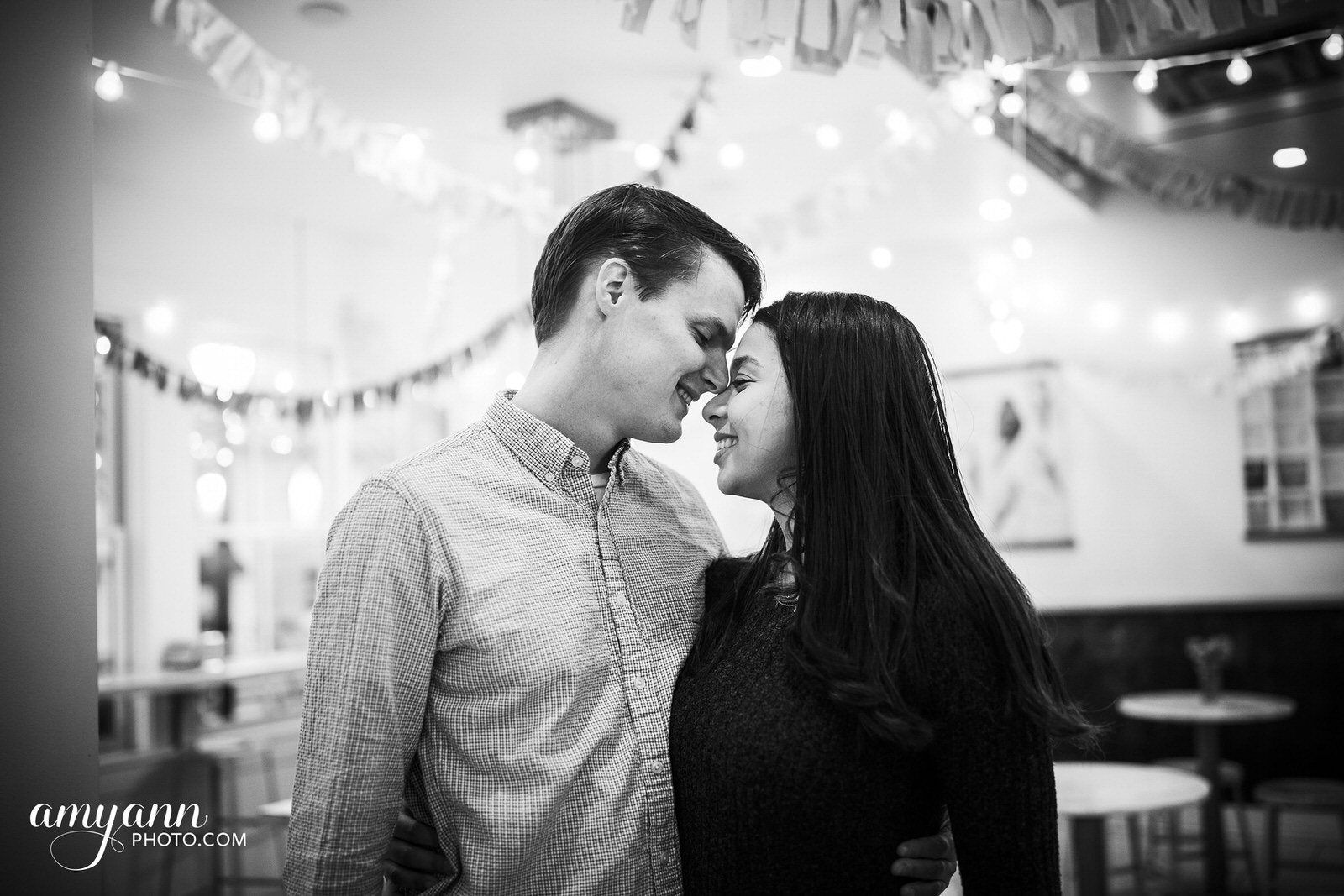 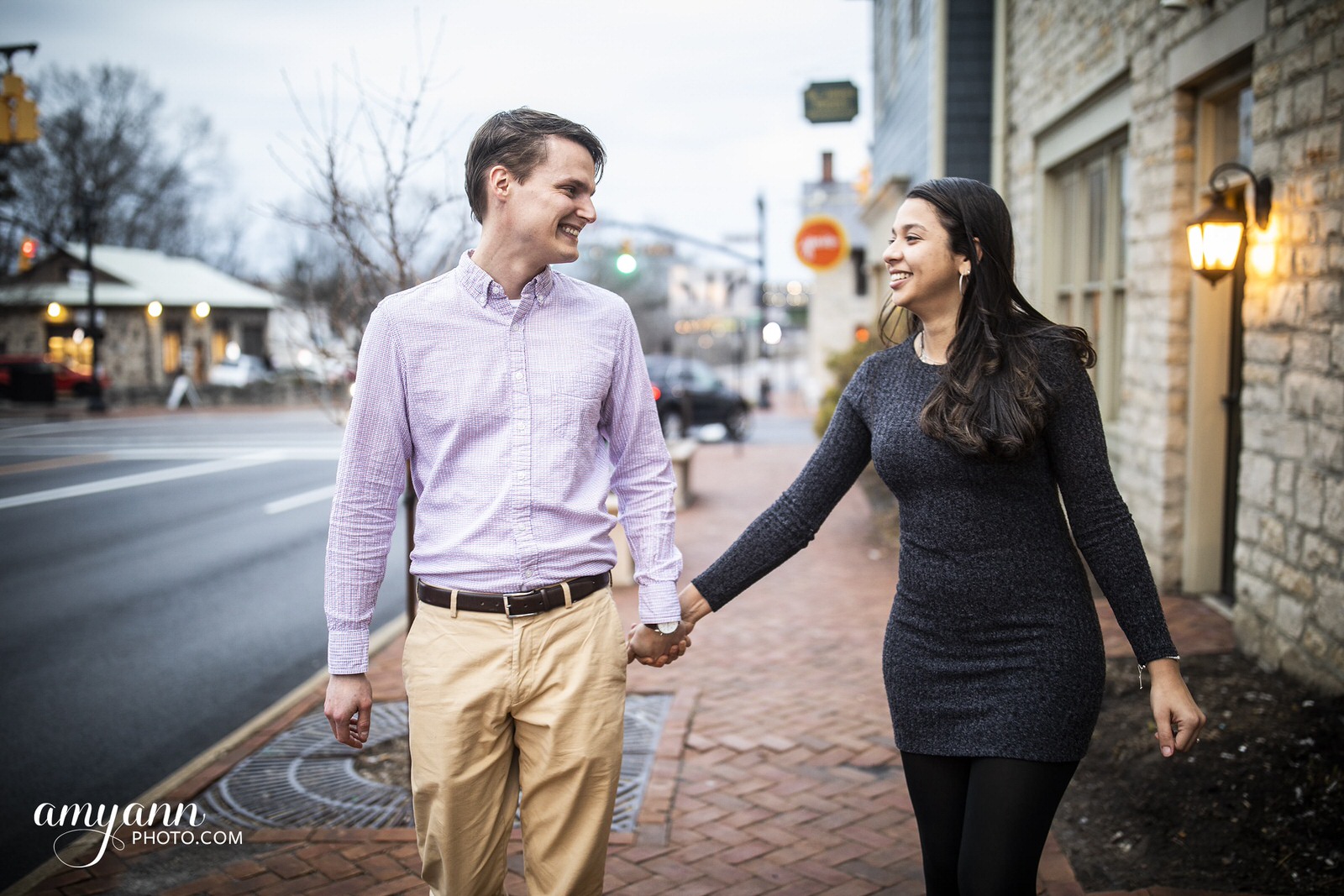 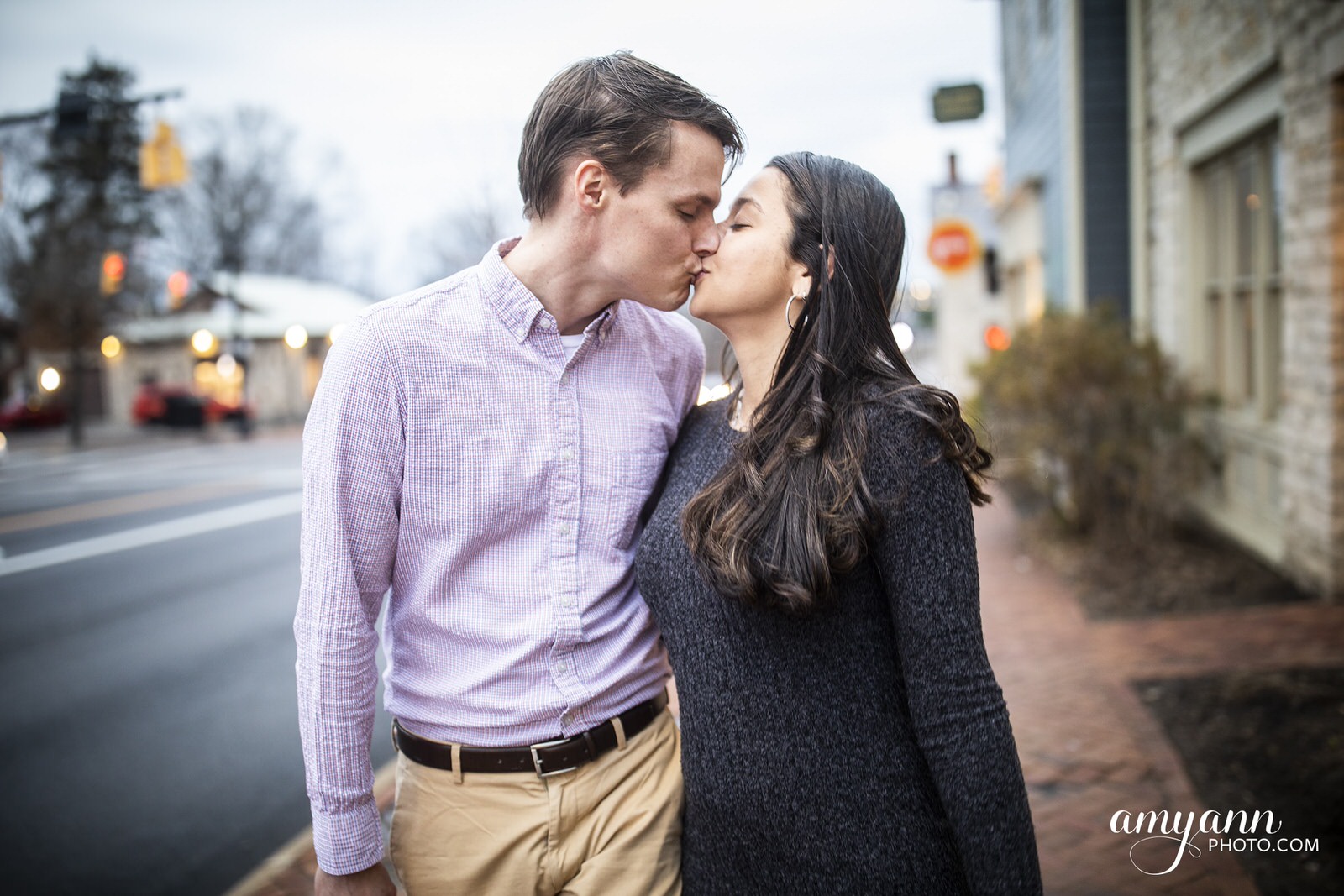 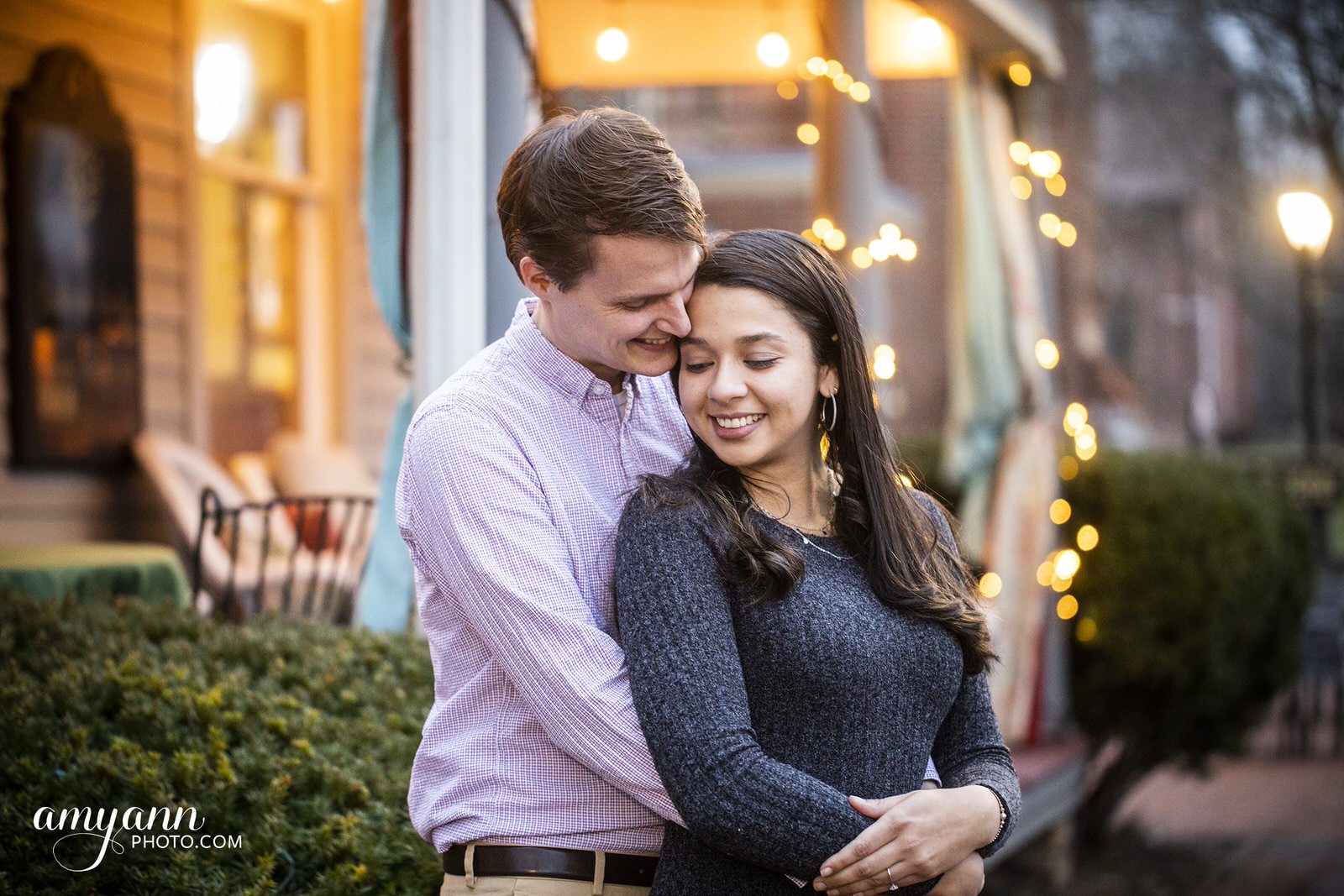 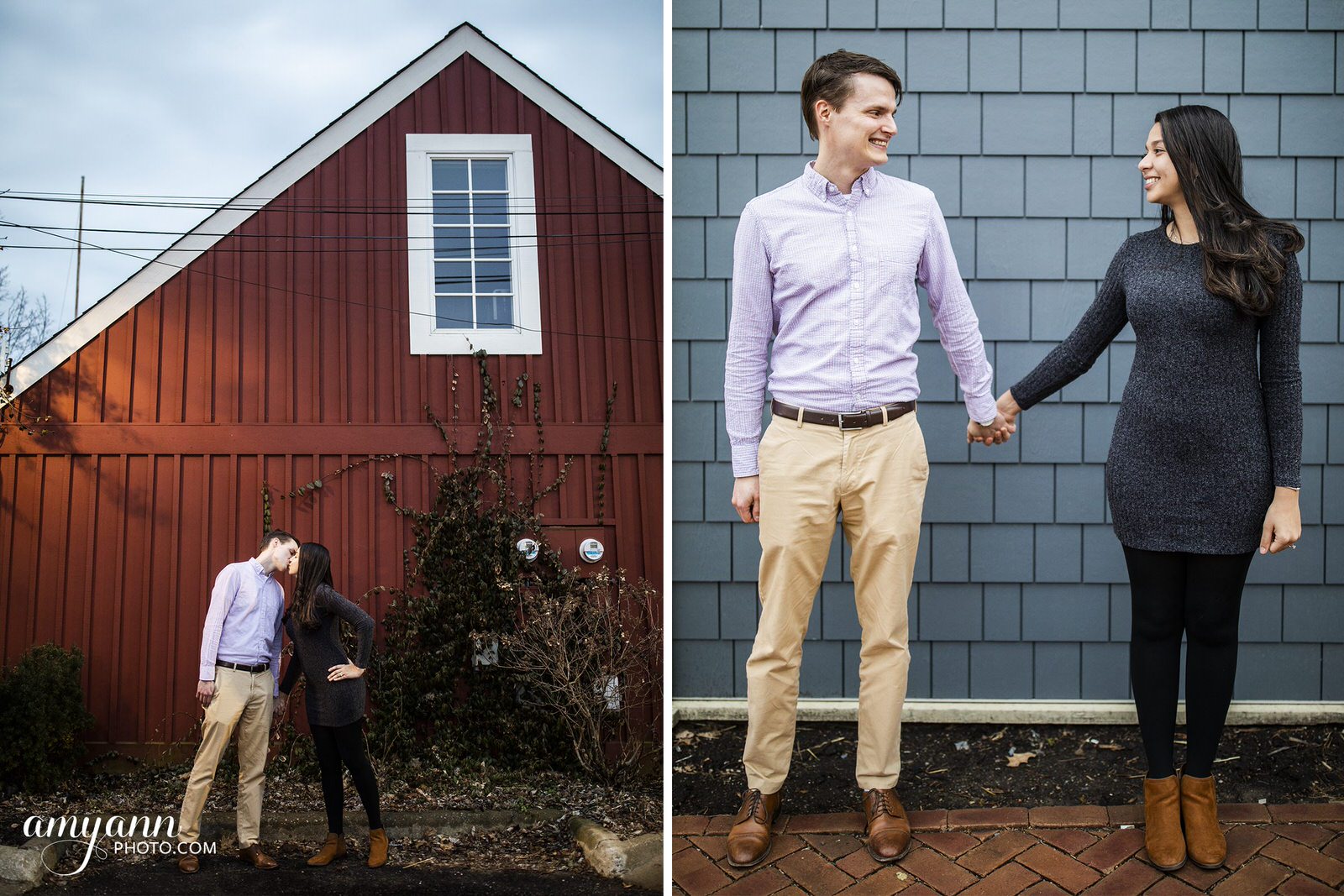 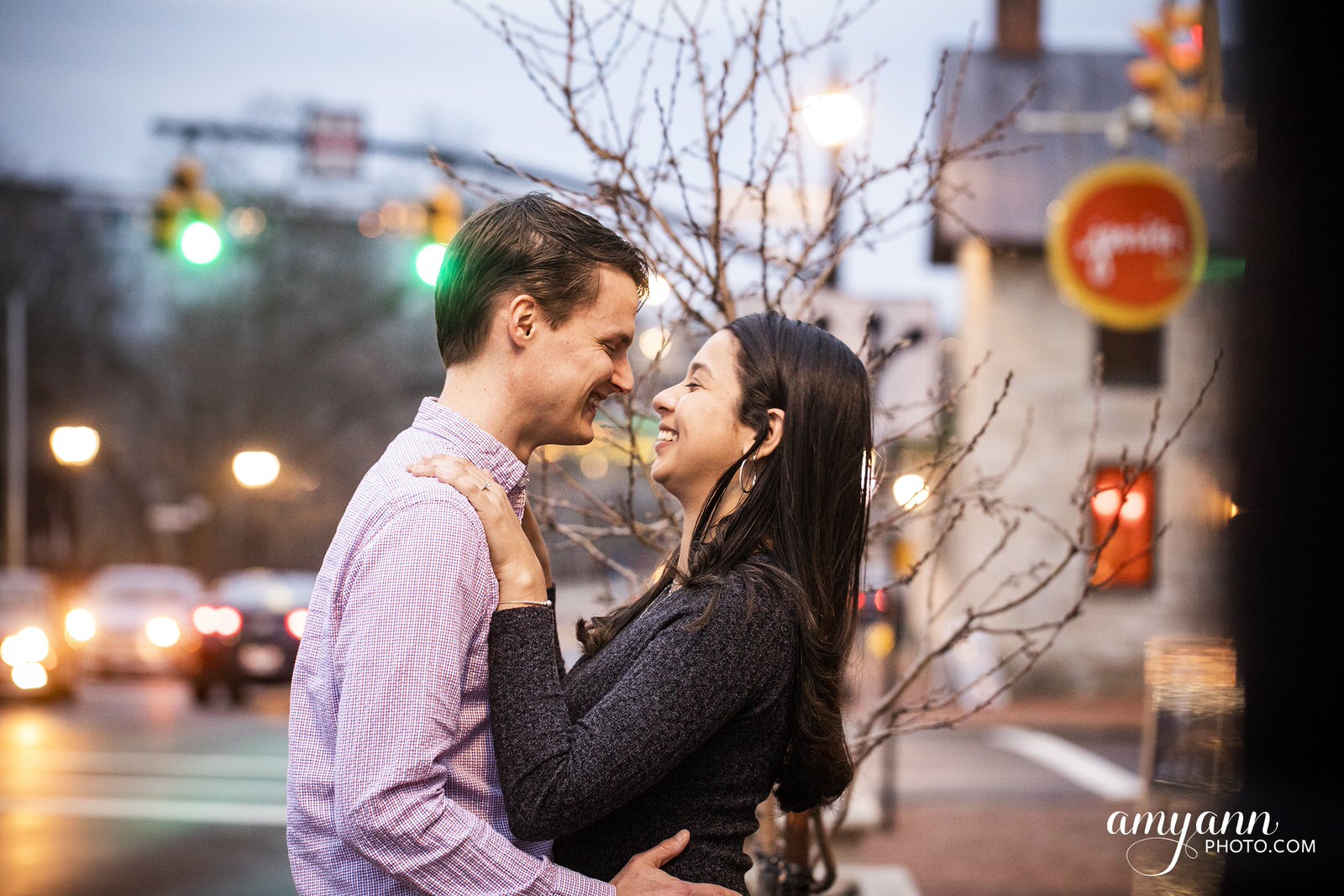 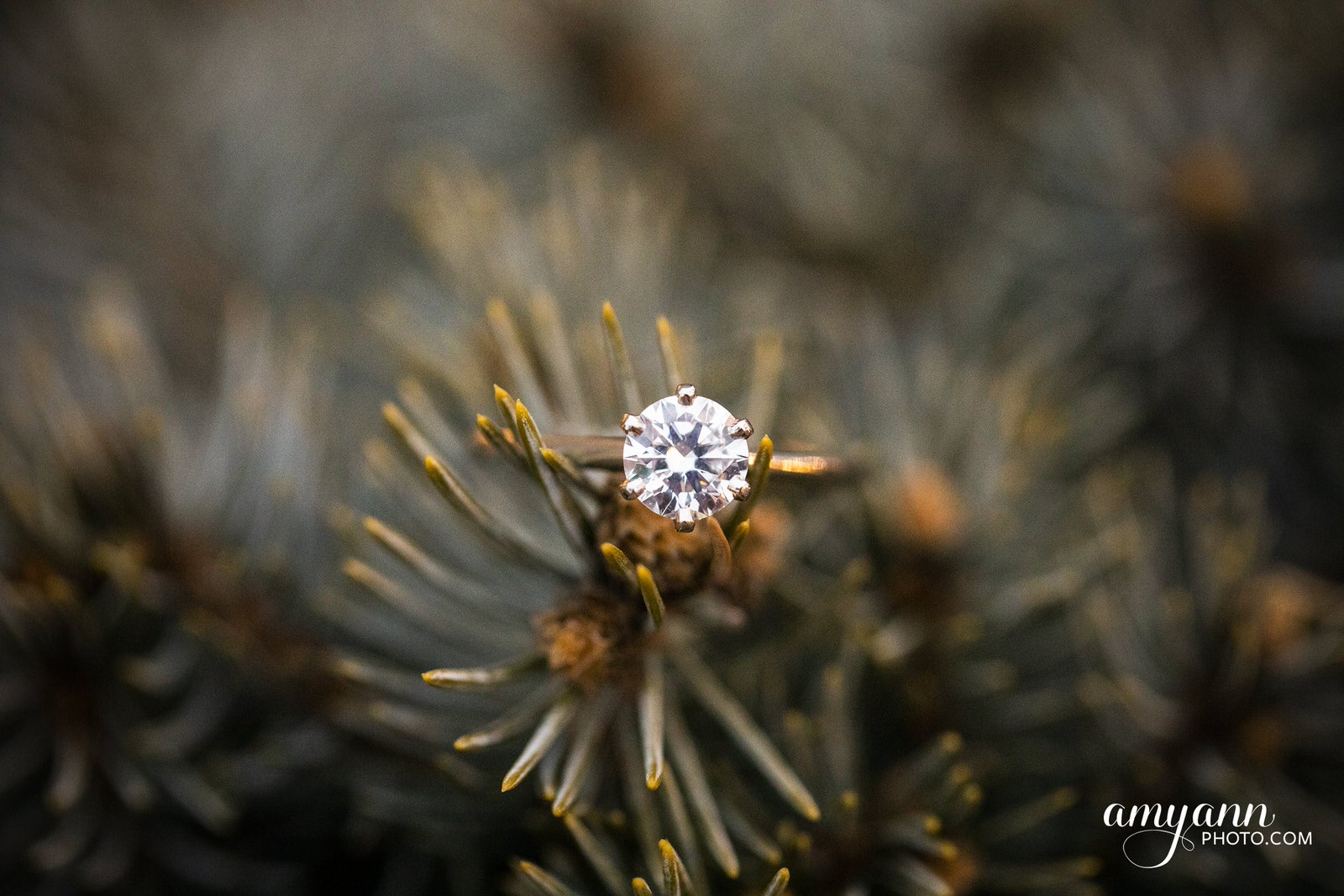